Heidi, 48, shared several snaps on Instagram of the judges goofing around on a couch amid auditions for the upcoming 17th season of the NBC talent show.
'Whats happening,' Heidi wrote as a caption for her roughly 9.2 million followers. 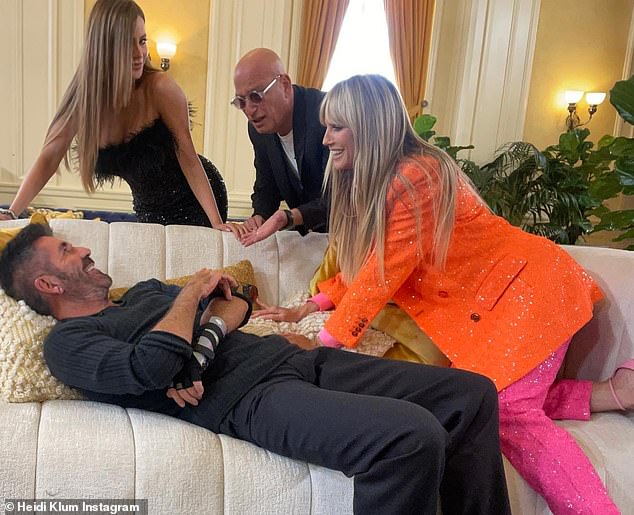 Heidi wore a pastel pantsuit with a pink top and trousers and orange jacket as she reclined across the laps of Simon, 62, and Sofia, 49, as Howie, 66, leaned in smiling.
Simon in another photo gave two thumbs up as Sofia in a strapless black dress and heels draped her hand over his shoulder as Heidi and Howie beamed in the background.
Heidi wore sunglasses as she flashed a peace sign while standing on the couch hovering over Simon who laid back with his arms crossed.
Simon was wearing a wrist cast in the social media photos after recently breaking his arm in an electric bike crash in his hometown of London. 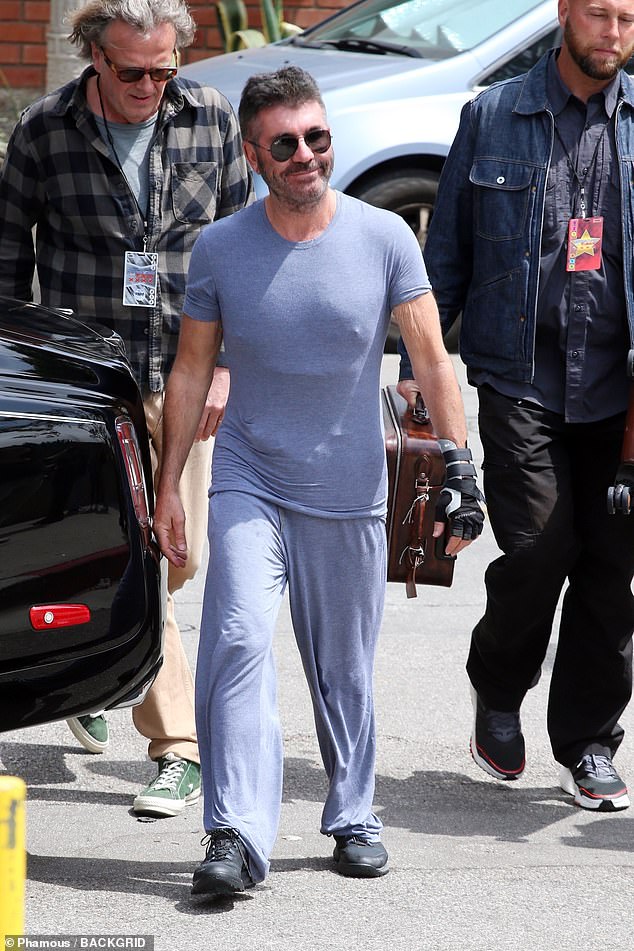 The stars were also spotted heading into America's Got Talent on Sunday.
Cowell kept it comfy in a tight grayish-blue shirt and loose-fitting sweatpants with a pair of Ray-Bans on.
Klum brought a bit more pizazz with her ensemble that consisted of a long multi-colored robe and tall platform boots.
Mandel wore a simple black and gold track suit into the taping for the show.
Next Post Previous Post
Celebrities Gossip