Brooklyn Beckham takes a saucy liberty as he rests his hand on bride Nicola Peltz’s bottom after arriving for a lavish brunch Sunday in the final part of their $4million wedding extravaganza.
The newlyweds drove only a few hundred yards to the event on the Peltz family compound in Palm Beach, Florida, in what appeared to be a 1958 Jaguar XK150S.
Brooklyn’s look in a cream shirt and khaki-green pants was super casual compared to the tuxedo the 23 year-old wore the previous night. 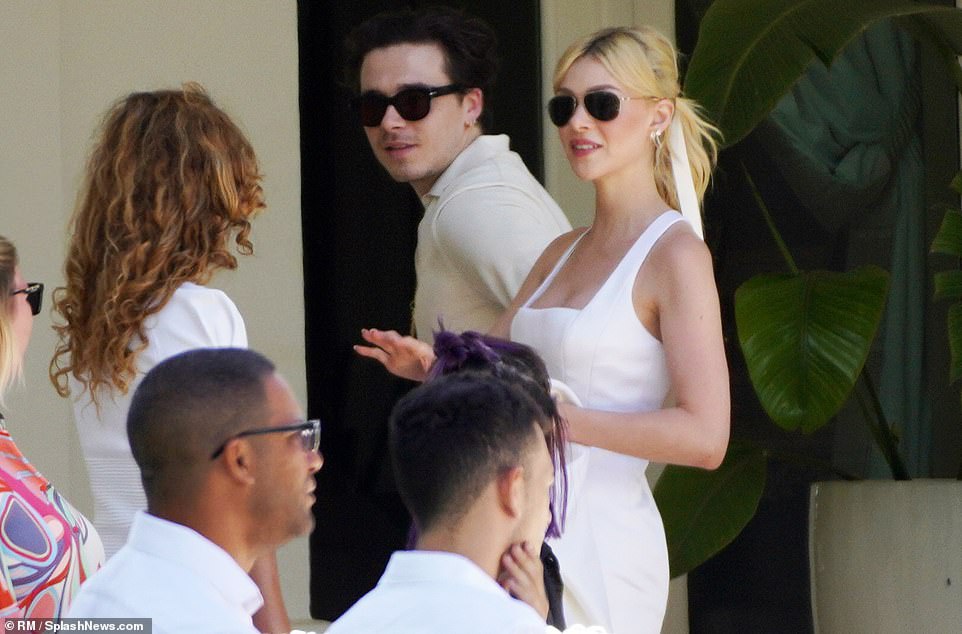 But actress Nicola, 27, kept up appearances in a stunning short and tight dress with what appeared to be thick gold edging around the rim. She rounded off the ensemble with a pair of white Louboutin shoes with thick high heels.
Tennis legend Venus Williams, 40, arrived for the brunch in a blue Range Rover driven by a blond friend.
She looked stunning in a pale blue dress with gold running along the hemline and finished off with a tan and white belt. There appeared to be ruffled white shorts or liner underneath.
The five-time Wimbledon singles champion had her hair pulled back tightly at the front and finished off her outfit with white high heel shoes. 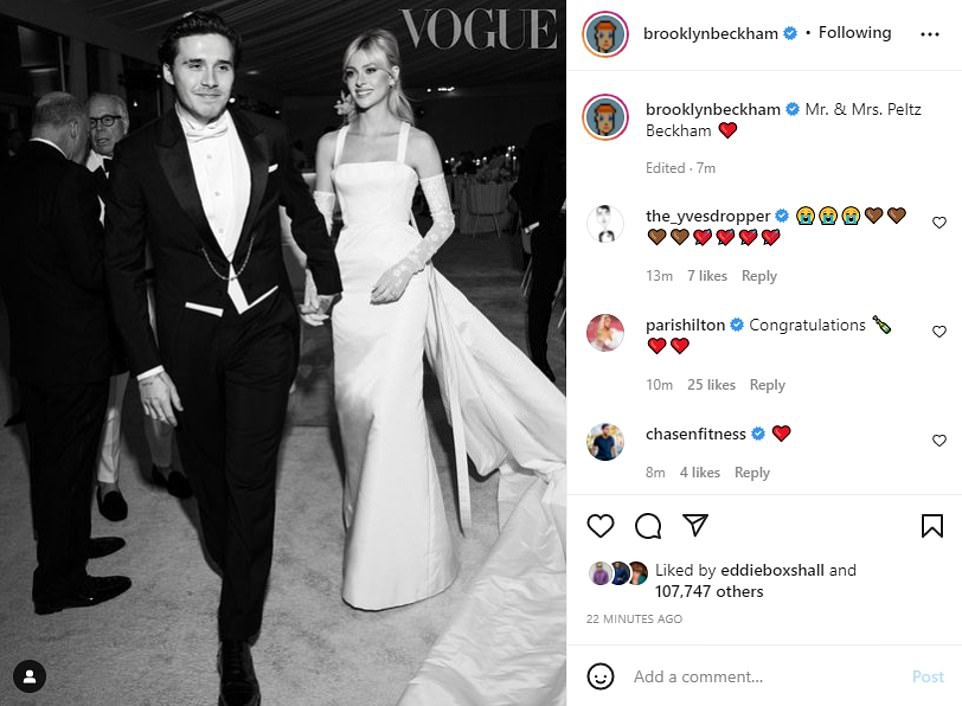 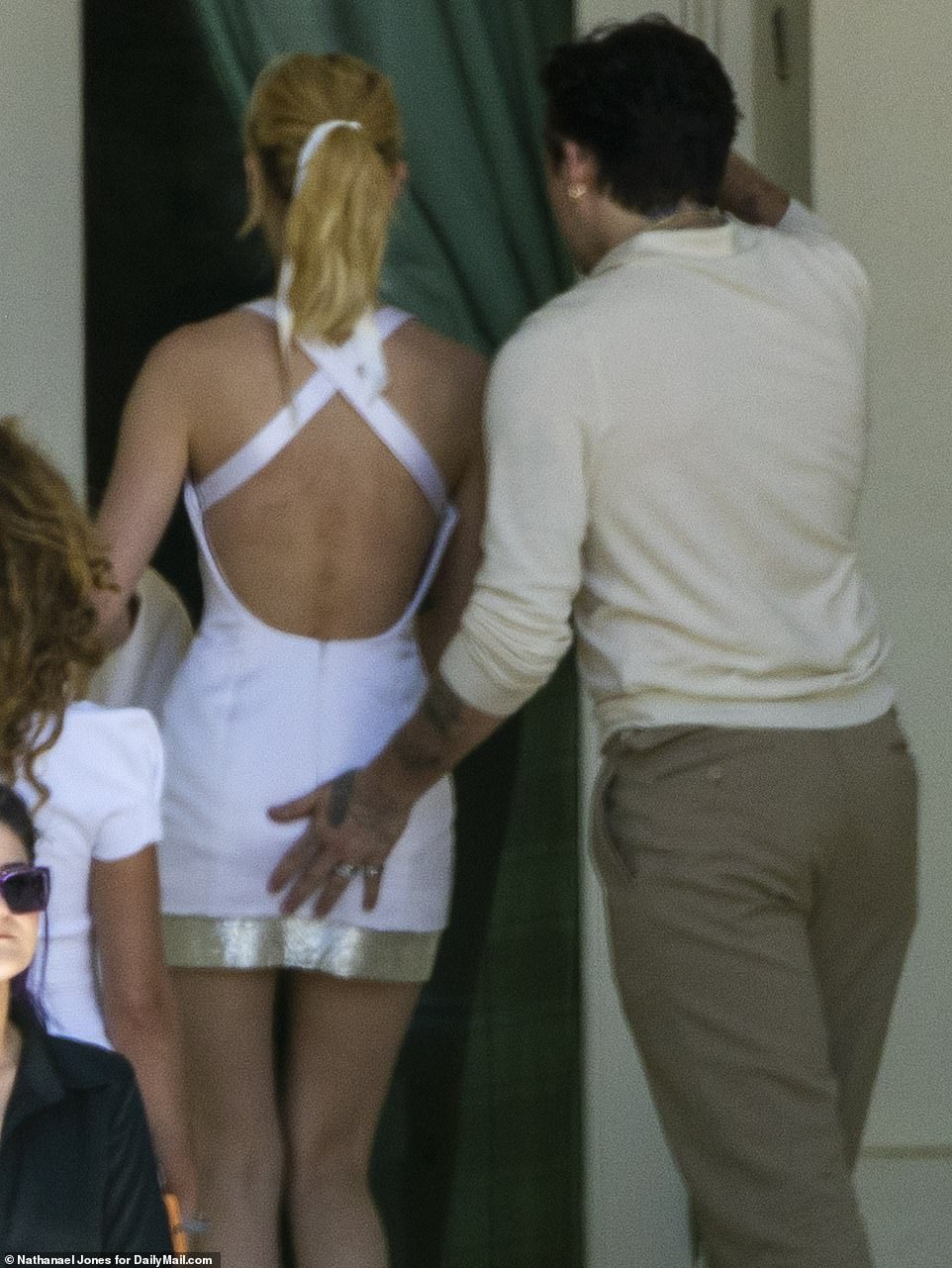 Earlier, Nicola’s financier father Nelson, 79, sauntered in after driving a golf cart over to the event. He too looked casual in white pants and blue sneakers without socks.
Despite the fact that this was a family and friends gathering, the use of cell phones was once again banned.
Dozens of special pouches to seal the mobiles from use were delivered just before guests arrived. The bags, made by Yondr, are electronically sealed while guests who hold them are in a designated phone-free space. When the guests are in a phone-allowed area, the bags unseal.
The new Mr and Mrs Beckham headed for lunch in Palm Beach after arriving in a classic blue Jaguar convertible. 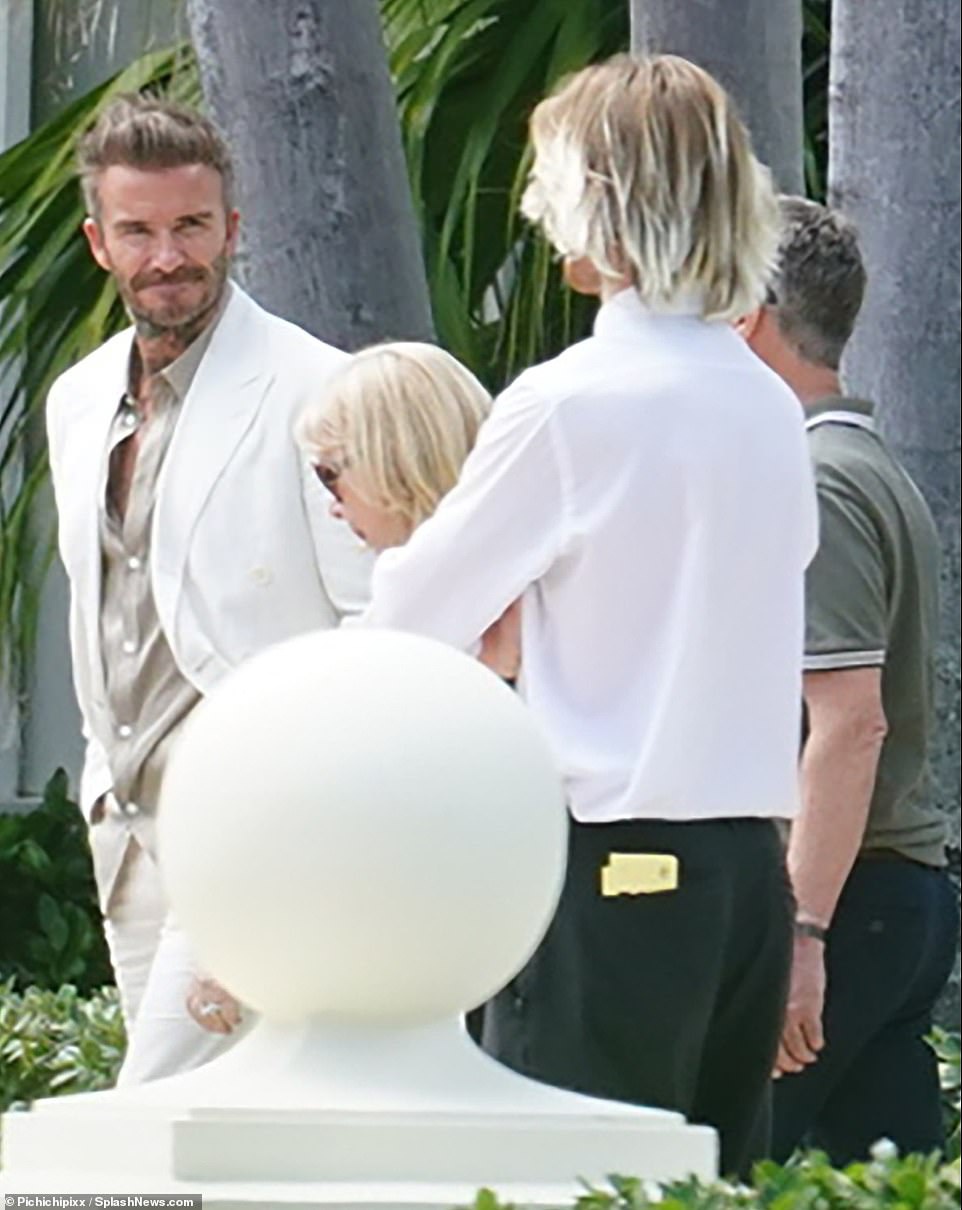 Brooklyn's famous parents David and Victoria Beckham were also seen driving to the event in the same $500,000 (£383,502) classic car.
The ex-soccer star, 46, is an investor of restoration company Lunaz, which electrified and re-engineered the 1954 Jaguar XK140, having taken a 10 percent stake in June 2021.
He was pictured taking the vehicle out for a spin with Victoria on Sunday morning before handing it over to the newlyweds, who mimicked Meghan and Harry's reception arrival by driving off in the convertible to a lavish brunch.
Next Post Previous Post
Celebrities Gossip