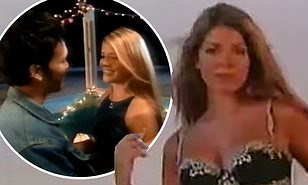 Holly Willoughby looked almost unrecognisable in a resurfaced clip from her movie debut alongside Rachel Stevens in 2000.

The This Morning presenter, 41, appeared as up and coming model Zoe in the S Club 7 TV movie Artistic Differences when she was only 19 years old.

The budding star posed for a lingerie shoot in the film where she played the love interest of S Club 7's Paul Cattermole. 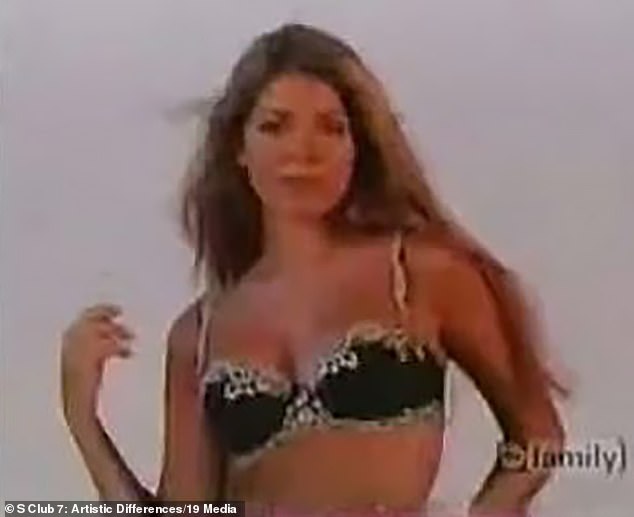 The flick sees Holly's character touch down in LA where she reunites with Paul, who he credits with teaching him how to kiss.

In one scene, the pair are catching up over drinks when a sleazy agent interrupts them and offers to represent Zoe as a model.

'I don't need an agent, I'm a pedicurist,' she tells him as Paul tries to get the agent to go away. The agent then says: 'Wrong, you were a pedurist,' and hands her his card.

In another scene, Paul spots Holly's character on a billboard wearing a bra and says: 'Holy cow, that's you.'

They go on several dates before Paul decides to dump Zoe because her career is taking off.

He tells her: 'I'm just afraid your new career is so important that it doesn't leave room for things like me.' Paul then kisses her and adds: 'It's pretty scary, but sometimes the scariest thing is the thing you've got to do.'

Paul ended up leaving the group the following year before they eventually parted ways in 2003.

Holly reunited with Rachel Stevens when she appeared as a contestant on this year's Dancing On Ice, which Holly co-hosts alongside Phillip Schofield.

The singer was partnered with Brendyn Hatfield and was the third celebrity eliminated from the competition.