Nicola Peltz Beckham gives fans an insight into 'married life' as she shares shirtless snap of Brooklyn and packs on the PDA after lavish $3.5million Miami wedding 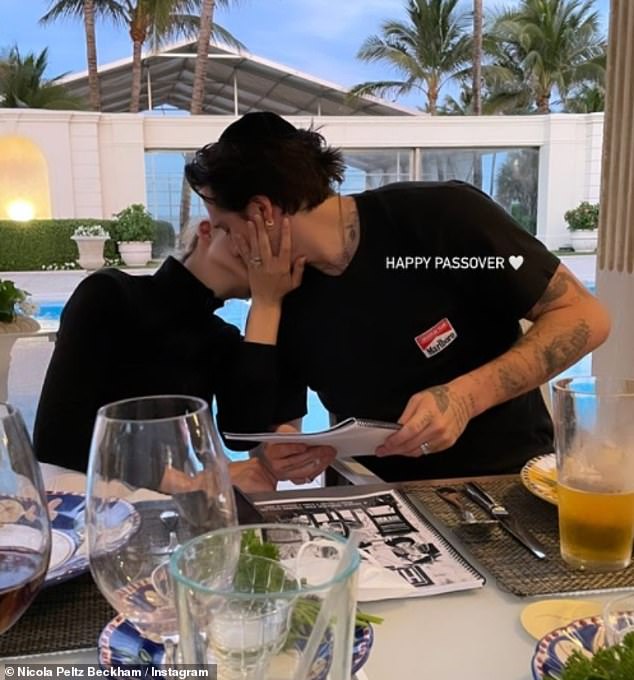 The 27-year-old actress took to her Instagram Stories to share a cute picture of the couple kissing as they celebrated Passover - the Jewish festival which commemorates the liberation of the Israelites from Egyptian slavery.
The actress, who was raised in a Jewish household, also shared a snap of her shirtless husband, 23, beaming with his bedhead hair and impressive array of tattoos on full display.
Captioning the snap, she wrote over the top: 'Married life'.
It comes after Nicole shared a snap of old-school flip phones that were used during the wedding - admitting they held the only personal pictures they took from the day.
And while the luxe nuptials were sure to feature a myriad of Instagram-worthy moments, the coupled decided to enforce a social media ban at the ceremony.
Nicola shared a picture to her Instagram Story on Friday of her and Brooklyn's Alcatel Go Flip phones, which were plugged in and in the process of sending pictures.
She explained to her 2.6million followers: 'Our wedding phones and the only personal pics we took @brooklynpeltzbeckham'
The phones don't get social media, with the only personal pictures they took being on them. 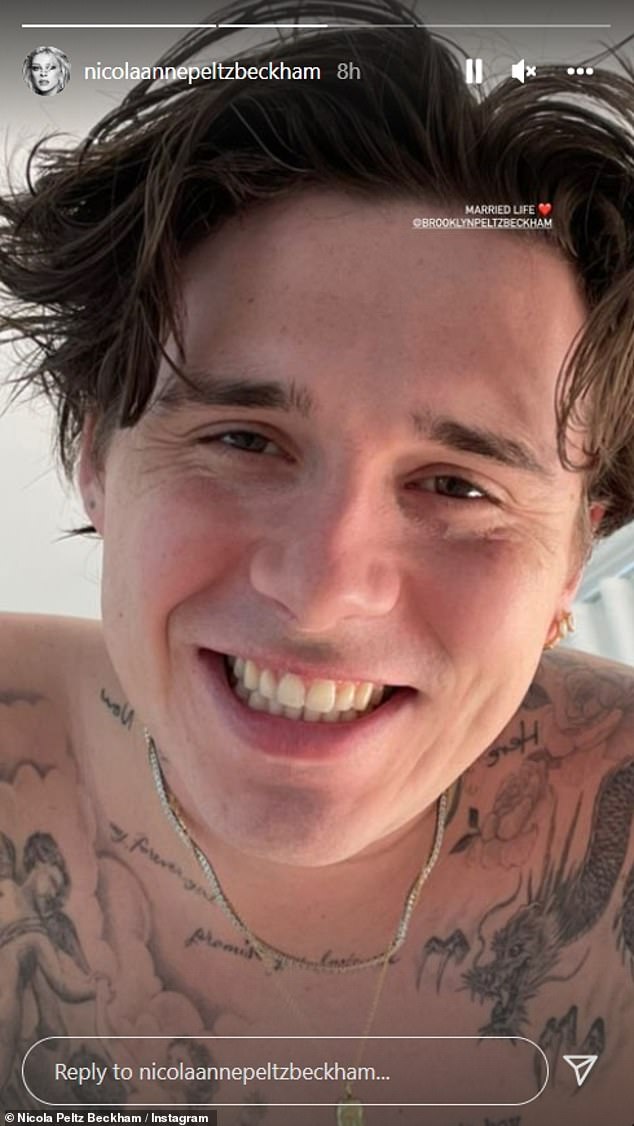 Despite a lack of personal snaps, the star-studded wedding was covered by Vogue in a mega-deal, with their photographers at every corner to capture the celebrations in full.
In order to enforce the strict social media ban enforced by Nicola and Brooklyn, guests and staff were presented with electronically-locking bags.
Phones were placed in these small pouches, and would automatically lock in phone-free spaces, before unlocking in spaces in which social media was allowed. 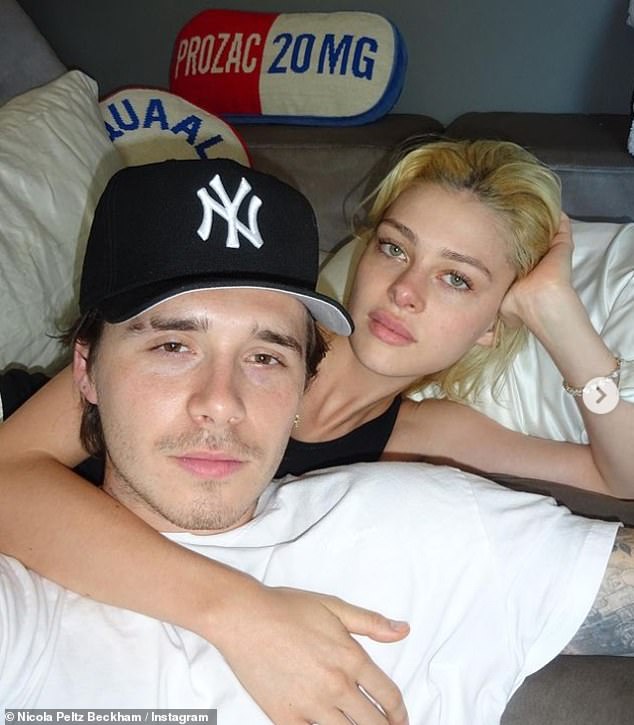 The pouches were made my electronic company Yondr, with the couple going to extreme lengths to protect the exclusivity of the Vogue image release.
The pair got married after three years of dating, with Brooklyn popping the question back in July 2020 - proposing with a $325,000 emerald and diamond ring.
The lavish ceremony was a truly A-list wedding, with the whole Beckham clan dressing to impress.
Next Post Previous Post
Celebrities Gossip