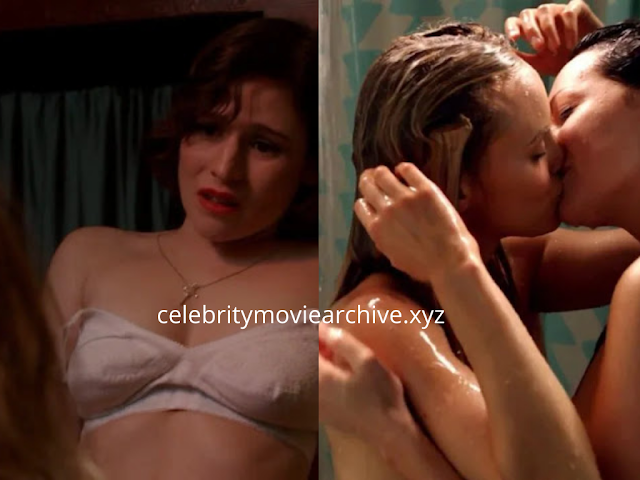 ‘Orange Is The New Black’ is a popular and critically acclaimed series that premiered five years back. The series is still going strong. Apart from the great storyline, acting, and direction, the series brought us some of the television’s kinkiest scenes. With that said, here’s the list of top sex scenes from Orange is the New Black. All of these scenes are as hot as simmering oil. 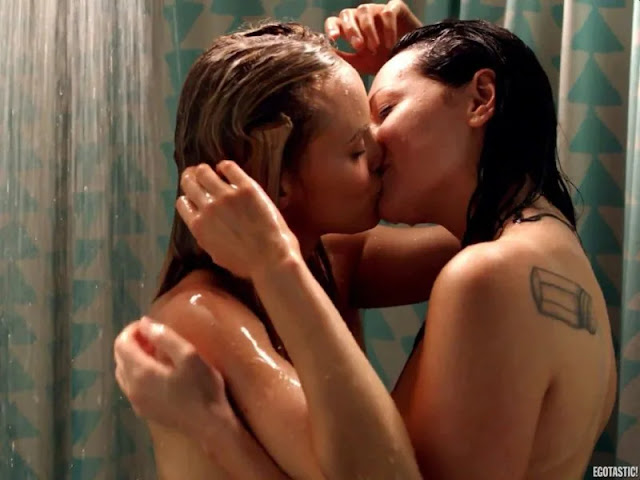 Man, did I watch this scene so many times? I have lost the count. But hold on I did that for a reason. The scene is awfully short. Just when you think you are gonna get some Taylor Schilling action. The scene ends. But wait, there’s more. If you like looking at topless Taylor then you might be in luck. As in the later part of the scene, we see her naked in the prison shower. The scene starts with Piper narrating “I love showers…….It’s my happy place” while the background song goes something like this “Ain’t nobody worried……Ain’t no smiling faces”. The first couple of seconds shows Piper showering topless as Alex grabs her and SMOOOOOOOOOOCH! The next few seconds show Piper in a bathtub where she is lying on her husband’s chest. She then turns around to kiss him. That’s all the romantic part. But as I said if you love looking at topless Taylor, then there’s still hope for you. The scene goes on for about 30 more seconds while Piper showers in the prison bathroom.

Nichols and Morello go Oral in a Chapel 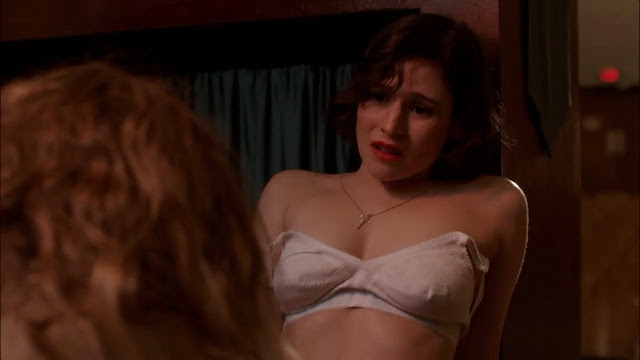 Yup! Two sexy scenes crunched in one episode. That’s ‘Orange is the New Black for you. This time we have a change of personnel. It is horny Nichols and cute Morello (I don’t know why I think she is cute). The scene is pretty loud compared to the others. Morello moans at the top of her voice like it’s the end of the world or maybe she found enlightenment in the Chapel. We can’t be sure what it is but we can be damn sure that she found Nichols's hands in her pus…Ahem!… Let’s be civilized and stick with ‘Lady Parts’ (Man! That sounded so wrong ‘stick with’). So, the scene starts with loud moans coming from Morello, it’s more like loud cries. You need to watch it understand. We see Nichols violently playing with Morello’s flower (Gosh! I need to find more metaphors), until the latter orgasms. Then we see Morello putting on her bra and telling Nichols that this was the last time because she is engaged. (Booooorrring!!!  Let’s move on to the next one). 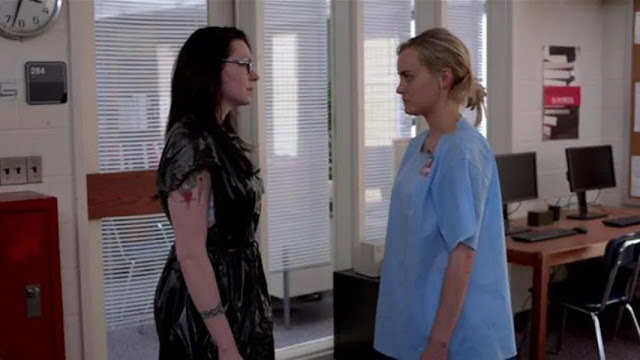 The top spot isn’t that surprising. It’s going to be two of the main cast and of course one of them will be Taylor Schilling. Why wouldn’t it be? She has been giving us ‘hard’ times since season 1.  Sad to say there are no nudities in this scene though. As the scene starts, we see Alex wearing a plastic bag of the sort and Piper wearing what she usually wears. Now if you have ever fantasized about a catfight to go sexual, then you are in luck. Alex starts with a hard slap to Piper’s cheek, as she says “You Bitch!” Piper retaliates with a push. That’s enough to make them ‘Horny Af’. They start smooching each other violently as Piper is stripped down to her bra and so is Alex. Piper takes the lead and removes Alex’s lower undie and goes haywire with the latter’s ‘Katori’ (It’s Indian for you know what). Alex then pushes Piper to the ground and more kissing.