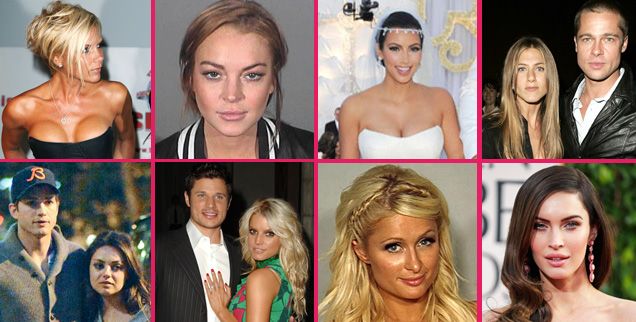 If you’ve ever been caught in a lie, you know just how awkward the experience can be. While honesty is always the best policy, sometimes the urge to lie ends up getting the best of us. Whether you’re caught fibbing about your age or spotted lip syncing on national TV, lies come in all shapes and sizes, though they seem to be magnified when a famous face lies in the limelight.

From Jessie Smollett’s fictional attack to Milli Vanilli’s controversial career ending moment, these infamous moments made Hollywood history… for all the wrong reasons! Below, we’ve rounded up 25 of the most notorious celebrity lies over the years that caught the public’s attention.

In 2015, a former classmate of Rebel Wilson outed the actress for being in her mid-30s rather than 29. Wilson later sued the publication who revealed the news for defamation, claiming she lost film roles over the age scandal. She won the case and was awarded $3.66 million.

Singer Ed Sheeran made headlines in 2017 when it was reported that British Princess Beatrice accidentally cut his face with a sword during a party. A few short months later, Sheeran’s story was confirmed to be a hoax. In an interview with ShortList, James Blunt revealed: “Ed was drunk, messing around and he cut himself. We made a fancy story up; people fell for it. It was very embarrassing.”

In 2013, Miley Cyrus claimed she had married her then-boyfriend Liam Hemsworth in a secret ceremony. Although it was later confirmed not to be true, the two ended up getting hitched for real in 2018. Sadly, Cyrus and Hemsworth called it quits, filing for divorce the following year.

While being questioned by police in 1999 over the nightclub shooting involving her now-ex, Diddy, it was revealed that Jennifer Lopez was born in 1969 instead of 1970 as she had previously claimed.

When it comes to songwriting, it’s not uncommon for artists to work with others to create those memorable lyrics fans love so much. In 2008, Beyoncé wasn’t shy to take credit for the catchy lyrics in her hit single “Irreplaceable.” While she did write the background harmonies, it was later discovered that Ne-Yo was the main writer of the track.