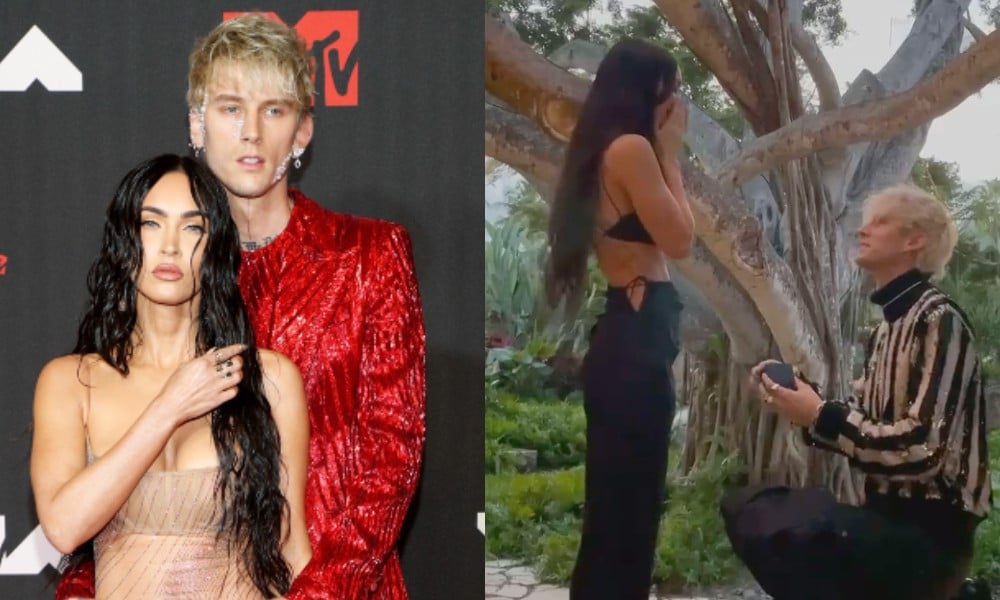 If you and your man aren't drinking each other's blood, are you even dating?

Megan Fox and Machine Gun Kelly are closer than ever and even "on occasion" consuming each other's blood (à la Jennifer's Body style?), the actress disclosed in a new interview with Glamour UK.

When asked if she and her fiancé "actually drink each other's blood," as Fox had once alluded to while announcing their engagement in a January 2022 Instagram post, Fox confirmed that the two, indeed, engage in bloodplay.

Such rituals may depend on the lunar cycle, she added. "I'm much more controlled. I read tarot cards and I'm into astrology and I'm doing all these metaphysical practices and meditations. And I do rituals on new moons and full moons, and all these things," she explained. "And so, when I do it, it's a passage or it is used for a reason. And it is controlled where it's like, 'Let's shed a few drops of blood and each drink it.' He's much more haphazard and hectic and chaotic, where he's willing to just cut his chest open with broken glass and be like, 'Take my soul.'"

Though the rituals may not always look as spooky as she might make it seem, Fox said, "A version of that has happened many times."

This is far from the first eyebrow-raising quirk of their relationship. In an interview from earlier this year, the rapper revealed that the teardrop emerald ring he proposed to Fox with was designed with thorns in the band. "So if she tries to take it off, it hurts. … Love is pain!" he shared.