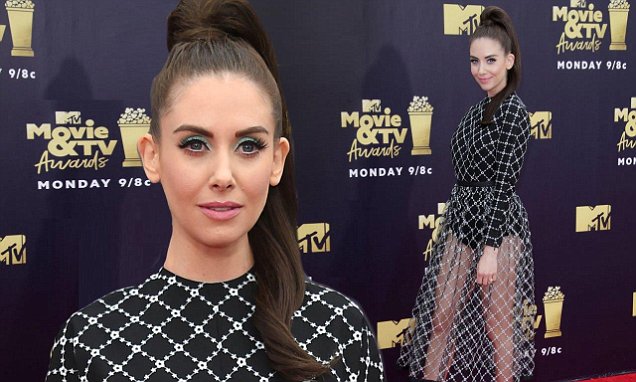 She stars as an out-of-work actress in the Netflix series, Glow.
But Alison Brie proved that life does not always imitate art, as she walked the red carpet at the MTV Movie & TV Awards on Saturday.
The 35-year-old, who is married to Dave Franco, attempted to grab attention in an eclectic ensemble complete with a sheer skirt and body suit combo. 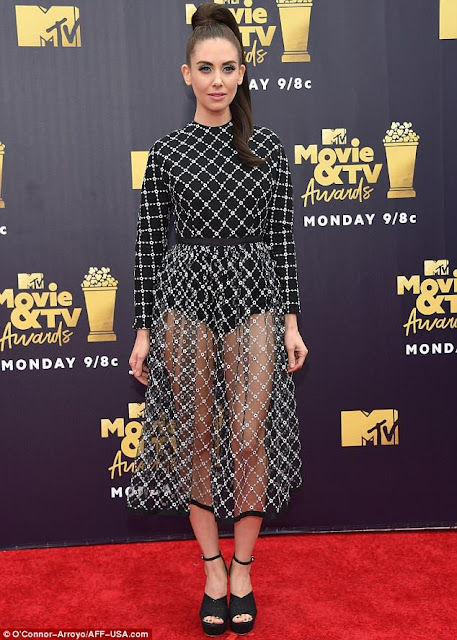 Alison wore a black bodysuit layered under a sheer, checkered overlay which was worn with a black belt.
Alison's hair was pulled back into a high ponytail, ends curled under. For makeup, the beauty got playful with frosty blue eyes and a cotton-candy colored lip.