Ana de Armas looked stunning at the global premiere of No Time To Die at the Royal Albert Hall last night. 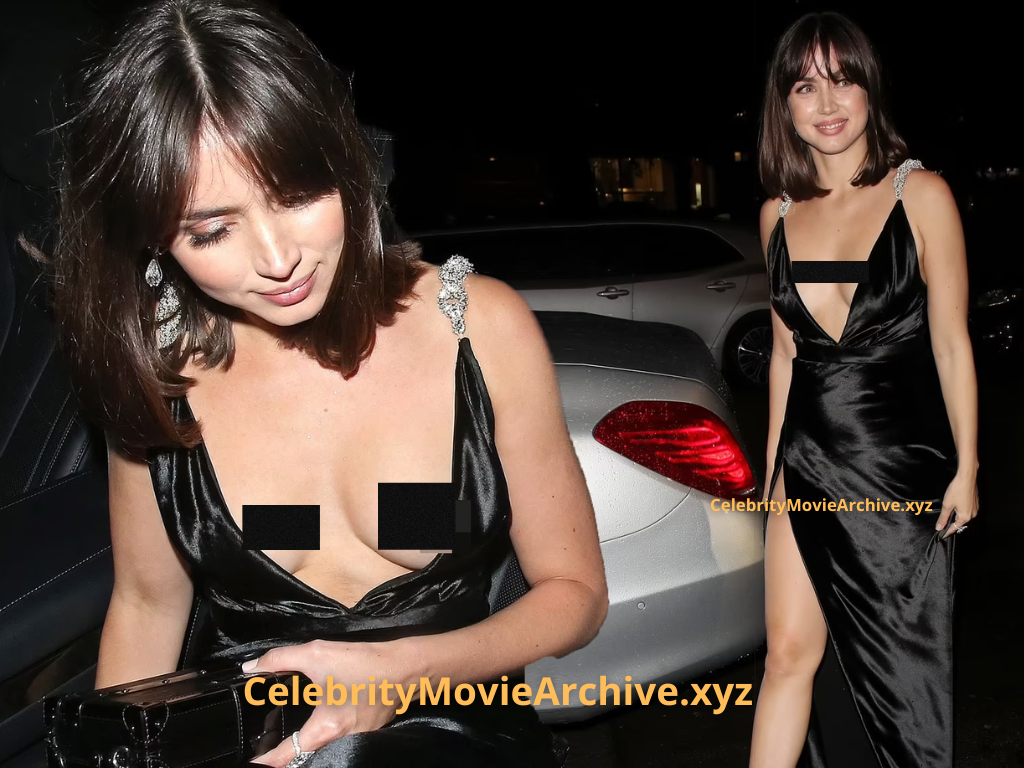 Ana experienced a wardrobe malfunction as her plunging dress de Ella slid to her side, showing her left nipple for a brief moment.

In a bespoke black satin gown by Louis Vuitton with a plunging neckline, the Knives Out actor, 33, went braless. In a photo acquired by Daily Mail, Ana's clothing shifted as she exited the event, exposing her left breast.

Her full-length gown de Ella had sparkling shoulder embellishments and a thigh-high split on one side, revealing her toned pins as she walked the red carpet.

The form-fitting dress, which had a deep thigh-split and silver straps, highlighted the Cuban actress's slim pins.

She wore her chocolate tresses in a neat fringe and boosted her height with a pair of onyx shoes.

Ana is accessorized with sparkling diamond earrings and a variety of Chopard rings while carrying her items in a basic black purse. 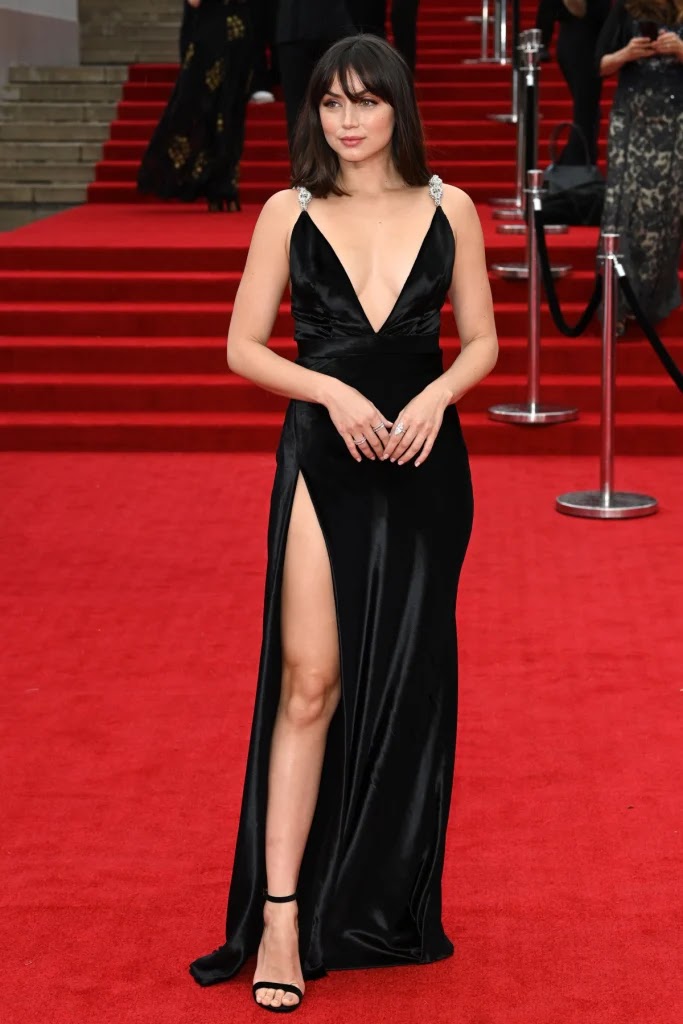 Despite the fashion gaffe, it was a big night for the Cuban native from Santa Cruz del Norte. Being a Bond Girl is, after all, a great honor in Hollywood, and Ana didn't take it lightly.

“I tried to have a training plan! My preparation for No Time To Die was not as long as I would have liked it to be. I was shooting Blonde, and I had only a few days to train, so I went straight from Blonde to shoot for Bond. I didn't have the time to actually commit to any kind of diet or workout or training because my schedule just didn't allow for it," she told Harper's Bazaar.

“Those few days that I did have some training — I had the gun training and learned the choreography for the scenes — were very intense, for sure. It was a short but really intense immersion into the Bond universe, so I quickly transformed into a CIA agent,” Ana added.

Later that evening, the movie actress dashed over to Mayfair to finish her evening at an after-party with the film's actors and a slew of other celebrities.

The 33-year-old “Knives Out” actress was far from the only one who dressed up for the occasion; Jason Momoa, Billie Eilish, Phoebe Waller-Bridge, James Bond himself, and Daniel Craig, all walked the red carpet at London's Royal Albert Hall.