Lindsay Lohan broke the silence after the video of the scandal 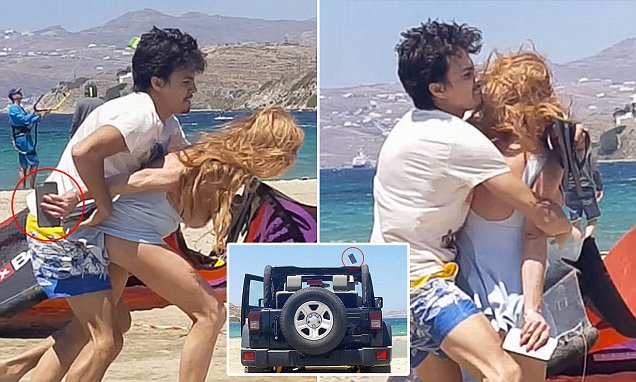 In the midst of the scandal, Lindsay Lohan broke the silence. A few years ago a video was released where the actress was struggling with her fiancé Egor Tarabasov. He was trying to retrieve the mobile phone which she had in her hands-and it all ended badly. The events took place on a beach in Mykonos in Greece. After it was made public, the redhead decided to speak out.

"The truth is that I wanted things to work, but now I'm not so sure I could," the actress told the "Daily Mail". Furthermore, she confessed that she still hasn't been able to take off her engagement ring (with a four-carat emerald). She also has not been able to delete the romantic photos of both on Instagram, a social network on which she has almost five million followers. 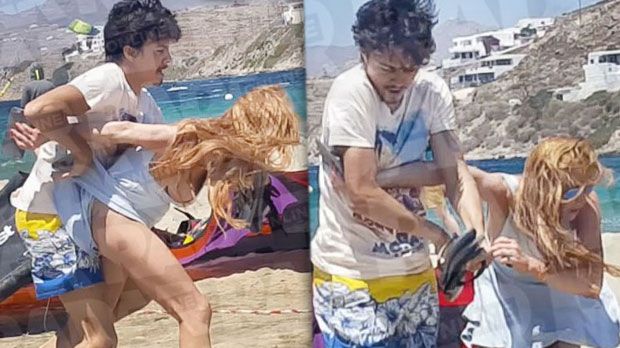 “I am not an angel, but I have tried to fix things. Now the ball is in your court. I have suggested couples therapy, but there comes a point where I have to put myself first, and also think about my career, which I have worked very hard on, ”she detailed.

In addition, she rescued: "I do not want to disappoint my fans for not being the strong woman I have become," she added and was also encouraged to write on Instagram: "No woman can be hit and stay with that person if he's not ready to say sorry."

Katie Nicholl was the journalist in charge of interviewing Lindsay and assured that the actress collapsed while she remembered the complicated moments of her relationship with Tarabasov. “Egor comes from a very rich Russian family. He is seven years younger than her, but Lindsay always thought they were made for each other. I think that with Lindsay you can never say never, but since he is not trying to fix things, I do not know if there will be a reconciliation, "said the journalist.

In turn, through tears, the actress also confessed: “Right now we should be looking at places for the wedding. All I wanted was to get married and settle down. I had always wanted to have four children. Egor and I had talked about starting a family.”

But someone else is playing tricks: according to Lohan's father, one of the reasons for the couple's constant fights was the Russian's alleged infidelities. "Lindsay told me that Egor had cheated on her and I don't think Lindsay would say something like that if it wasn't true, as she had never accused him of anything this serious before," Michael Lohan told "Us Weekly" magazine.