Doctors are posting selfies posing in bikinis with beers in their hands amid a backlash against a 'sexist' study by male researchers that claimed medics look 'unprofessional' sharing such images on social media.

Female medical professionals have been flooding social media with snaps of themselves in their swimwear, lounging in pools, and enjoying a cocktail or a beer under the hashtag #MedBikini in outrage over the research published in the Journal of Vascular Surgery.

The offending study concluded that photos, where doctors are wearing 'inappropriate/offensive attire' such as swimsuits, are holding or consuming alcohol or that include 'controversial political comments' are 'potentially unprofessional' and could impact whether patients choose them as doctors. 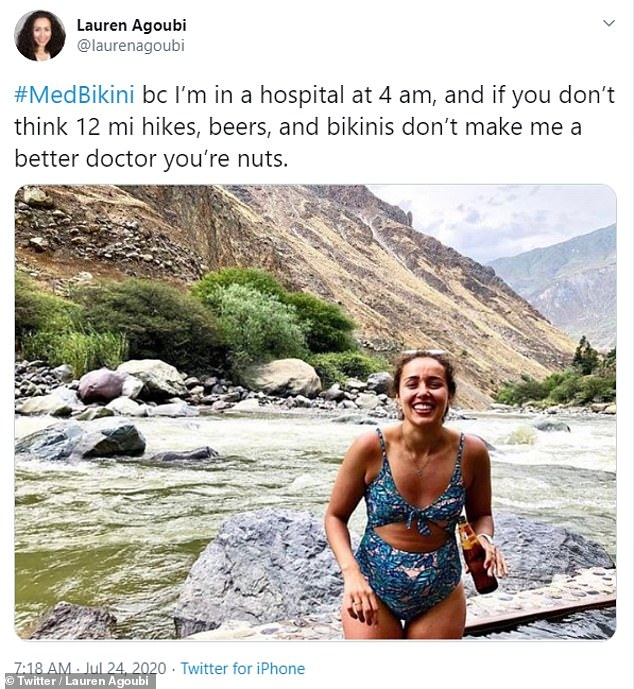 The study, which also concluded that 'censored profanity' such as swearing and 'controversial social topics' are unprofessional, didn't refer specifically to female medics but the outraged community has accused it of perpetuating 'sexism' in the profession.

The hashtag #MedBikini began circulating on social media this week with doctors posting their swimsuit selfies in defiance of the controversial study.

'In case you wanna know what’s happening in doctor twitter today: a “scientific” publication just announced that holding alcoholic drinks and wearing bikinis are unprofessional behaviors for a doctor. What till they hear that med schools started letting women wear pants!' she tweeted Thursday.

A fellow female medical professional responded with a snap of herself sporting a cutout swimsuit and sunglasses while lounging in a pool with a cocktail.

'To which I respond,' the doctor captioned the picture.

Others shared snaps of themselves in bikinis as well as their white coats and scrubs. 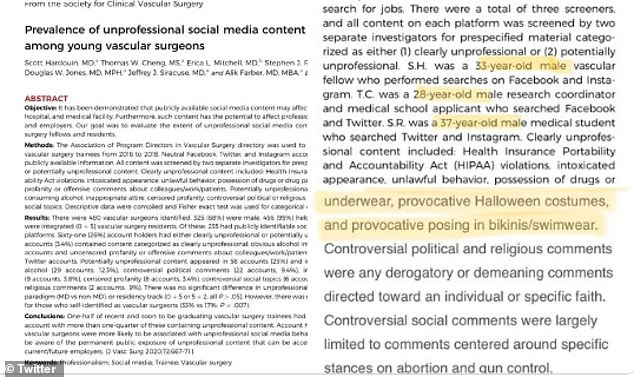 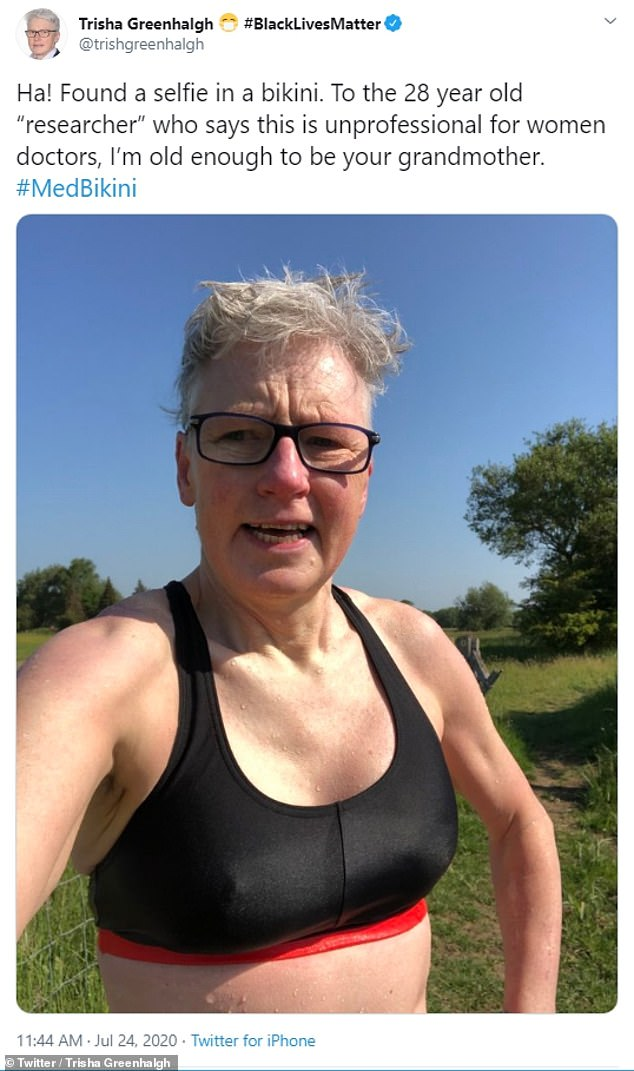 'Women should not have to strip themselves of their femininity and womanhood to be considered a professional, especially in their personal lives.'

Two of the study's authors have since apologized for the study and claimed they had aimed to 'empower' the profession with the study.

'Our intent was to empower surgeons to be aware and then personally decide what may be easily available for patients and colleagues to see about us. However, this was not the result,' Thomas Cheng and Jeffrey Siracuse both tweeted.

'We realize that the definition of professionalism is rapidly changing in medicine and that we need to support trainees and surgeons as our society changes.

'We are sorry that we made the young surgeons feel targeted and that we were judgmental.'