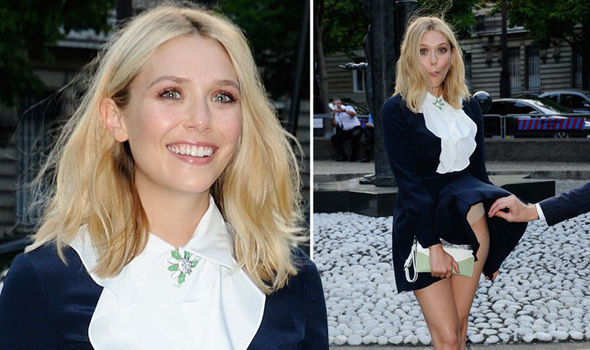 She's one of the most stylish actresses in the business, but even Elizabeth Olsen isn't immune to a rogue gust of wind.

The 26-year-old star fell victim to the elements as she posed for photographs at the Miu Miu fragrance launch in Paris last night.

Elizabeth had come dressed to the nines for the event, wearing a cute minidress with a ruffled feature down the front.

The Avengers: Age of Ultron star finished the look with a pair of silver heels which emphasises her never-ending limbs.

However, her tiny skirt couldn't withstand the gale which began to whizz around the French capital, and with one almighty blow Elizabeth's skirt was lifted to reveal her pants. 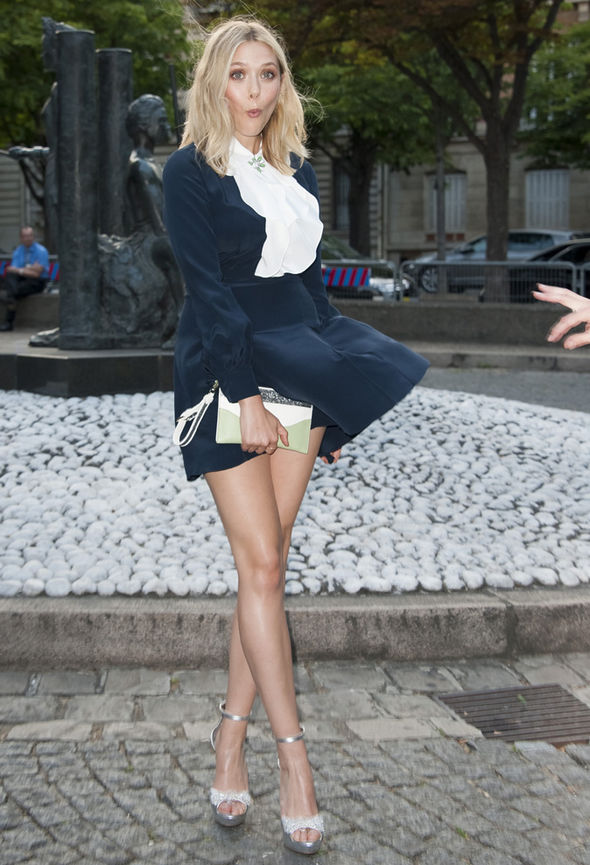 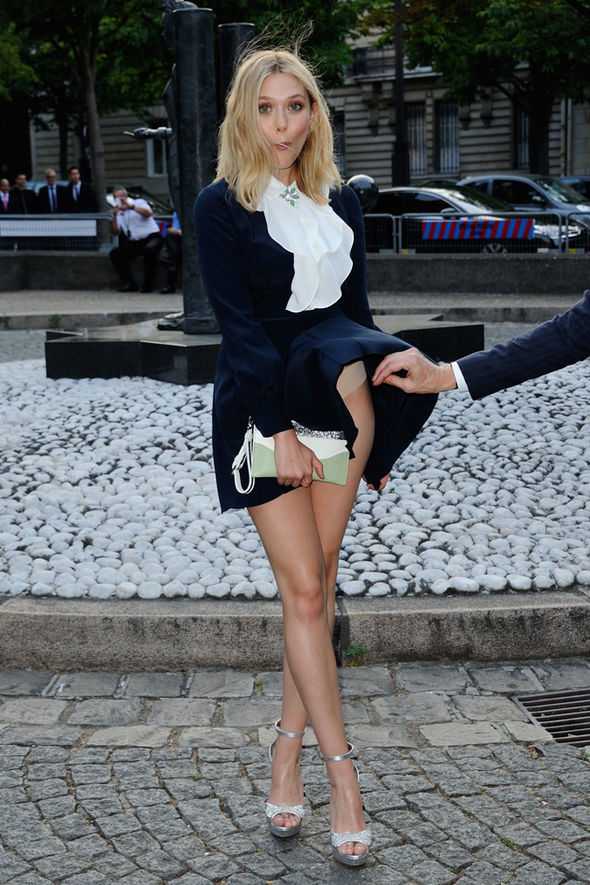 As her frock billowed up a pair of n*de coloured knickers became fully visible.

By the looks of Elizabeth's face, the wind came as a surprise and she struggled to hold down her costume with her green clutch bag.

Ever the professional, the younger sister of Mary Kate and Ashley simply laughed off the incident – giving a flash of her megawatt smile.

Also at the event was supermodel Kate Moss who put on a leggy display in a short black and purple dress.

The 41-year-old added an injection of sex appeal with a pair of fishnet tights.

Kate wore her blonde locks in glamorous curls and finished her ensemble with a pair of black killer heels.