Ratajkowski appeared in the 2014 and 2015 Sports Illustrated swimsuit issues. She made her professional catwalk modeling debut for Marc Jacobs at New York Fashion Week in 2015 and has since walked on the Paris Fashion Week runway for Miu Miu and Milan Fashion Week for Bottega Veneta, Dolce & Gabbana, and Versace. Ratajkowski appeared in a Buick Super Bowl commercial during Super Bowl 50 (2016), and has become the spokesperson for brands such as DKNY, The Frye Company, Kerastase, Paco Rabanne, and DL1961. 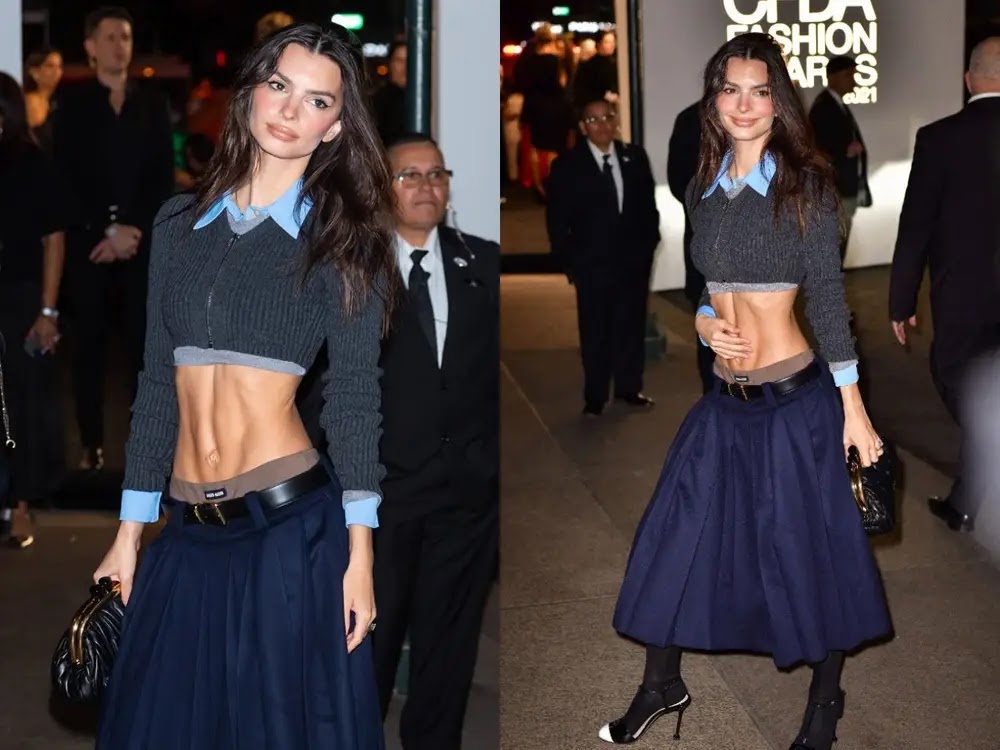 Emily Ratajkowski said she almost didn't post photos from the CFDA Awards on Instagram because she knew the images of herself would "stir up controversy."

The model and mother of one posted two photos on Wednesday from the fashion awards, where she is seen wearing a Miu Miu two-piece outfit consisting of a cropped sweater layered over a blue dress shirt and a long, low-rise skirt.

According to People Magazine, Ratajkowski said in a since-edited caption that she was initially hesitant to post the photos from the event, which took place earlier this month on November 10, because of the controversy it would stir up.

"But hey it's my body and I'm not going to lean into the shaming," she said. "God bless!"

Ratajkowski has since shortened the caption to thank Miu Miu and congratulate Elle editor Nina Garcia, to who she presented an award, but shared the full comment to her Instagram story which was still available to view on her profile at the time of writing.

Ratajkowski became a New York Times bestselling author following the release of her first book, "My Body," on November 9.

In the book, which consists of personal essays she penned, Ratajkowski explores life experiences through conversations with close female friends, according to an Instagram caption she posted on the day of release.

Ratajkowski, who's married and shares a son with Sebastian Bear-McClard, also said in the book that singer Robin Thicke groped her on the set of the controversial music video for "Blurred Lines" in 2013. 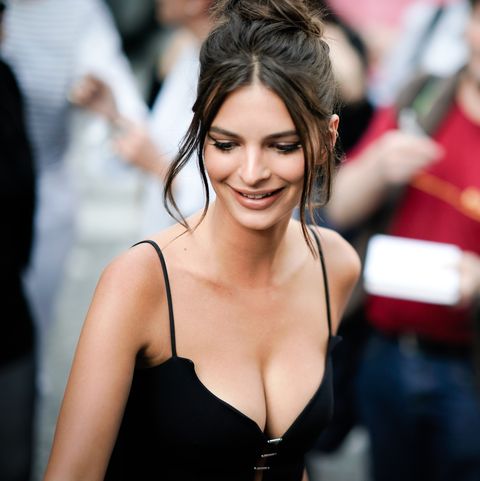 "Suddenly, out of nowhere, I felt the coolness and foreignness of a stranger's hands cupping my bare breasts from behind. I instinctively moved away, looking back at Robin Thicke," Ratajkowski wrote, according to The Sunday Times. In the essay, she described feeling like she wanted to "minimize" the incident despite "feeling naked" and the "heat of humiliation."

Speaking to Amia Srinivasan for Interview Magazine about "My Body" on November 16, Ratajkowski said she "definitely didn't feel in control very often" while working in her early twenties.

"Instagram was one of the places where I first experienced feeling some kind of control," she added. "I was the one who was able to choose the images and put them out."

Representatives for Ratajkowski did not immediately respond to Insider's request for comment.