Jennifer Lopez gave an interview 23 years ago that is circulating the internet, and she had a lot to say about some of her colleagues. 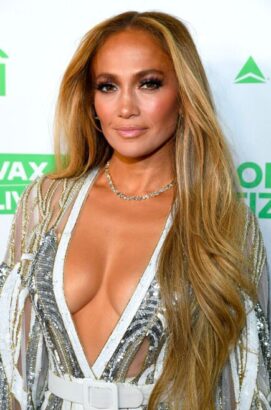 Jennifer had risen to what she called “the bottom of the A-list of actresses” when she gave the interview with Movieline, which was published in February 1998.

Jennifer described Cameron Diaz as “a lucky model who's been given a lot of opportunities I just wish she would have done more with her.”

Jen said: “ella She's beautiful and ella has a great presence, though, and in My Best Friend's Wedding, I thought, When ella directed, ella she can be good.”

Jennifer responded to a question about another A-lister, Salma Hayek, by saying, “We’re in two different realms. Ella she's a sexy bombshell and those are the kinds of roles she does. I do all kinds of different things. It makes me laugh when she says she got offered Selena, which was an outright lie. If that's what she does to get herself publicity, then that's her thing. Columbia offered me the choice of Fools Rush In or Anaconda, but I chose the fun B-movie because the Fools script wasn't strong enough."

Gwyneth Paltrow: "Tell me what she's been in? I swear to God, I don't remember anything she was in. Some people get hot by association. I heard more about her and Brad Pitt than I ever heard about her work from her.

Perhaps she said something kind to Madonna, who was experimenting in music and film at the time. Not really.

Jen had this to say about Winona Ryder: “I was never a big fan of hers. In Hollywood she's revered, she gets nominated for Oscars, but I've never heard anyone in the public or among my friends say, 'Oh, I love her.' looking like my older sister, Leslie.”

Claire Danes: “A good actress. Her emotional and inner life of her are available to her, which is a good start. But I feel like I see a lot of the same thing with every character she does. She's not that way in U-Turn, though."

Thankfully, Jennifer has matured a lot since then, and instead of criticizing her peers, she is now a huge supporter.

"There are so many smart, talented women out there, in front of and behind the camera, and I think we're at a point where our voices are not stifled as much," she told Variety. "Because of the #MeToo movement, it's 'We are equal, and we want to be treated that way'. We've been making our own opportunities, and as you prove your worth and value to people, they can't put you in a box. You hustle it into happening, right?