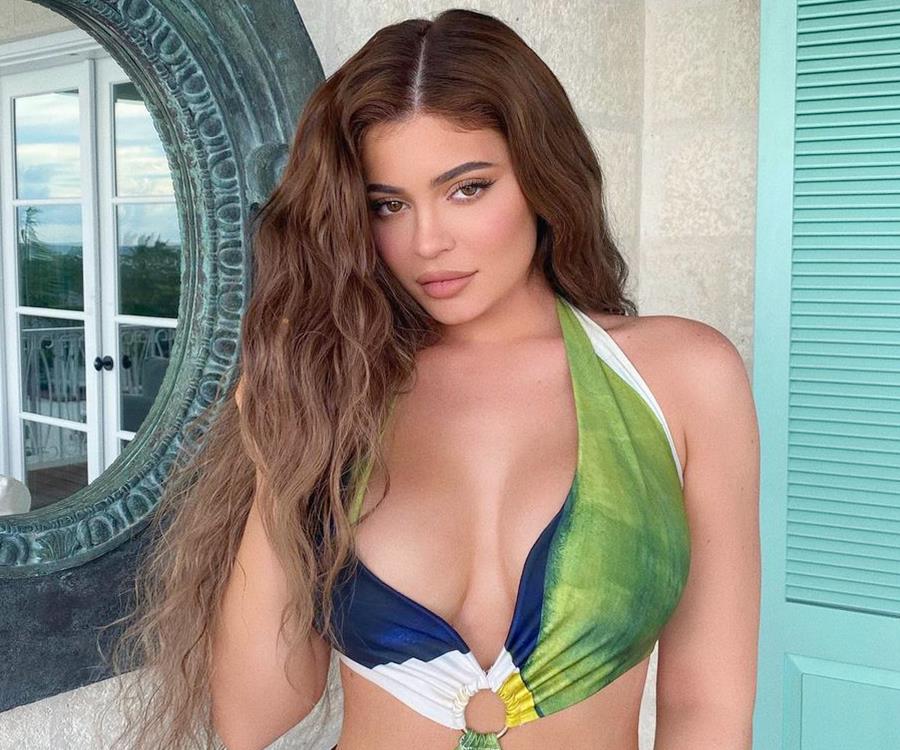 Kylie Jenner may be a millionaire, but that doesn’t mean she’s finished growing her empire. We can’t wait for the launch of the business mogul’s new swimsuit brand, Kylie Swim, which she teased recently.

Fans were already on board with her ambitions to branch out into beachwear when she registered the moniker ‘Kylie Swim.’ Jenner stayed deafeningly quiet about her latest business move until August 18.

Jenner teased Kylie Swim by Kylie Jenner on her Instagram stories yesterday, with a dedicated post mentioning @kylieswim (which now has 376K followers) as the caption. While there isn’t much information about the brand yet, Jenner’s images give us a sneak peek at what to expect in terms of the style – vibrant sunset colors, thin hemlines and necklines, and geometrical designs.

Kylie looked incredible in a sultry yellow cut-out bikini, flaunting her famed curves and endowments, as well as her wonderfully toned belly.

Jenner’s foray into the world of fashion is far from her first. Along with her model sister Kendall, she runs a joint business called Kendall + Kylie. She’s also the founder of two extremely successful mega-brands, Kylie Skin and Kylie Cosmetics. Kendall + Kylie also sells swimsuits in addition to clothes, outerwear, and accessories, so she’s familiar with the category.

Ky made things official on Instagram by posting another hot photo in the same bikini on her main grid, which received more than 5.8 million likes in less than three hours. And, wow, Ky looks *amazing* in the outfit:

The design, which has a pink backdrop and a peach typeface, is inspired by ’70s-style bubble lettering and simply states ‘Kylie Jenner,’ rather than the swimsuit label’s name.

Jenner appears to have been working on the collection for quite some time. According to WWD, the young starlet applied for trademarks for “Kylie Swim” and “Kylie Swim by Kylie Jenner” in May 2021, and her first solo clothing line will include swimwear, beach cover-ups, sunglasses, and towels, to name a few.

From family friend Malika Haqq’s “🔥” and sister Kim Kardashian West’s “WOW WOW WOW 🔥🔥🔥” to Khloé’s famous, “Ummmmmmmm are your abs ok??” comment, it’s apparent that everyone was impressed by the sxc photo.

Jenner has lately been mired in fan speculation that she is concealing her pregnancy with baby number two, after fans questioned the validity of photographs allegedly shot on her 24th birthday a few days earlier.

The mother of one was spotted modeling in a picture for the forthcoming line, and if her Kylie Cosmetics commercials are any indication, this is going to be a hit.