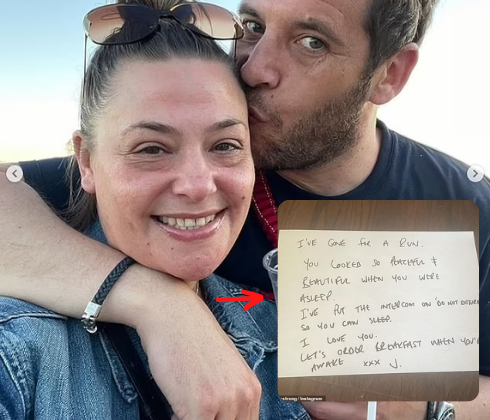 She's been happily loved up with her boyfriend James Green for nearly two years.
And Lisa Armstrong gave fans a sweet insight into their romance on Friday as she shared a snap of a love note he'd peened that morning.
Taking to Instagram, she revealed she'd woken up to an adorable message penned by James, who had let her enjoy a lie-in while he headed out on a morning run. 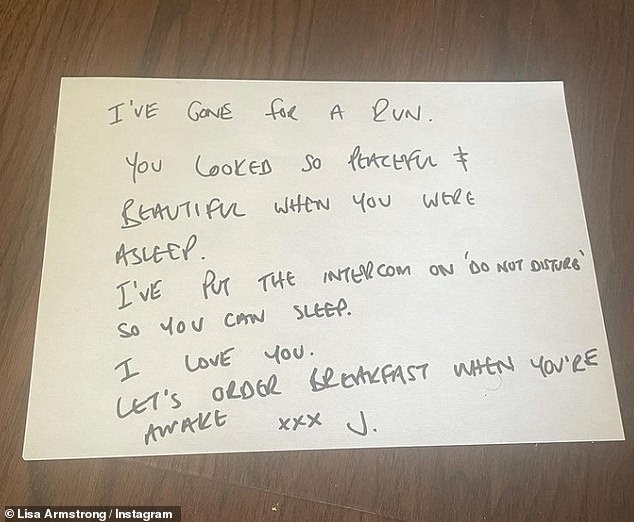 'What a gorgeous way to wake up': Lisa Armstrong took to Instagram on Friday to share an  adorable love letter that her boyfriend James Green had penned while she was sleeping 'I've gone for a run. You looked so peaceful and beautiful when you were asleep. I've put the intercom on do not disturb so you can sleep'

The note read: 'I've gone for a run. You looked so peaceful and beautiful when you were asleep. I've put the intercom on do not disturb so you can sleep.
'I love you. Let's make breakfast when you're awake. J xxx'
She captioned the shot: 'What a gorgeous way to wake up on this beautiful day!! @james_green83 Such a lovely note…. Made me smile!! #haventjustwokeupjusthadtimetopost x'
Lisa is believed to have started dating James in 2020 and went public with their relationship last August, shortly after he separated from his wife Kirsty.
She and her ex-husband Ant McPartlin confirmed their split in 2018, following his stint in rehab the previous year where he sought help for alcohol and painkiller addiction.
Following rehab, Ant took a year out from the TV and he and Lisa parted ways, with their divorce being finalized in April 2020. 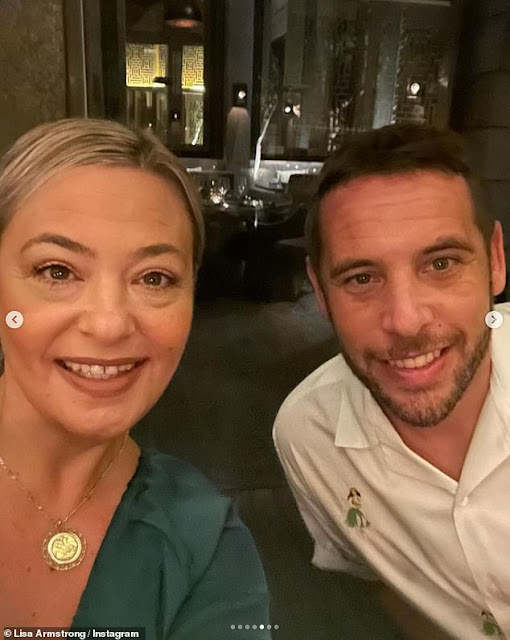 The Saturday Night Takeaway presenter was reported to have handed over £31 million to Lisa, including their £ 5 million home in West London, after an 'eight-hour negotiation'.
Last month Lisa appeared to make a thinly-veiled dig at her ex-Ant during an appearance on Steph's Packed Lunch.
Sharing her thoughts on 'what makes a happy relationship', she firmly said on Channel 4: 'Trust, loyalty, laughter.'
Ant was divorced by Lisa on the grounds of adultery with now wife, Anne-Marie Corbett but it was reported this was committed only after they were separated.
Next Post Previous Post
Celebrities Gossip