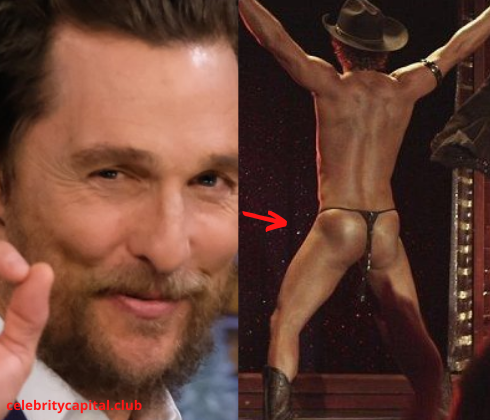 Over the last couple of years, we've managed to completely wipe Matthew McConaughey's naked bongo incident from our brains. He's been so busy repping Lincolns that we're more apt to think of him as an Uber driver rather than that annoying frat kid from Freshman year who incessantly bragged about making a bong from an apple. Remember, his certified best role was as David Wooderson in Dazed and Confused. Are you completely sure David Wooderson wasn't the one walking around in the buff slapping some bongos?
Unfortunately, it was actually McConaughey who did this baffling deed. In 1999, he was busted on suspicion of marijuana possession. According to the infamous police report, he was dancing around naked playing bongo drums while another man cheered. The charges were dropped, and McConaughey nonchalantly described his visit to the slammer as somewhere he wouldn't want to "rent a place" but  "it was a nice stay for a night."
These days, McConaughey mostly keeps his clothes on. He's even managed to transition into heavy roles in flicks such as Dallas Buyers Club and the HBO series True Detective. And though most of us forgot about it, he doesn't regret a thing.
"What's wrong with beating on your drums in your birthday suit? I have no regrets about the way I got there," he told Playboy (via the New York Daily News).
Next Post Previous Post
Celebrities Gossip