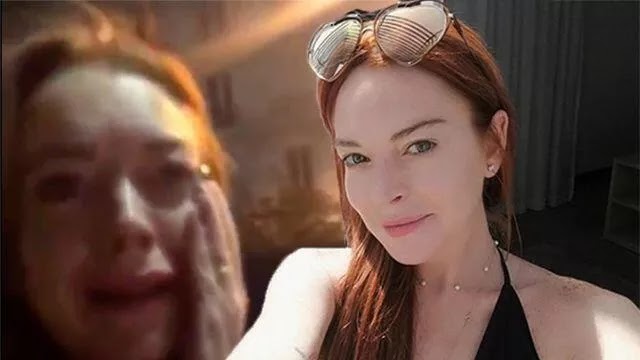 While speaking in English, Russian and Arabic, actress Lindsay Lohan followed a family for several meters in the early hours of this Saturday morning.

With her phone, she broadcast live on her Instagram account, which has 6.8 million followers, the images of her family running away from her.

Minutes before, the actress transmitted images from a nightclub. She is also seen getting out of a car and approaching two adults with two children sitting on a sidewalk under a blanket. She identifies them as "Syrian refugees" and says she is "really worried".

Lindsay Lohan admits on Twitter that she took cocaine

The actress then offers to take the two boys to a hotel for a movie and suggests that they shouldn't be "on the floor."

However, when the family refuses, the actress becomes increasingly hostile.

"You should be a working woman and do what you can for your children, so they have a better life," she tells her mother.

After a few minutes, the family decides to pack up their belongings and walk away from Lohan, who goes after them, accusing the parents of "child trafficking" and "ruining Arab culture."

Towards the end of the 10-minute video, the intense interaction turns physical. The mother is seen in the foreground, the phone camera loses its axis, a struggle is noted and, apparently, the actress - or the camera - ends up on the floor.

It's unclear where the video was filmed, but Lohan has tagged her recent social media posts in Moscow and Paris, explains BBC journalist George Pierpoint.

On Twitter, several users responded angrily to the video and accused the actress of trying to "kidnap" young people, while others described it as "shocking", "disgusting", "uncomfortable to watch" and an example of "white saviors", a term referring to a white person acting to help non-white people, with the help perceived in some contexts as self-serving.