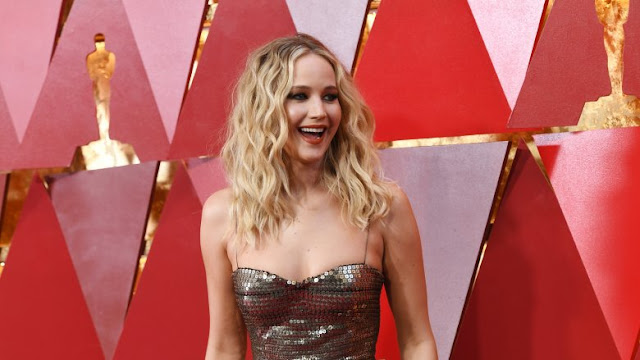 While it's difficult to identify when the public perception of Jennifer Lawrence changed, it's clear that Hollywood's former "it" girl is "it" no longer. In 2010, Lawrence burst onto the movie scene with a magnificent performance in Winter's Bone, one that earned her an Oscar nomination. Then, despite some debate, Lawrence landed the part of Katniss Everdeen in The Hunger Games franchise. She also became the one of the youngest winners for Best Actress at the Academy Awards, one of Time's "100 Most Influential People" in 2013, and, according to Forbes, the highest-paid actress in 2015 and 2016.
Lawrence's grounded and relatable personality enthralled fans. When she railed against Hollywood's body image issues and spoke humbly about her abilities and importance as an actor, she did it with a lovable and quirky humor. Somewhere along the line, however, fans stopped relating to Lawrence.
At the 2016 Golden Globes, when Lawrence jokingly chastised a reporter, her critics felt she went beyond her "usual quirky self." When Joanna Lumley introduced her as "the hottest actress on the planet" at the 2018 BAFTAs, Lawrence's joking response, "that was a bit much, but thank you Joanna," was criticized as "rude." Regardless of the reason for perception shift, it has shifted. And, now that fans are no longer letting Lawrence's normal girl persona slide, she might want to shift as well.
Next Post Previous Post
Celebrities Gossip