Midnight Cowboy was the first and only X-rated film to win the Academy Award for Best Picture. 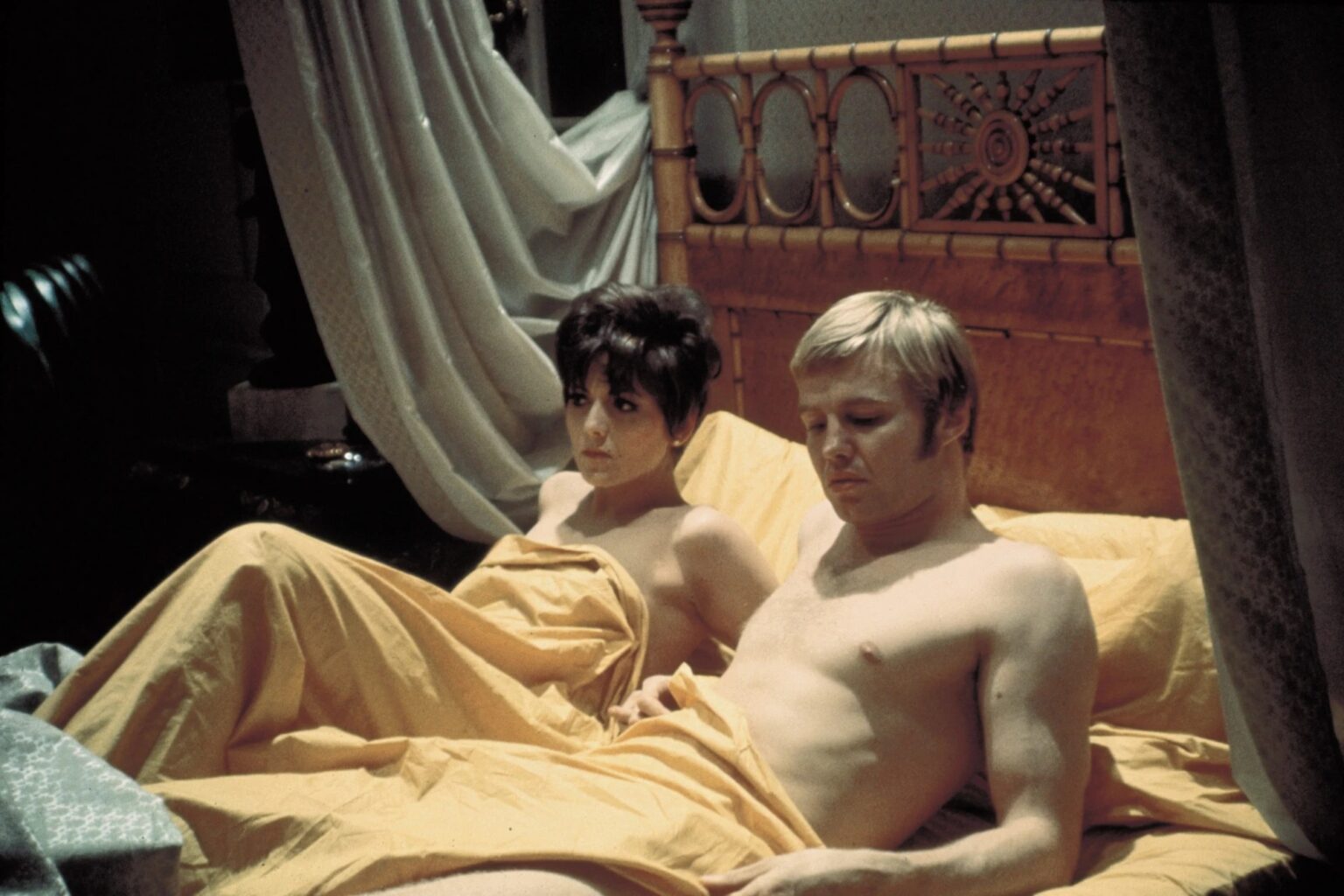 On May 25, 1969, the film Midnight Cowboy, starring Jon Voight as the naive male prostitute Joe Buck and Dustin Hoffman as the streetwise hustler bum Enrico Salvatore (Ratso Rizzo), was released. It offered a glimpse into the counter-culture through the eyes of an adult innocent.

The tale was based on a book by James Leo Herlihy, which was adapted for the movie by British director John Schlesinger, who made stars out of the protagonists, Voight and Hoffman. Even Schlesinger, who passed away in 2003, had doubts about the project. His 37-year-long boyfriend and the film’s on-set photographer, Michael Childers, recalls seeing him crying outside his trailer.

“Who’s going to see a movie about a cowboy who turns tricks on 42nd Street?” Schlesinger cried.

Midnight Cowboy is a remarkable artifact of its period, as if it were a bridge to New Hollywood – approachable and emotional in many ways, but always pushing the viewer to adopt new methods and gaze to the outskirts of American society. Two years later, with Sunday Bloody Sunday, a thornier and more graphic movie about s-xual fluidity, director John Schlesinger, a homosexual British filmmaker, would go even farther, but he had a great grasp of how daring audiences were prepared to go and how
far he could stretch their sympathies. He created a film that could win an Academy Award while also predicting the future.

Even before it was released, the Motion Picture Association of America (MPAA) chose to revise the film’s original R for restricted classification (under 16s must be accompanied by an adult) and apply their toughest rating for just the third time.

When the MPAA gave a picture an X rating, they did so because it was “not suitable for children,” as they did in 1969 with Medium Cool and Last Summer, both for “language and nud ity.” President Jack Valenti of the MPAA, who previously served as a press officer for President Lyndon B. Johnson, devised the scheme. Valenti, who was born in Texas, said X-rated films were typically “trash and garbage made by people out to exploit.” He despised the tale of a “cowboy” gigolo from his own “cowboy” state.

Valenti was dissatisfied with Midnight Cowboy’s first classification, and was especially troubled by a sequence between Buck and a teenage student portrayed by Bob Balaban, who was making his cinematic debut. Balaban said, “It was heavily implied that I performed oral sex on Jon Voight in a Times Square movie theatre.”

Balaban, at 22 years old, remembers calling his parents to inform them that his Hollywood career had begun. His mother said, “Do you have any lines?” “Not many,” Balaban said, “but at least it’s with the star – I give him a bl0w j0b.” A screening of the picture was seen by his uncle, Barney Balaban, who was the president of Paramount Pictures. He refused to talk about it with his nephew, who went on to have a successful career as a producer, garnering an Academy Award nomination for Gosford Park.

The idea that the s-xual adventures of the gorgeous, bisexual young Buck, with his western hat and boots, would sway naïve young people alarmed the MPAA morality guards. According to reports, the board did not appreciate the film’s “homosexual frame of reference.” The MPPA consulted with a Columbia University psychiatrist named Dr Aaron Stern, who cautioned that the gay scenes “could have an adverse effect on youngsters,” according to Tino Balio’s book United Artists Volume 2, 1951-1978: The Company That Changed the Film Industry. His counsel convinced them to give a big studio the first X rating.

Stern, who worked as a consultant, had degrees of power over what was considered acceptable morals for public consumption that appear unusual now. His firm position on Midnight Cowboy was well received by his bosses, and he was appointed to head of the MPAA’s Code and Rating Administration two years later. A year after the release of Midnight Cowboy, he went on the Dick Cavett Show and cautioned, somewhat sinisterly, that individuals who created sexual pictures “have to pay the price for what they do.” Stern was labeled as “an old fogey” by Mel Brooks, a guest on the same program.

But many people liked the movie. “An epic of the underside, a masterpiece of small lives and meager ambitions,” said Archer Winsten in a review for The Post. “It’s a love story,” Schlesinger said.

Midnight Cowboy is an excellent character study of a lonely guy who can’t escape the ghosts of his past, as well as a better buddy drama about two strangers who huddle together in their dark corner of the earth. But, now, what truly stands out is the film’s empathy for the underprivileged, those individuals who are invisible in today’s Hollywood, much less political representation. Poverty is normally something to be rescued from, rather than something that deepens and consumes as it did in this case. Joe loses money at his planned vocation, giving taxi money to his first trick, losing $20 on Ratso’s fraud, and being stiffed on a movie theater blowjob before profiting from the minor mercy of a socialite putting up her cash, which is the sad joke of Midnight Cowboy.