For centuries, the British monarchy has been known for its formal and rigid exterior. Members of the royal family have carried a stoic presence during public engagements, showcasing the institution's affinity to a stiff-upper-lip attitude. But Diana, Princess of Wales, challenged royal norms and made the royal family more relatable. 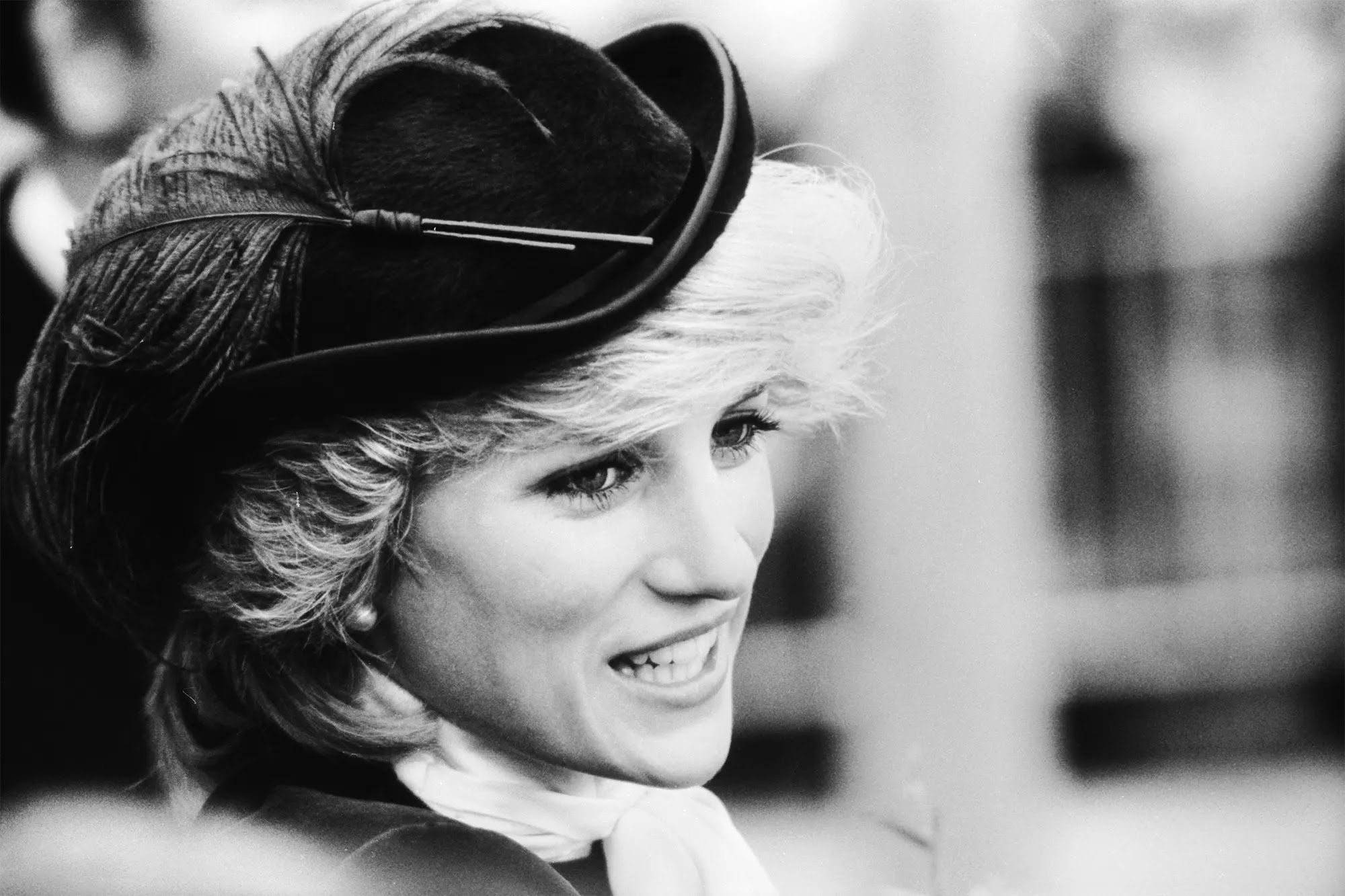 Her rise to international stardom as a philanthropist and glamorous icon was heavily rooted in her approachable demeanor, kindness, and rebellious spirit. In doing so, she made the royal family members more accessible. This influenced the way royals like Catherine, the Duchess of Cambridge, and Meghan, the Duchess of Sussex, interact with the public and the press today.

A royal education outside the palace walls 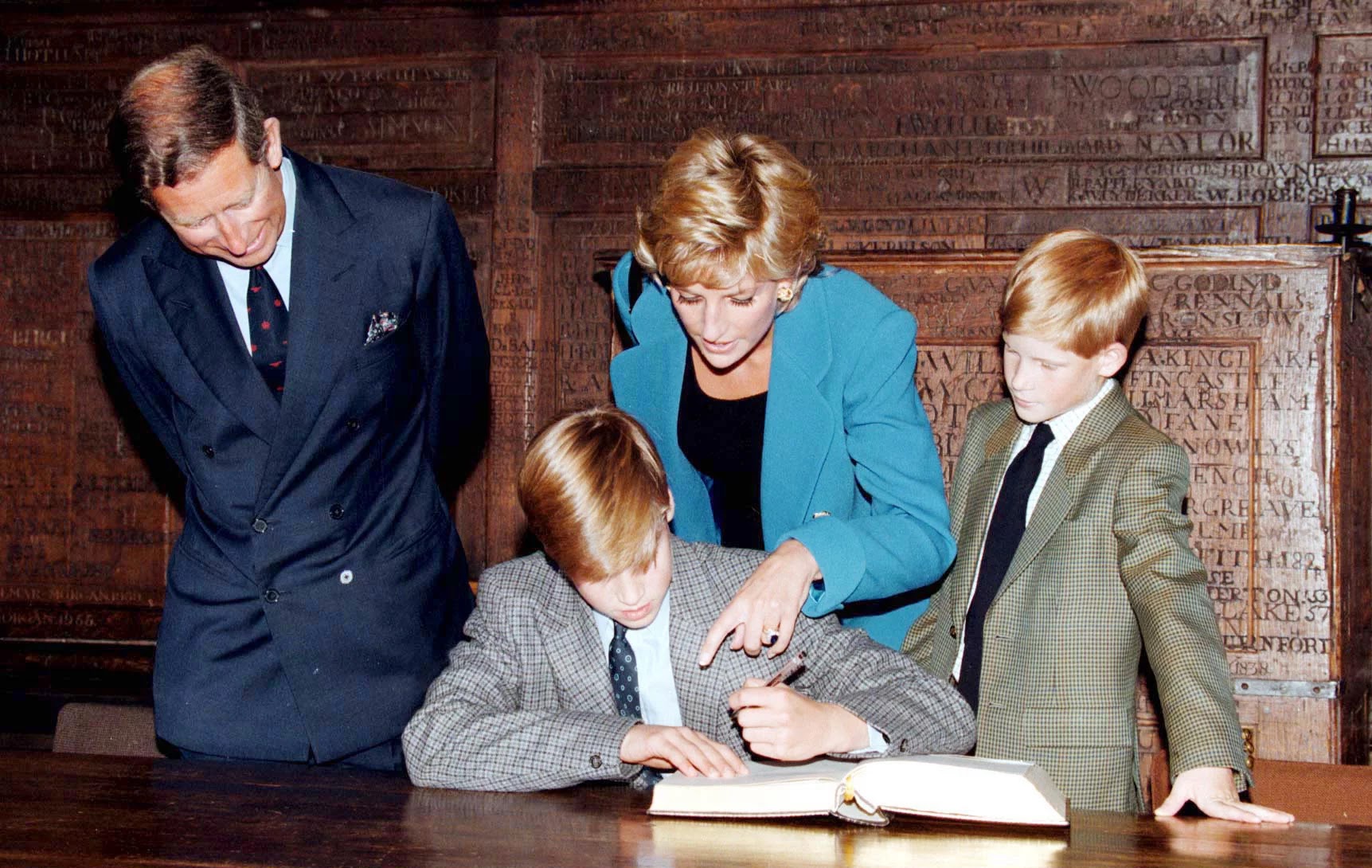 Diana made history again when her eldest son, Prince William, was three and she decided to send him to preschool -- making him the first member of the royal family to attend preschool outside of Buckingham Palace. In the past, future heirs to the throne stayed at home with a governess.

In 1985, the Prince and Princess of Wales escorted their eldest son to his first day of school at Jane Mynor's Nursery School in London, according to the New York Times. Princess Diana, who once worked as an assistant teacher, chose the small school because she wanted William to have a normal English child's education, the NYT reported at the time.

Prince Harry eventually followed in his brother's footsteps by attending the same school two years later. Diana's choice to provide her sons with an early public education showcased not just her bravery to break from royal protocol but to expose her sons to as much of a normal life as possible.

Diana omitted the word 'obey' from her wedding vows 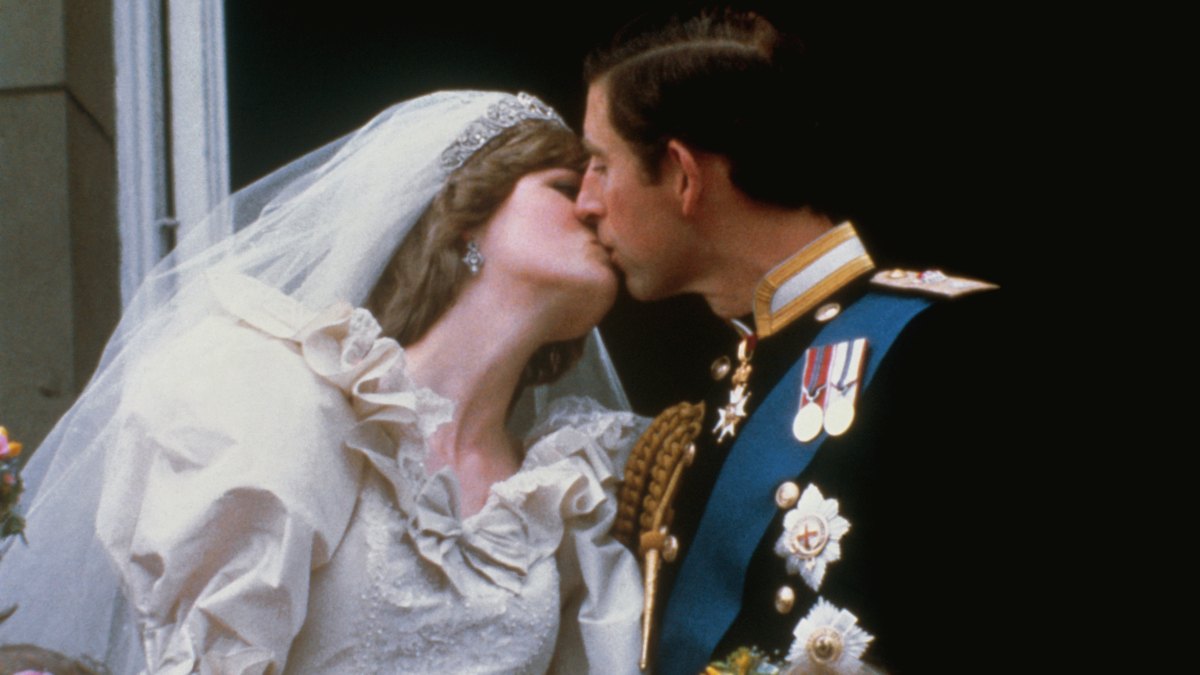 Diana, Princess of Wales, with Prince Charles of Wales at their wedding at St Paul Cathedral in London in 1981.

It's been a longstanding tradition for royal brides to say they will obey their husbands while reciting their wedding vows.

But when Diana, 20, married Prince Charles, 32, in 1981, she decided to remove the word "obey" from her vows -- breaking royal precedent. Instead, Diana said she would "love him, comfort him, honor him, and keep him, in sickness and in health."

The original phrase is from the 1662 Anglican Book of Common Prayer, which does not include the word "obey" in the husband's vows toward his wife. Even Princess Elizabeth made her vows to obey her husband, something that would be technically impossible when she later became Queen.

Both Kate and Meghan followed in Diana's footsteps omitting the word "obey" in their wedding vows decades later.

Raced barefoot at a school event 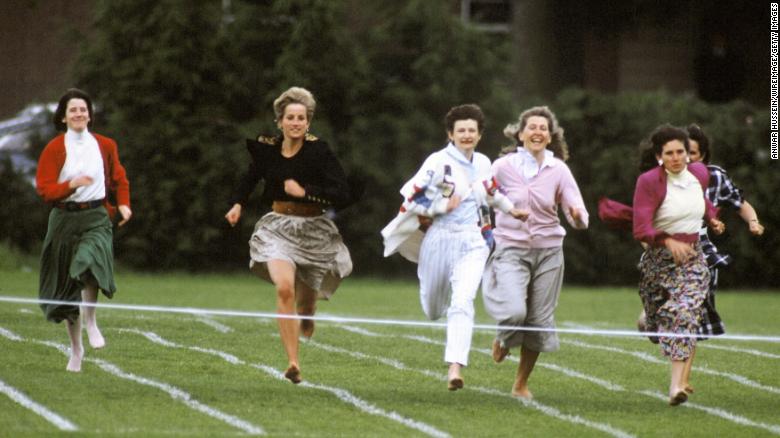 Diana runs barefoot as she takes part in the Mother's race during Prince Harry's school sports day on June 11, 1991.

This lighthearted moment captured at one of Prince Harry's school events showcased yet again the Princess of Wales' appetite for fun and competition. She was publicly a more hands-on parent than previous royal generations. She took her sons skiing, to the beach, to water parks, and even car racing.

In 1991, Diana participated in a foot race with other parents for "sports day" at Wetherby School. She ran barefoot and lost the race, reported Harper's Bazaar.

Royals are usually expected to keep their shoes on when in public. Most of these royal guidelines are learned and unspoken. According to Vogue, one of these rules is that shoes must be kept clean and tidy.

But Diana didn't let these guidelines infringe on her fun. Prince Harry said in an ITV/HBO documentary after Diana's passing that she was a "kid through and through."