The Tomb Raider star looked effortlessly glamorous in a chic oversized shirt and black leggings both designed by Wardrobe.NYC as she made her way around the busy city.

She completed her look with statement gold hoop earrings and threw on a pair of tortoiseshell cat-eye sunglasses. 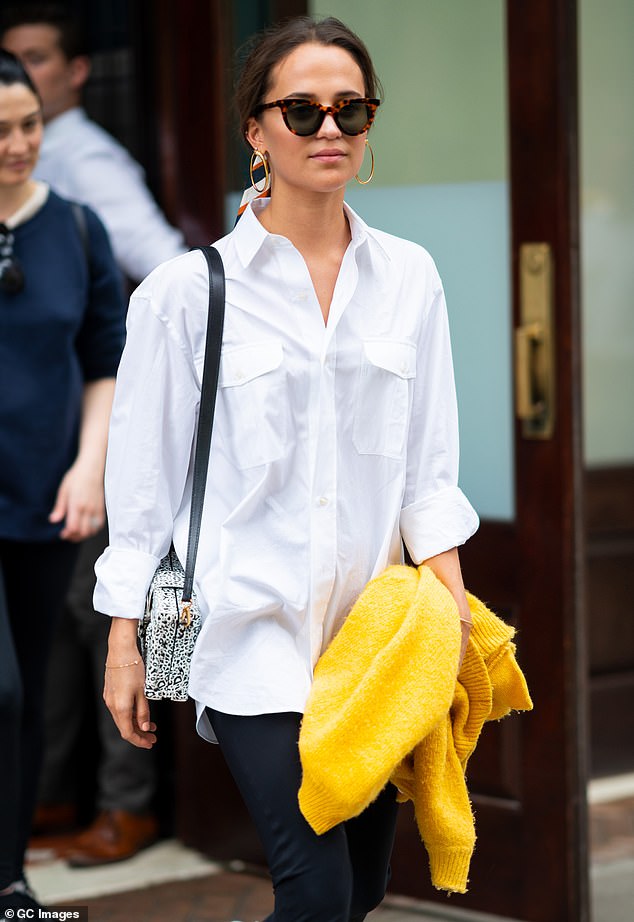 The actress opted for minimal make-up for her stroll, and tied her glossy brunette locks back with a white, blue and orange headscarf.

Alicia's latest outing comes after she was spotted making her way into the Merrion Hotel in Dublin on a pair of crutches at the end of April.

It is unknown how she sustained the injury, which she has appears to have now overcome.

The actress and her X-Men star husband have been in the Irish capital as Alicia films for the Green Knight - a fantasy retelling of the medieval story Sir Gawain and the Green Knight.

The film, directed by David Lowery, stars Dev Patel as Sir Gawain - a knight of King Arthur's Round Table who accepts a challenge to behead the mysterious Green Knight.

It is based on a 14th-century Middle English poem and is one of the most well-known of the Arthurian stories. Erin Kellyman, Ralph Ineson, and Barry Keoghan are also set to feature in the film.

Alicia and Michael made their couple debut on the red carpet of the Golden Globe Awards in 2016.

Things went from strength to strength and the pair went on to tie the knot in a romantic ceremony in Ibiza in 2017, with film director Steve McQueen among those on the guest list. 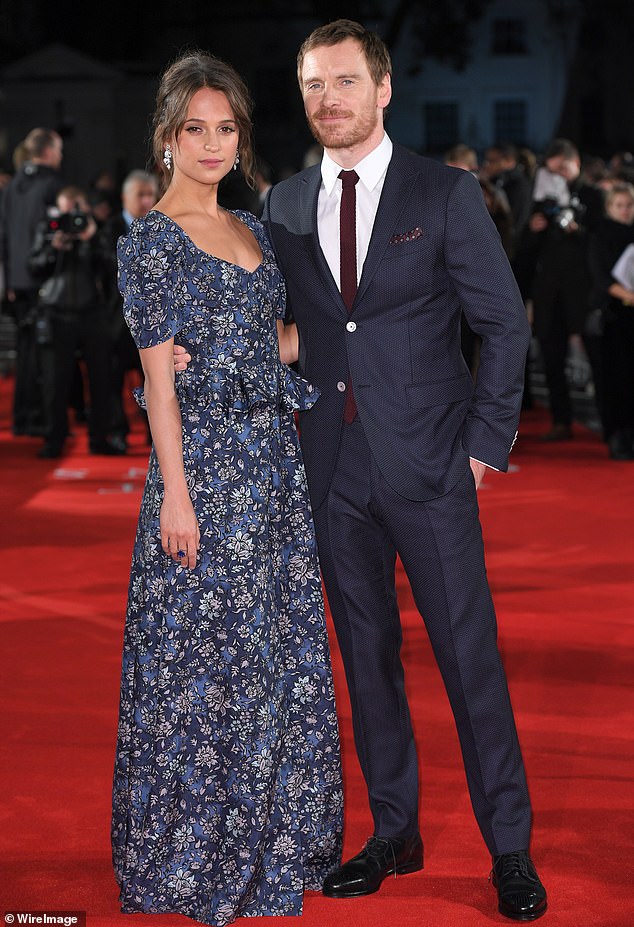 Alicia and Michael have since relocated to Lisbon together, of which the actress told Elle: 'When I met my husband three and a half years ago, he had mentioned he’d been to Lisbon and loved it, and I knew friends who were moving out there.

'And that was a time when I was just starting to feel really at home in London. But after Brexit I think I was like, "Meh, you know what, I want to stay in Europe."'