Actress Blanca Blanco's Oscar dress resulted in a major wardrobe malfunction on the red carpet as the gown revealed more than her long legs. The actress became a victim of a disastrous wardrobe malfunction as the dress revealed her lady parts, along with her sexy legs. The thigh-high slit flashed her private parts all the way through the red carpet as she made her way into the awards venue.

The Awakened actress donned a golden gown with huge puff sleeves on either side of her shoulder. She accessorized the dress with a thin gold waist belt. The thigh-high slit was supposed to fall on her left side but slid into the front to reveal her lady parts, making on-lookers doubt if she wore any panties.

The actress did not seem to bother as she strolled down the red carpet with all the oomph and confidence. Blanco paired the sassy dress with black heels and a wallet. Pulled back their hair, she donned smokey eye makeup. 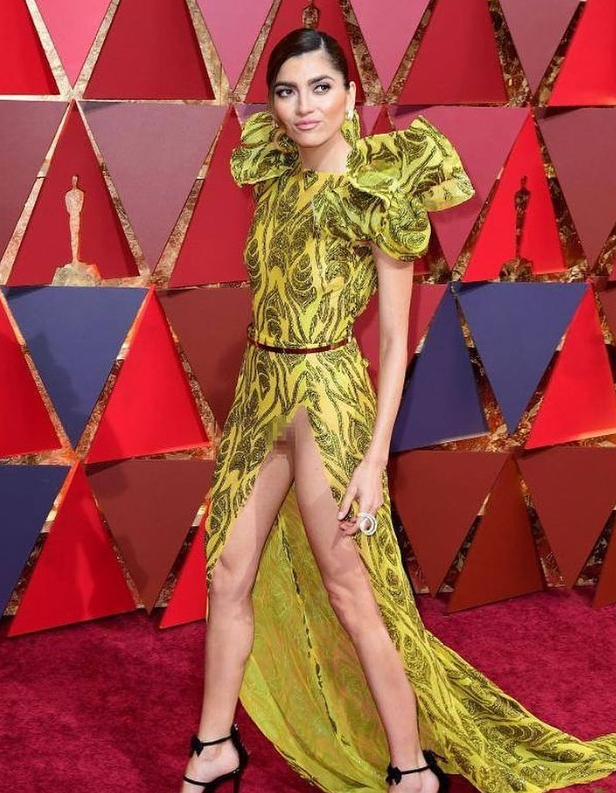 The wardrobe malfunction paved way for the actress to list under the worst dressed list as announced by E!. On the other hand, News.com.au speculates that the actress purposely chose to reveal more than just her legs. The actress is best known for her work in Teen Star Academy and Showgirls 2. And the website suggests that she wore a G-string flashing frock in order to gain some publicity at the Oscars.