In the wake of the Harvey Weinstein sexual harassment scandal, a number of women have taken to Twitter to share their stories of when men made them feel uncomfortable. 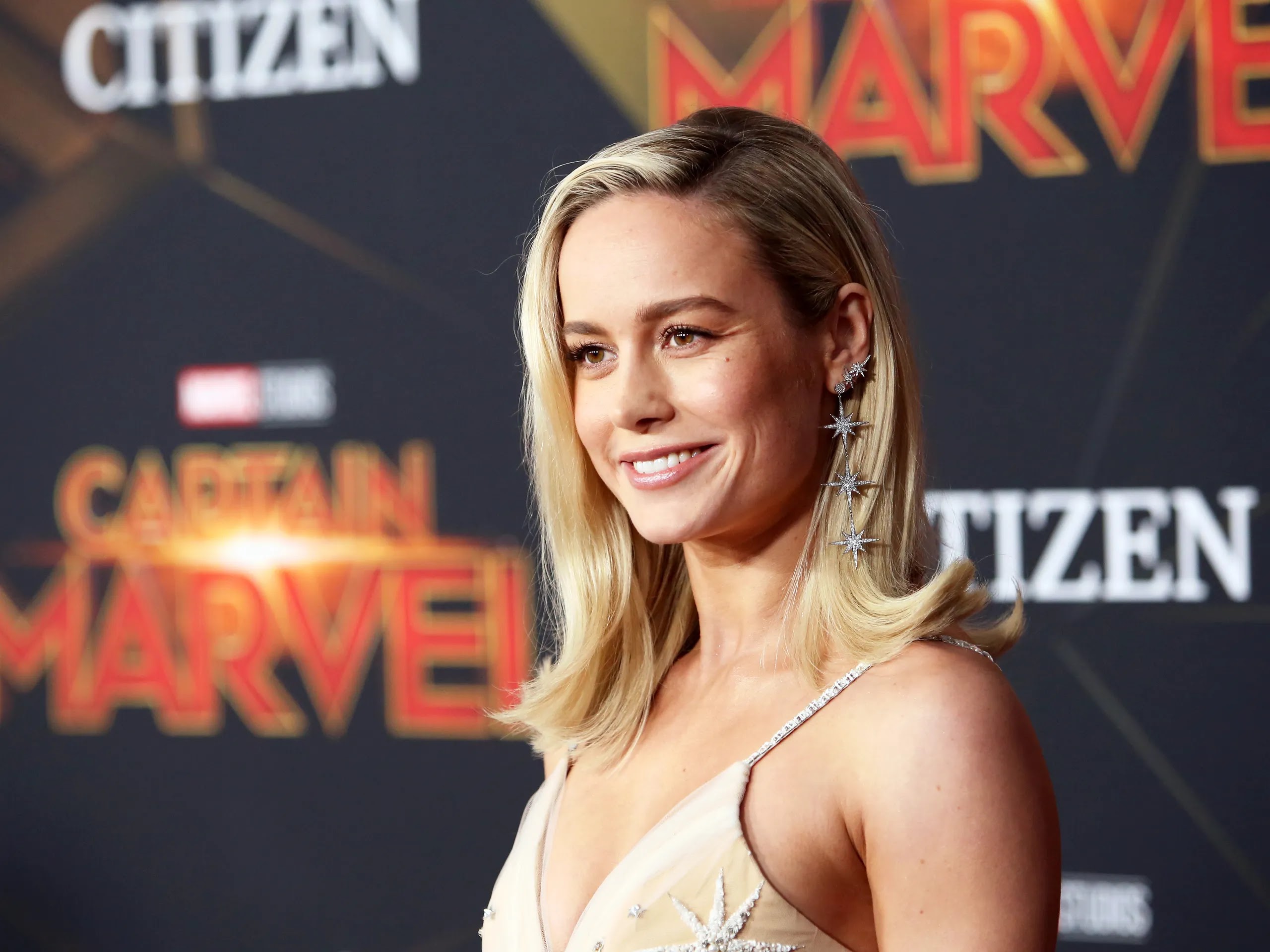 Brie Larson was one of those women, sharing her own “uncomfortable” experience she had at an airport recently.

The Oscar-winning actress, 28, tweeted on Thursday about her experience after she behaved politely toward a TSA agent.

“I merely smiled at a TSA agent and he asked for my phone number,” she wrote. “To live life as a woman is to live life on the defense.”

The actress received criticism for the tweet, with one person replying, “OH NO! A guy asked for your number. You poor thing. Women are complaining they don’t find a good guy, but complain when dudes ask for their #.”

The star quickly responded writing back, “You do realize you’re blaming me for a situation I did not ask to be in? A situation that made me uncomfortable?”

Larson continued, “I hope you take the time to learn more about the experience of women. It’s real + scary sometimes and people like you can make it better.” 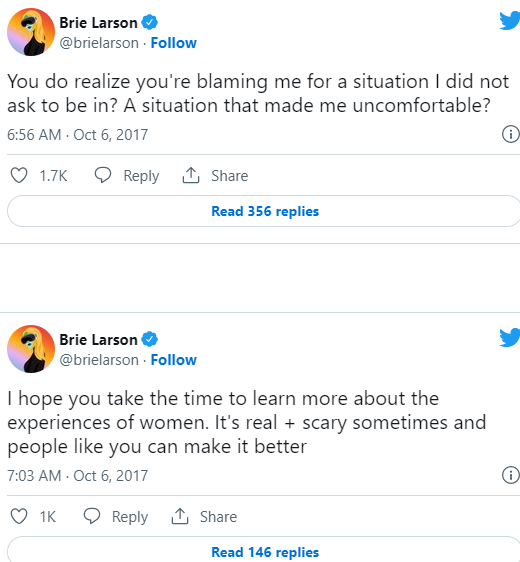 The Oscar winner also tweeted her support to all women who have been sexually harassed.

As always, I stand with the brave survivors of sexual assault and harassment. It’s not your fault. I believe you,” she tweeted.

Larson then addressed those who dismissed her and other women’s concerns again, writing “Are you up to learning something that may challenge your current view?”

“First step: listen. I don’t need you to explain why my experience is invalid. I need you to listen because I am not a liar and I have a soul,” she wrote.

“Second: ask questions. If you don’t understand, believe in us enough to learn more. This can be challenging if our perspectives differ,” she continued. “Third: speak from a place of love. Remember that we are (hopefully) just trying to make the world a safer place for all.”

“Fourth: social media can broaden your worldview. It can bring us together to learn. Don’t miss this opportunity to grow in unexpected ways.”

The Room actress, who won an Oscar for portraying a kidnapping and sexual-assault survivor in the film, has long been an advocate for sexual assault victims and women’s rights.