First Dates star Cici Coleman took to Instagram on Friday to flaunt her fantastic figure in a sexy green bikini as she celebrated St Patrick's Day.
The 35-year-old who has been living in Indonesia since the beginning of the year shared snaps of herself enjoying a cocktail.
In one shot blonde Cici poses with a brunette friend, who wears a matching emerald green bikini. 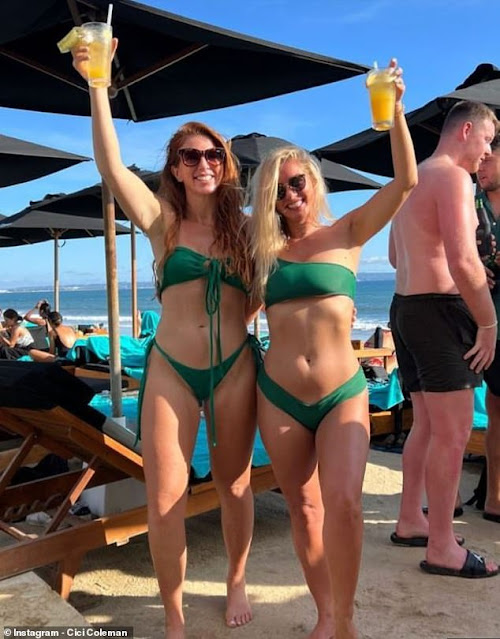 The gorgeous pair both beaming, hold their drinks to the sky as they enjoy the tropical weather.
The two wore almost identical green pieces which clung to their fantastic figures, to celebrate the Irish festivities,.
Faces hidden behind chic shades, Cici's long hair falls to her side wet from a swim in the ocean. 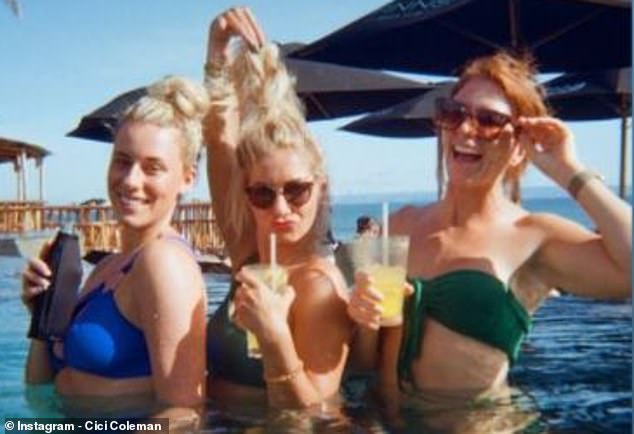 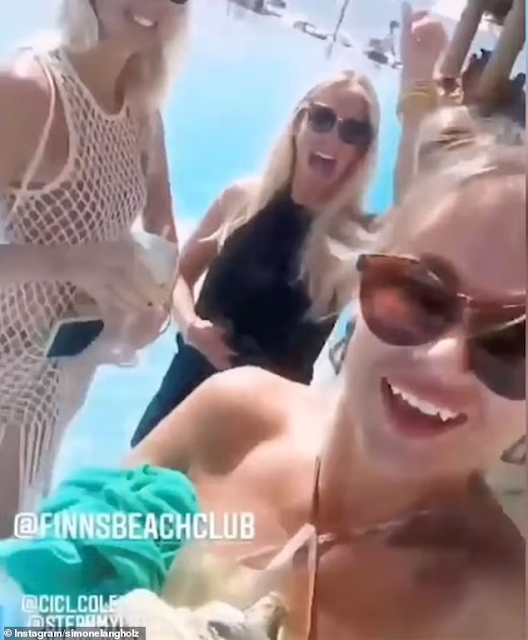 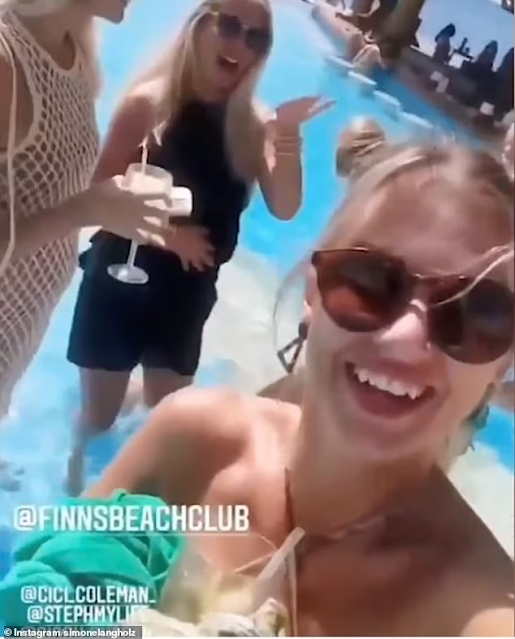 In another video the star can be seen enjoying a night time frolic in the pool with pals as they enjoy the music.
Cici tousled her hair and pouted jokingly for the cameras as her friends laughed on.
She started her St Patrick's day by sharing shots of herself working out in the gym, vowing that she wouldn't drink. 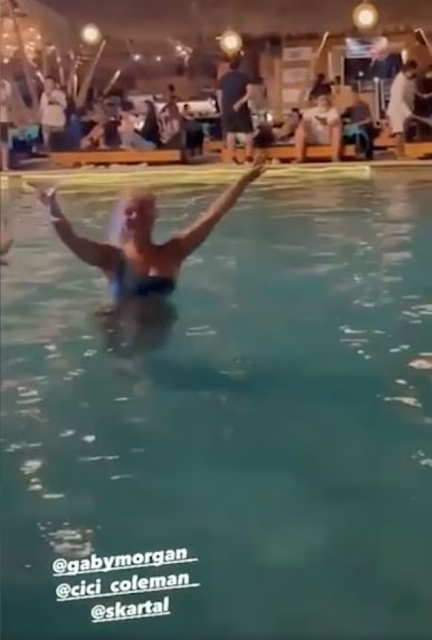 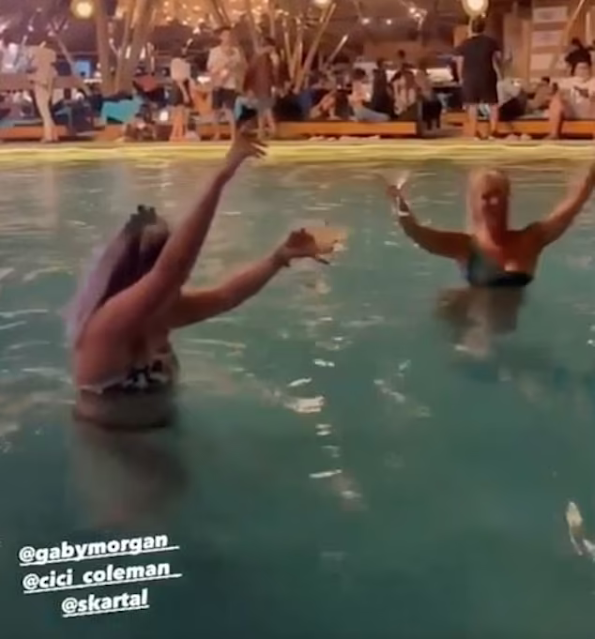 But quickly changed her mind and stripped down to the revealing bikini to enjoy a cocktail or two.
As the blonde beauty lifted weights earlier in the day she revealed her plans to work on her bottom writing 'bring on the booty'.
She captioned the work out: 'For the first time since my knee injury I have zero pain, absolutely buzzing about this and now I can challenge myself again - bring on the booty'. 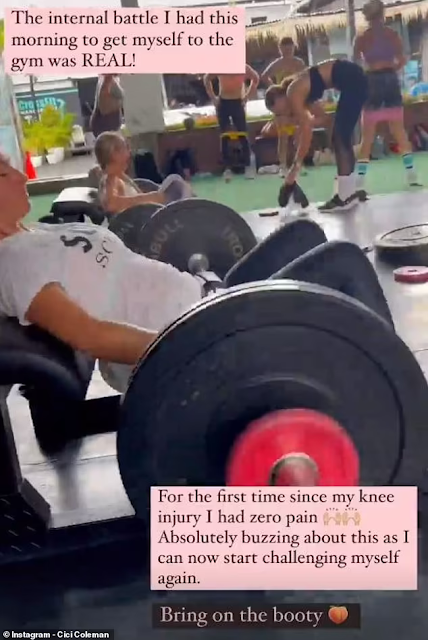 The gorgeous star who recently suffered a leg injury during her travels has been working hard on a new workout regime.
Taking to Instagram Cici shared before and after pictures were taken four weeks apart where she posed in sexy swimwear.
She told in the caption how she was feeling 'so much better after reducing her sugar intake and getting back to exercising after recovering from a surfing injury. 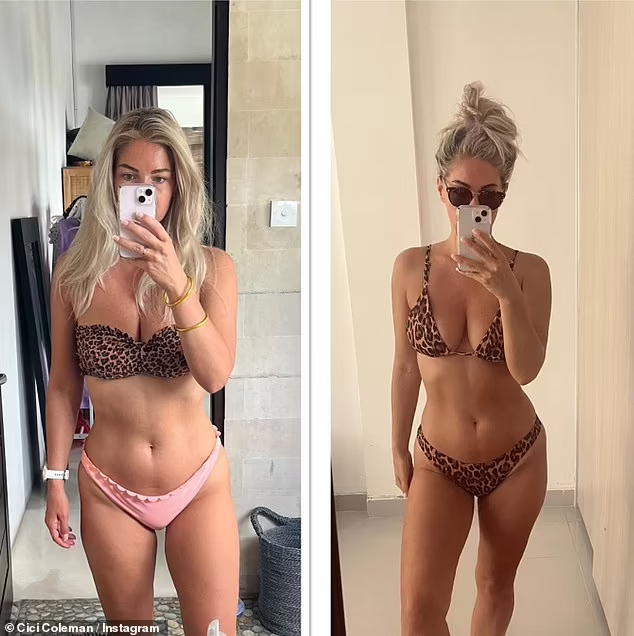 The beauty looked great in the 'after' picture as she slipped into a skimpy leopard print bikini that showed off her toned abs and ample assets.
She penned alongside in the caption: 'I had all the intentions of arriving in Bali and absolutely smashing exercise and eating well.
'For the first month, I found myself shoveling down my own body weight in food because it is so yummy out here. My average of 15k steps a day was reduced to sometimes 3k because nobody walks here. Then I got an injury from surfing which KO'd me. 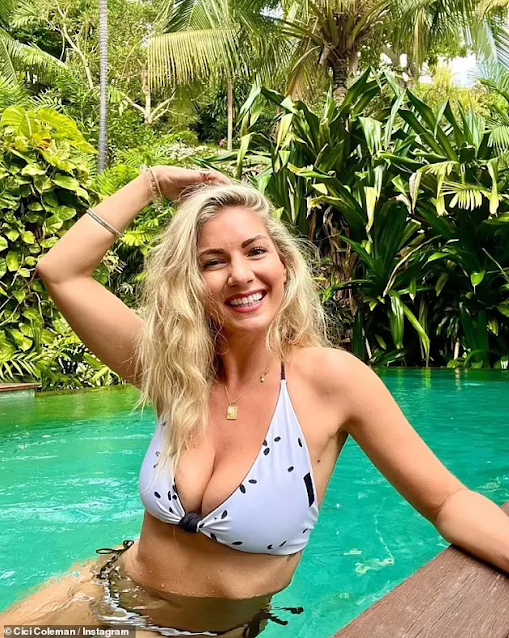 'Now I've been given the green light from the osteo, I'm slowly but surely getting back to me again.
'I've only made some small tweaks, mainly trying to reduce my sugar intake and mannn I feel so much better for it.
'Let's see what the next couple of weeks brings. These pics were taken a month apart!' 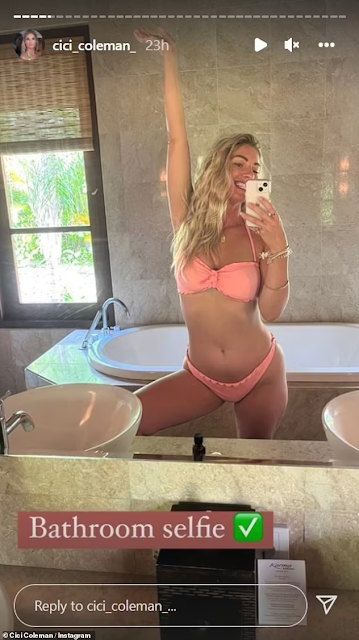