Elisabeth Moss knows that people think her starring role in “The Handmaid’s Tale” seems counter to her being a Scientologist.

But the actress says it’s complicated.

In an interview with The Daily Beast, Moss was asked about her belief in Scientology and how that might be seen as “being at odds with the themes” in her hit Hulu drama as well as the show which made her famous, AMC’s “Mad Men.”

“Listen, it’s a complicated thing because the things that I believe in, I can only speak to my personal experience and my personal beliefs,” she said. “One of the things I believe in is freedom of speech. I believe we as humans should be able to critique things.”

Scientology has long been a controversial religion and has become even more so since former Scientologist and actress Leah Remini launched her popular A&E Network docuseries “Leah Remini: Scientology and the Aftermath.”

Leah Remini takes on Scientology in the A&E series

In it, the “King of Queens” star shares stories of those who say they were abused by the Church of Scientology, including being forced to cut off relationships with those who were not members. 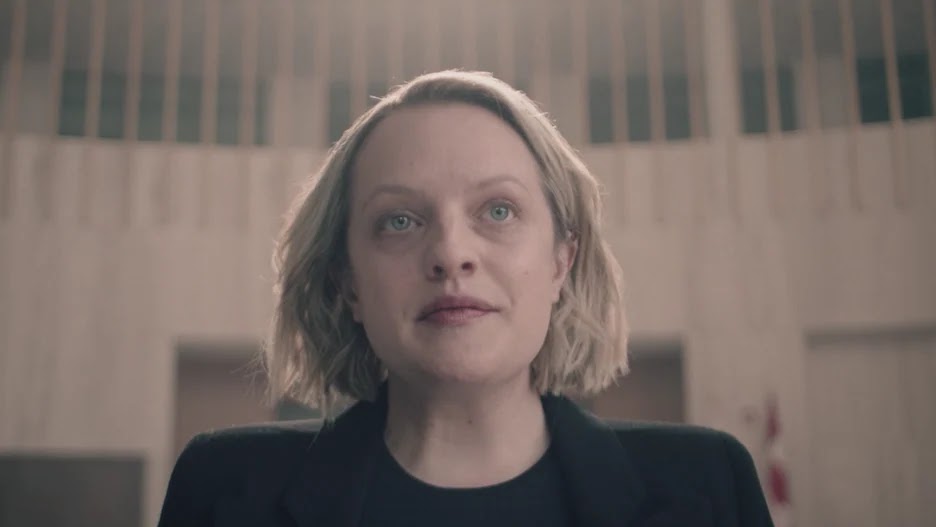 Church says Remini’s show is only about money

The Church of Scientology has denied such claims and a disclaimer from them runs throughout each episode of Remini’s show.

In 2017, the Church of Scientology released a statement about the show’s renewal for a second season.

“Leah Remini’s show is and always has been about money. She teamed with A&E to shamelessly turn religious hate into a commodity by treating it as entertainment,” the statement read in part.

Moss told The Daily Beast she believes in freedom of the press and “people being able to speak their own opinions.”

“I don’t ever want to take that away from anybody, because that actually is very important to me,” she said. “At the same time, I should hope that people educate themselves for themselves and form their own opinion, as I have.”

She also stressed that she is not anti-LGBTQ. Critics of the Church of Scientology have accused it of being anti-gay.

“It’s like, it’s a lot to get into and unpack that I can’t do. But that is not my bag,” Moss said. “I am obviously a huge feminist and huge supporter of the LGBTQ community and believe so strongly – I can’t even tell you – in people being able to do what they want to do, to love who they want to love, to be the person that they want to be – whoever that is.”

Moss said she believes her current show lines up with who she is.

“The things that I believe in personally, for me, ‘The Handmaid’s Tale,’ and the ability to do something that is artistically fulfilling but is also personally fulfilling, I’ve never had that,” she said. “‘The Handmaid’s Tale lines up so perfectly parallel with my own beliefs in freedom of speech, freedom of religion, and the things that this country was actually built on.”