The Umbrella Academy actress, who is married to dancer Emma Portner, came out in 2014 when she was 26.

And the 31-year-old revealed she used to ‘make girlfriends leave buildings through different exits’ and ‘hide in hotel bathrooms when room service came. 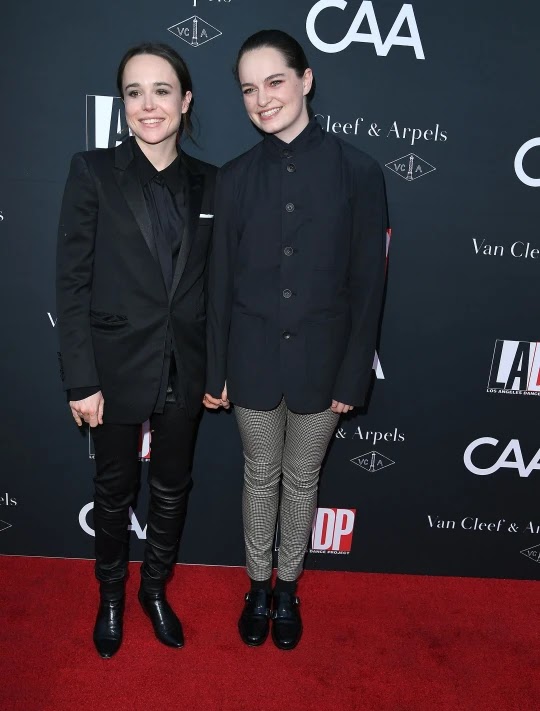 ‘I mean, I barely touched a woman outside until I was 27 years old,’ she explained.

But she explained she ‘transformed’ overnight after coming out, admitting it was an ‘enormous relief’.

‘And, I wasn’t OK, physically, at the time. I had a lot of physical stuff that was happening. I was very susceptible to panic attacks. And coming out, like [she clicks her fingers] it was as if I transformed overnight.’

Ellen’s journey is very similar to that of the character she plays in Umbrella Academy, adding to the Independent: ‘She’s going from this place of repression to finding out who she is, to getting in touch with the rage she has, that leads into this… power.’

The Juno star’s words come after she made headlines for calling out Chris Pratt, over attending Hillsong, an ‘infamously anti-LGBTQ church’.

During an appearance on the Stephen Colbert show, the Parks And Recreation actor opened up about his beliefs, telling the host: ‘Sometimes just having a self to share is what kills you, because there’s nothing left. So you have to have a light to share. A light that’s just as bright as any of these lights. 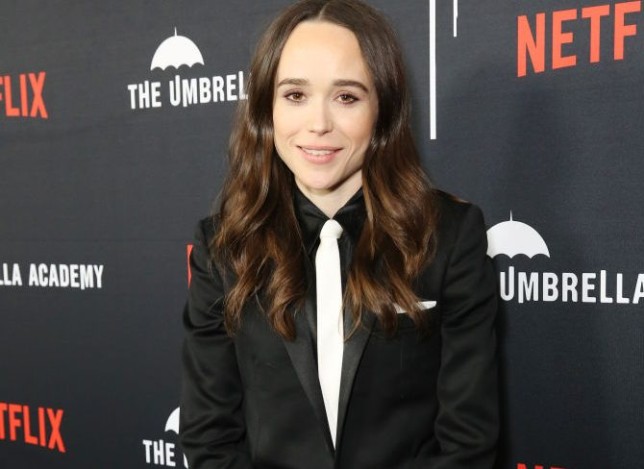 ‘Then you can survive and then you can save some of yourself and not give it all away. It’s true.’

Ellen was left unimpressed with his words, tweeting: ‘Oh. K. Um. But his church is infamously anti lgbtq so maybe address that too?’

Clarifying her own comments, she later added: ’If you are a famous actor and you belong to an organization that hates a certain group of people, don’t be surprised if someone simply wonders why it’s not addressed.

‘Being anti LGBTQ is wrong, there aren’t two sides. The damage it causes is severe. Full stop. Sending love to all.

‘If lgbtq+ people are expressing their pain, their trauma, their experiences…maybe just try and listen? Open your heart, stop being defensive and have compassion. It’s a beautiful and life-changing feeling, empathy. Much love truly to all.’

After a lot of backlashes, Chris blasted the claims about Hillsong’s anti-LGBTQ church, stating ‘nothing could be further from the truth

In a message shared on his Instagram story, the dad-of-one explained: ‘It has recently been suggested that I belong to a church which “hates a certain group of people” and is “infamously anti-LGBTQ”.

‘Nothing could be further from the truth. I go to a church that has opened its doors to absolutely everyone.

‘Despite what the Bible says about my divorce my church community was there for me every step of the way, never judging, just gracefully accompanying me on my walk,’ he continued.

‘They helped me tremendously offering love and support. It is what I have seen them do for others on countless occasions regardless of sexual orientation or gender.

‘We need less hate in this world, not more, I am a man who believes that everyone is entitled to love who they want free from the judgment of their fellow man.’