Emily Blunt and John Krasinski can do it all.

The famous Hollywood couple was spotted out on Tuesday in New York with their two daughters Violet, aged three, and Hazel, aged five, leaving a popular New York restaurant.

Both parents were seen helping their little ones out of The Inn at Pound Ridge as Emily, 36, carried Violet and John, 39, helped Hazel.

The Office star looked casual in a black hat and gray slacks as he juggled a couple of his daughter's things in his hand. 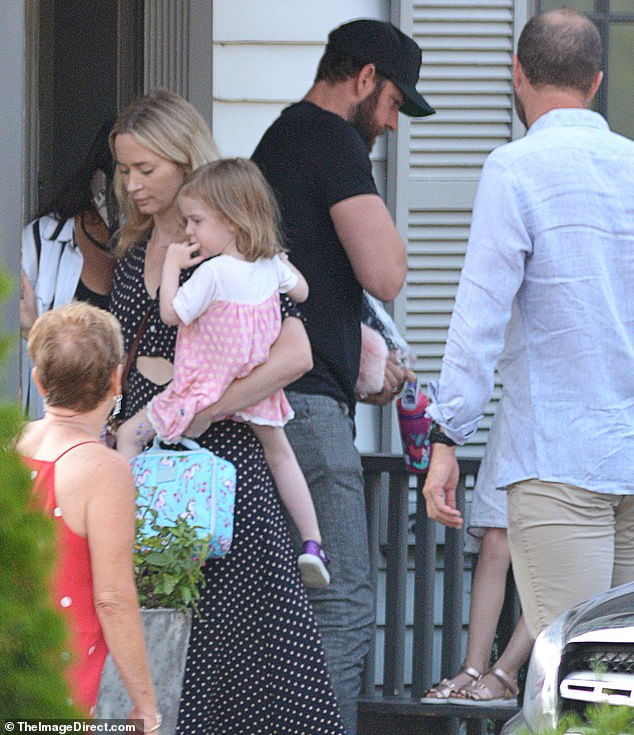 The little girl stood on a bench before being swooped up by her father and carried out of the establishment.

Hazel wore a blue dress with pink sandals and her blonde hair down.

Over the weekend, Amazon released the teaser for John's new show, Jack Ryan. 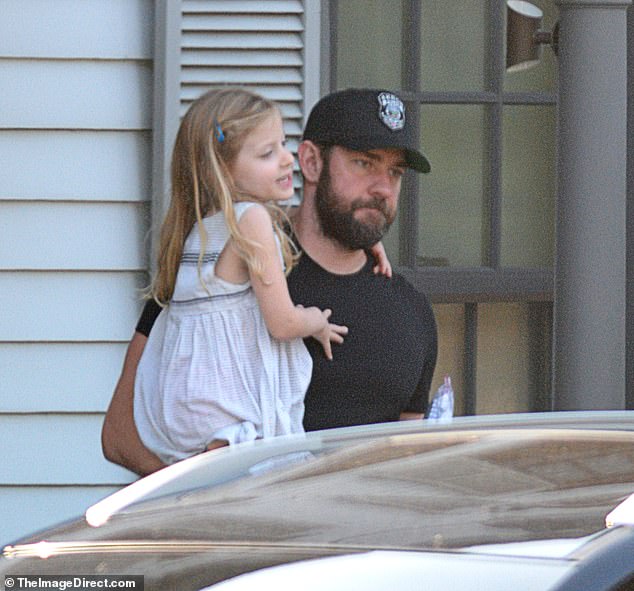 This will be the second season of the drama which shows John as the star who plays a CIA analyst. The father of two is currently shooting the third season of the show as well as The Quiet Place sequel with his wife.

The second season is set to premiere later this year.