The actress took to Instagram to share the happy news that she welcomed her first child, a son, into the world with her husband Benjamin Walker.

Taking to Instagram, she wrote: "Welcome to the world little man. We couldn't be happier or more in love with you & Arnie's loving his new cuddle buddy. (sic)" 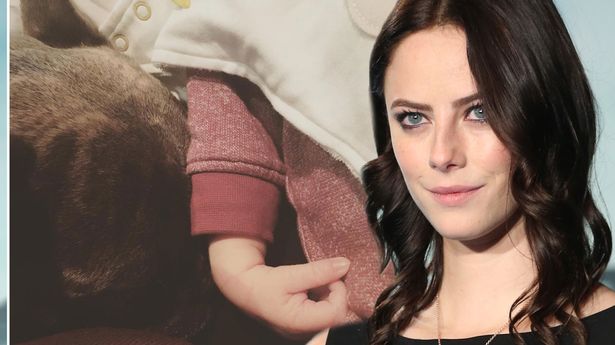 No other details about the baby have been released as of yet but their French bulldog Arnie seemed enamored by the little one as he snuggled up to the baby in the photograph.

The pair announced their pregnancy on the social media site this June when Benjamin uploaded a picture of the couple kissing on a beach as he held Kaya's exposed baby bump.

He wrote: "Happy summer from the four of us.I love you @kayascods."

Posting a message on Facebook, she added: "I love you @findthewalker. I love our little family ..."The family is expanding. And no we are not getting another dog, Arnie would be way too jealous. (sic)"

Benjamin and Kaya met on the set of The Moon and the Sun and got engaged in December 2014 after just a few months of dating.

The couple tied the knot one year later in a beautiful ceremony.

Meanwhile, Kaya previously opened up about how she moved to New York to be with the Abraham Lincoln: Vampire Hunter star after admitting it was tough to maintain a long-distance relationship.

She shared: "Ben lives in New York and I live in London, so we have to work hard to see each other. You have to go for it, which I like."