Gal Gadot ended her fashion streak with an unfortunate cameltoe wardrobe malfunction at the launch of Revlon’s “Live Boldly” campaign at the Skylight Modern in New York City yesterday. 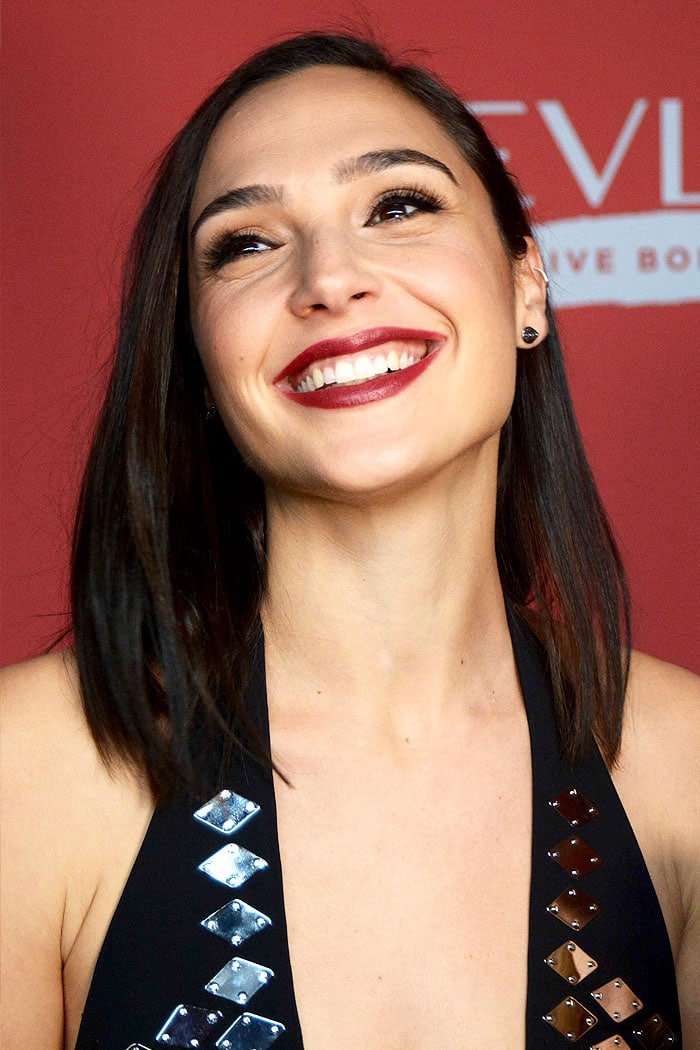 The Israeli beauty wore an ill-fitting Mugler Spring 2018 halter jumpsuit that bunched up at the crotch, appearing to have camel toes as she posed for the cameras.
The “Wonder Woman” star sported striking berry lips and flashed her beautiful smile, but there was only so much she could do.
Gal’s Mugler jumpsuit made it appear as though she was wearing a one-piece swimsuit over top of palazzo pants, and it certainly didn’t help that the thighs of the Mugler creation were oddly see-through. 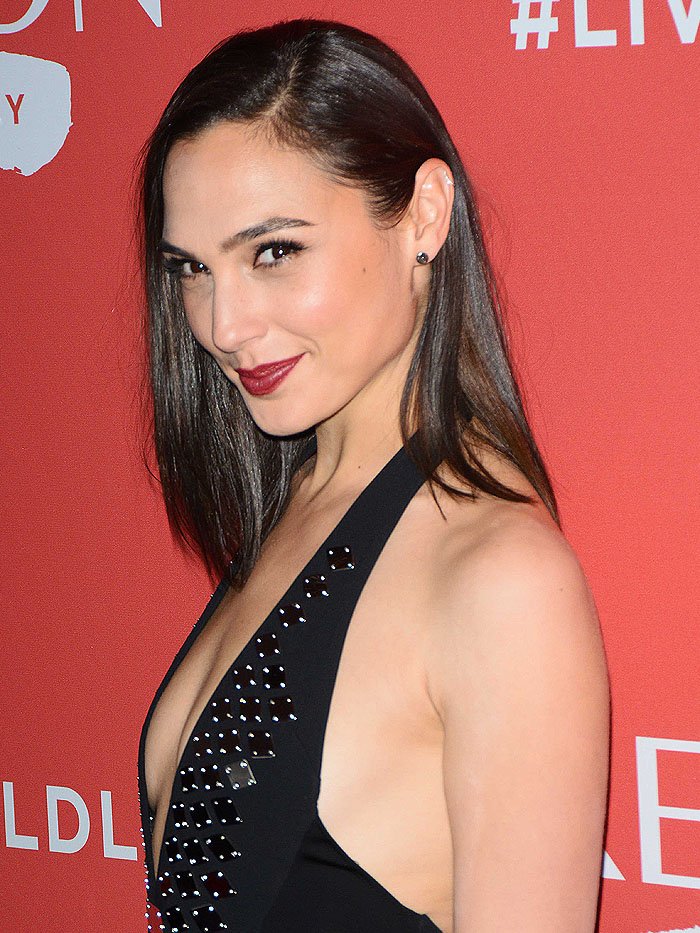 Would you give Gal Gadot’s Revlon’s “Live Boldly” campaign look a yay or a nay?
This is the fourth time in a row now that Gal has worn her favorite Gianvito Rossi “Carlyle” sandals. We’re actually starting to wonder if Gal or her stylist forgot to pack a different pair of shoes. You can buy them at Nordstrom and Matches Fashion.
Next Post Previous Post
Celebrities Gossip