"When I realized that, 'My God, if I can't even define sexual harassment, how many people out there also can't,'" she questioned. 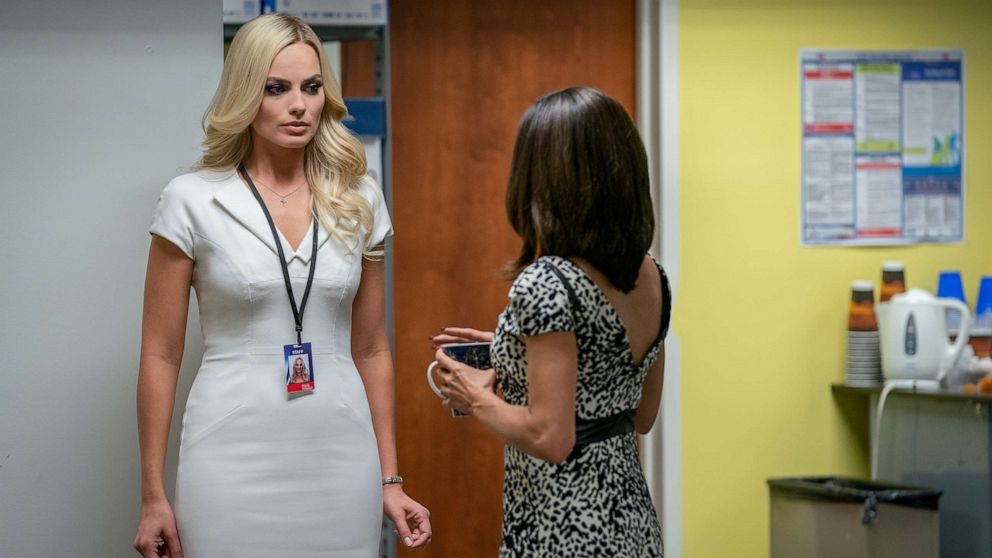 Robbie said she went undercover on social media to prepare for the role and observe "how young millennial women spoke about their politics when they were conservative and Republican."

"I just started a fake Twitter account and started following a lot of other accounts," she said. "It was helpful."

Robbie said her character starts out with "a very specific strong point of view on the world and her workplace and by the end of the film, she has a completely different outlook and is forever changed."

While Kelly's character displays an "every man and woman for themselves" attitude, Robbie said her character's outlook was more about "it's all of our job to look out for each other."

"It's sort of like a generational -- [that] different point of view," she added.

The movie, based on true events, has spurred new conversations, especially from real-life characters like the former Fox News personality who recently shared her thoughts on social media.

Kelly broke her silence about the movie after it opened, writing on Instagram, "Watching this picture was an incredibly emotional experience for me, and for those with whom I saw it. Sexual harassment is pervasive in this country; it can leave scars that do not heal." 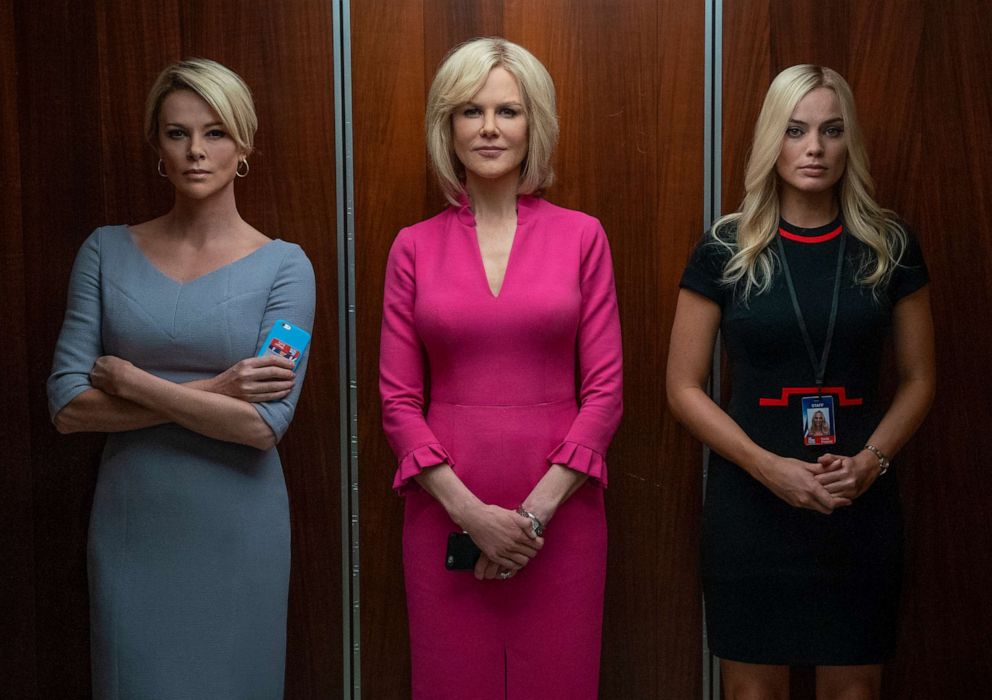 She also said that she "only got her first look at the film once it was past the point of any possible edits, though there are certainly some I would have made."

Robbie said what has been interesting about this movie "is that it seems to really incite conversation."

"People finish the movie and they just want to share stories, their experiences, things that happened to them," she explained.

Robbie also said she'll be happy if people are moved by the film.

"Sexual harassment isn't a problem just for women to solve," she said. "Just because mainly women are the victims of sexual harassment, it doesn't mean that it's their job to figure it all out and fix it. I think that's everyone's job."