From Tessa Thompson's rainbow gown to Halston Sage's sleek Zac Posen dress, we're still swooning over our favorite Emmys looks from Sunday night. And any star will tell you, it takes some effort to look that good.

When it comes to getting glammed up for an award show red carpet, there's just as much attention paid to what goes underneath those gorgeous gowns to make sure stars stay photo ready and far away from wardrobe malfunctions. 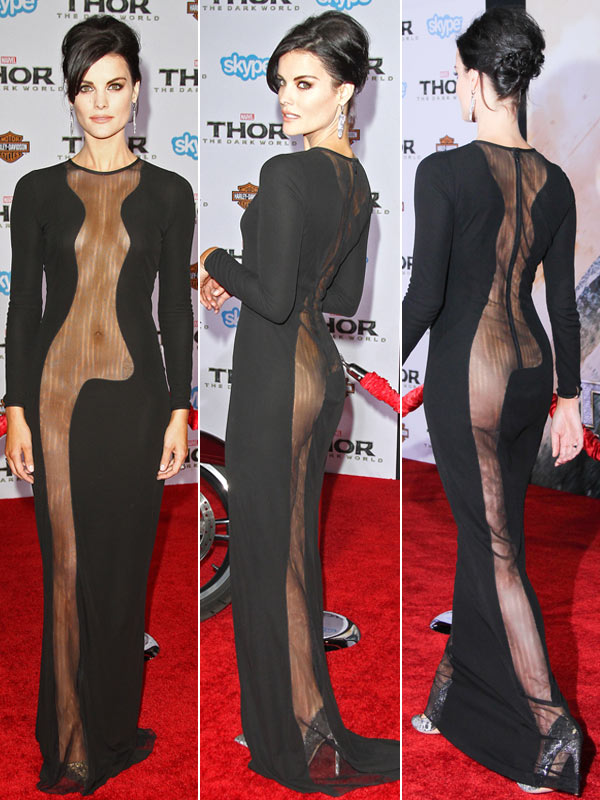 As we hit the red carpet at the Microsoft Theater ahead of the show, we talked to Thompson and Sage about just that, with Madeline Brewer, Ellie Kemper, Jaimie Alexander, and more dishing on what they wore under their gowns to keep to complete their looks for Emmy Sunday.

"I'm wearing a pair of Spanx, flesh tone, you know keep everything together," Thompson told InStyle about her rainbow-hued sequinned Rosie Assoulin dress. "It's like having a warm fashion hug around your midsection." As for the inspiration behind her look, which she completed with "wet" slicked back hair, Thompson added, "I was like I don't feel like dressing for the Emmys. I'm going to dress for like a unicorn gala or something."

Meanwhile, Kemper opted for a sheer Jenny Packham gown with beaded floral detailing and skipped anything extra underneath it. "I didn't have to do anything special for this," the Emmy-nominated Unbreakable Kimmy Schmidt star told us. "I'm wearing underpants, you'll be happy to know, but beyond that there was no girdle. Even the back is sheer so you can't wear any real bra so it's not demanding in terms of underpinnings, which I love because I'm very comfortable."

Find out what Jaimie Alexander (in Naeem Khan), Handmaid's Tale star Madeline Brewer, and more told us about their secret Emmy dress undergarments in our "What's Underneath" clip.