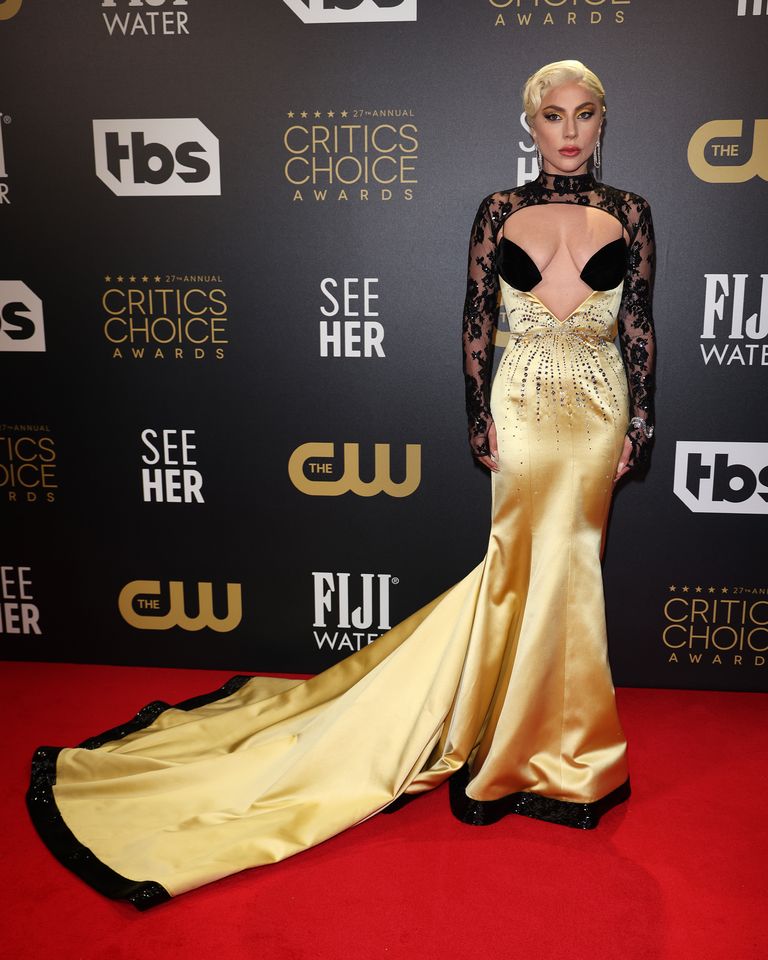 The same day Lady Gaga stepped out at the BAFTA Awards in London, the House of Gucci actress did a second red carpet in the English city for the Critics Choice Awards.
Gaga leaned into a bombshell aesthetic, wearing a yellow and black Gucci dress with sheer lace sleeves and a bodice cutout. While the Critics Choice Awards took place in Los Angeles, Gaga attended the ceremony's London event. She was nominated for Best Actress at the ceremony. 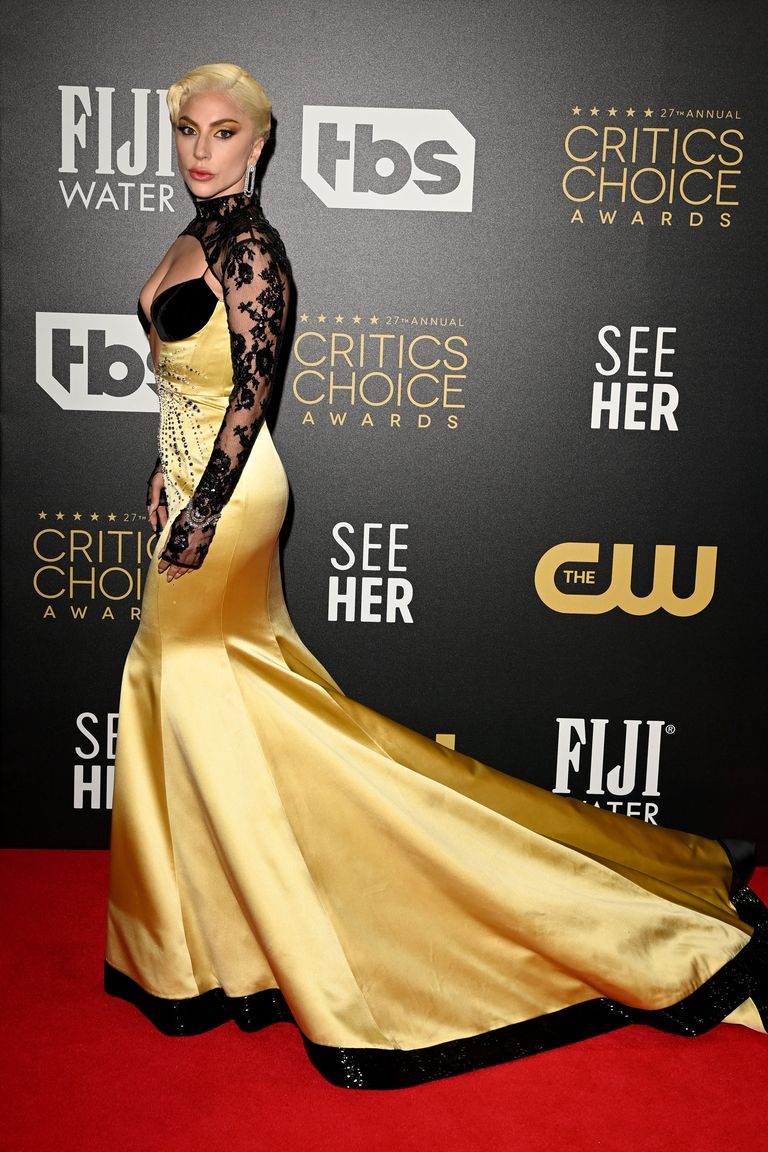 Gaga spoke to CinemaBlend in December about how her past film roles, Aly from A Star Is Born and Patrizia Reggiani in House of Gucci, have stayed with her. The outlet asked if she still thinks about the characters now that both projects have wrapped and been released.
“I do still think about Aly, and Aly will always be with me in a way, and I think Patrizia will always be with me in a way,” Gaga said. “And I try to keep the parts that are good and do away with the parts that will not serve me. But there was this strength that she [Patrizia] had as a woman, and she had an ability to survive in a man's world. And I don't believe her entire life was something that was wrong. I believe that she did make a huge mistake that's reprehensible. And I believe that she deeply regrets it.”
Gaga added that on the set of House of Gucci, she never broke character. Ridley Scott, the film's director, “was so interested to talk to me every day,” she said. “And I always was in my accent, but he would say, ‘Are you in character?’ And I would say, ‘Of course, I'm in character. I'm always in character, Rid.’ So, you know, we just had a great relationship.”
Next Post Previous Post
Celebrities Gossip