When “Titanic” was released back in 1997, it quickly became one of the highest-grossing films of all time. The movie starred Leonardo DiCaprio and Kate Winslet, both of whom are still best known for their roles as Jack and Rose.

Though DiCaprio and his co-stars had plenty of chemistry on-screen, the long days contributed to DiCaprio copping a bad attitude while filming.

It took more than five months to shoot ‘Titanic’

Some movies take longer than others. “Titanic” was no easy feat to film — according to Business Insider, the original production schedule was slated to take 138 days. However, the movie ended up taking 22 days longer than planned, which pushed it beyond the five-month mark.

The film’s director, James Cameron, might have added to the cause with his extensive thoroughness. Actor Billy Zane, who played Cal, once told The Daily Beast that Cameron would even give backstories to the extras to make sure they were acting to the best of their abilities. “[Cameron] goes up to an extra, who’s this old lady, and says, ‘You’re not just running. You need to go down to the sea deck because your daughter told you she forgot something … You gave her five minutes, and she’s taken 10, and you regret making that choice,’” Zane recalled of Cameron’s attention to detail. 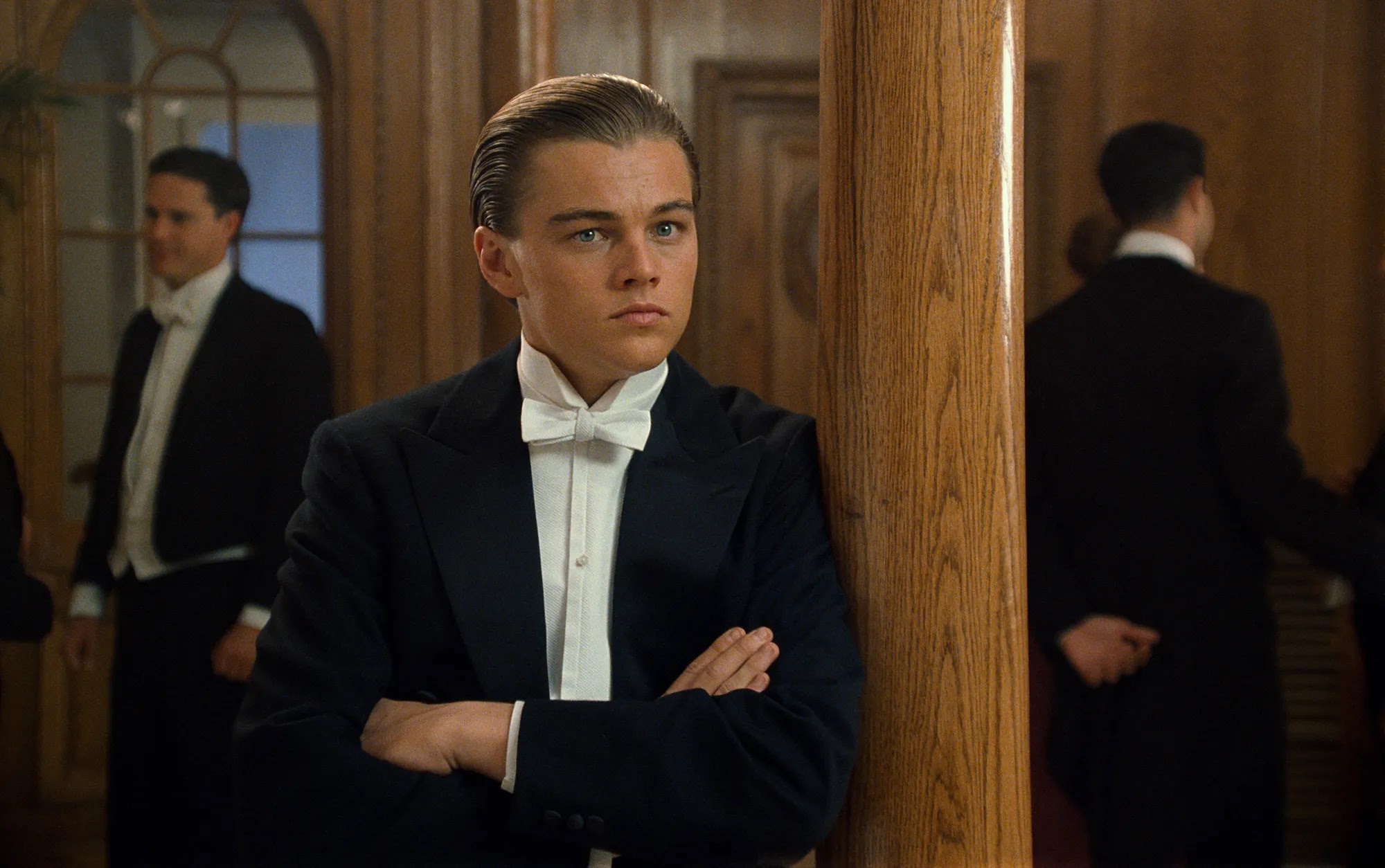 DiCaprio developed a poor attitude after long days on set

Filming “Titanic” was hard on everyone, not only due to its long production time but also because of the day-to-day filming. Lead actors Leonardo DiCaprio and Kate Winslet were filming for up to 14 hours each day, and after a while, it started to weigh on DiCaprio.

DiCaprio reportedly developed a bad attitude while filming because of the grueling hours. PopSugar reported that DiCaprio once asked Kathy Bates which knife he should use to “lobotomize himself” while in the middle of filming the boat’s dining scene.

“[DiCaprio] was sick of the brown land, the mariachi merriment, and Cameron’s big tub,” Vanity Fair reported in 1998. “He … Took a good look at the four soundstages, the 17-million-gallon water tank, the smokestacks rising majestically against the sky, the hordes of extras running around in period clothes — and thought, ‘This is bullshit.’”

Despite his mood, DiCaprio did have a good relationship with everyone on set. And he and co-star Kate Winslet developed a connection that hasn’t faltered in the 23 years since filming ended.

DiCaprio and Winslet still recite ‘Titanic’ lines to each other

Nearly two dozen years later, DiCaprio and Winslet still remain friends — and they haven’t forgotten the movie that brought them together. “Sometimes we do quote the odd Titanic line back and forth to each other because only we can, and we find it really funny,” Winslet told Glamour back in 2017.

Winslet also said the two talk frequently about “stupid” things, and she wouldn’t even specify what exactly those topics were. Despite that Jack and Rose didn’t get their happily ever after, it’s good to know DiCaprio and Winslet have continued that close connection through the years.