If there is one thing about Margot Robbie we can all agree on, it's that she's simply too good at too many things. She's breathtakingly beautiful, surprisingly approachable, consistently best dressed, nominated this year for Best Actress in a Leading Role for a film she co-produced, I, Tonya, and now, we've learned she's also a top-notch problem solver and a seamstress to the stars. And by stars, we mean herself.

Robbie stunned on the red carpet earlier this evening when she arrived on the red carpet in an ivory Chanel Haute Couture gown with beaded, draped off-shoulder straps. The straps stayed artfully draped while Robbie walked the carpet for interviews and photos, but once she entered the Dolby Theater, the actress reportedly had a wardrobe malfunction when one of her straps snapped loose.

Rather than wait for a stylist to arrive or a seamstress to emerge and save the day, Margot simply requested a sewing kit and mended the gown herself, reports People, to whom she rightfully remarked, “Oh, ain’t got time for that!” once she successfully sewed her strap back into place. Yes, Margot. Ain't nobody got time for that. You're nominated for an Academy Award for a film you produced and starred in–ergo, you can do it all. 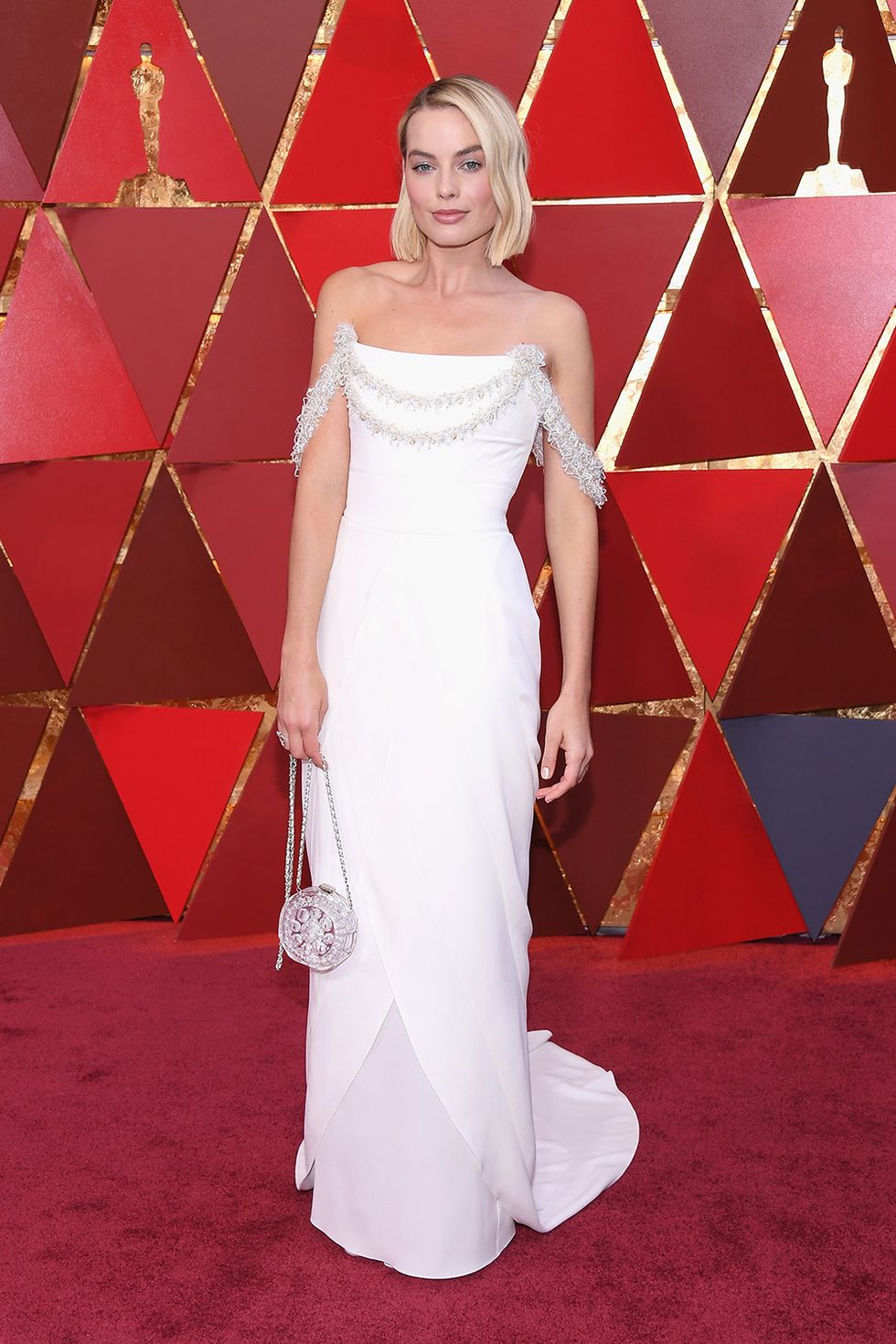 So, the next time you find yourself at a party using club soda to clean a stain on your dress, or at a wedding using the sewing kit from the amenity basket in the ladies' room to sew up a ripped hem, remember that Margot Robbie and Sally Hawkins get you. Stars–they're just like us!