Having relocated to France, singer Rebecca Ferguson admits she is now a fan of the local cuisine. "I'm not going to lie, there's normally a baguette in one hand, and brie in the other," says the former X Factor star, who moved to Paris earlier this year. 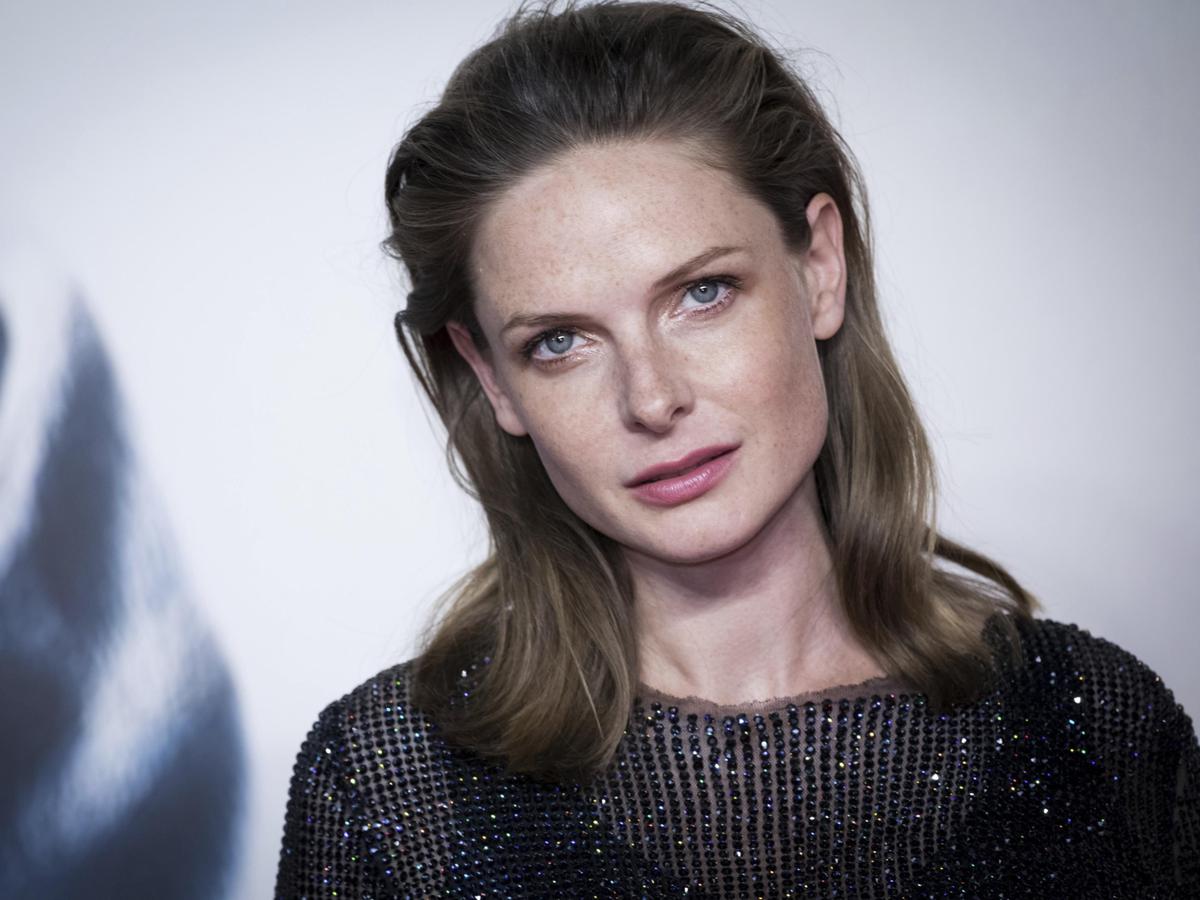 She fell in love with the city after several visits over the years, and it sounds as if she's settling in a treat - although she's not so sure about the locals' way of nursing a glass of red wine for hours on end.

"I need to change my way of thinking," she says, laughing.

"I've got all artistic since I moved here, galleries and all that," the 30-year-old singer adds.

"I came over with my mate and felt really happy. I've never felt like that about anywhere else, so I knew it was the right thing to do."

After what she's been through over the past few years, no one could begrudge Ferguson a bit of happiness.

"I was pregnant with my daughter, and I was rejected. He said he didn't want me or the baby," she says, recalling the catalyst to a challenging period in her life.

Ferguson - who already had two children, Lillie May and Karl, from a previous relationship - has never named the father of her daughter, Arabella, now almost two, who also broke the news that he had another girlfriend at the same time as abandoning her.

While she's matter-of-fact talking about it today, she's not afraid to admit it was very hard at the time.

"I'd never been through anything like that in my life before," she says.

"My hormones were all over the place. I was a mess and I did have a nervous breakdown."

While this was happening, Ferguson was in the middle of recording, and later promoting, her album of Billie Holiday covers, Lady Sings The Blues.

Quite how she managed it is another thing, but she was struggling, and that hectic schedule was also taking its toll.

"No one knew what I was going through, and I was dragging myself to work every day. It was a proper chore," she says.

After the covers album, Ferguson says she was itching to write some songs of her own, and doing so also proved hugely cathartic; she thinks getting her thoughts down in lyrics helped set her on her road to recovery.

"Just being honest and getting those feelings down was important," she says. "It felt very empowering to talk about it and to carry on talking about it.

"I think it can give people hope too if they're going through similar, and I like the thought of that.

"There are so many children born and rejected, and no one talks about it.

"It's brushed under the carpet so often, but I don't think that issue should be forgotten - no matter how a child has come into the world, they should be celebrated," she says.

"It can be uncomfortable, admitting that someone has been abandoned, or someone has left, but honesty is always the best way."

And there was no way she was going to cover things up and sugar-coat what was happening in her personal life, by saying the album was merely about female empowerment.

"It's not pretty," she says, "but I'm here to tell people that you will get through it if it happens to you." Superwoman, the album's title track, sums up how Ferguson feels, and how proud she is that she managed to get through it all and turn the experience into a positive one.

Another track, Don't Want You Back, is a defiant jibe at the nameless abandoner - although it could have turned out very differently.

Originally penned by another songwriter, the song was initially called I Want You Back.

After examining the lyrics, Ferguson was immediately on the phone to the people at her label, saying she'd have to rewrite it.

"There was no way I was singing that," she spits.

"I'm not going through all that so then I can sing about how much I want a man back. I rewrote it to be a sort of, 'No, don't say you're sorry, I don't care, sort of song. A lot more bitter than the original, but true... It was the right thing to do."

This isn't the first time Ferguson has had to fight to stand on her own two feet. She reached an out-of-court settlement with Modest Management in 2013 after they sued her for breach of contract.

Her argument was that the company didn't care for her well-being, and forced her to continue with interviews even after she'd collapsed from exhaustion.

After that, she was in court to face a former friend who conned her out of almost £50,000 by pretending to be an accountant. Rebecca Taylor was jailed for 16 months for her part in the scam.

But don't think of Ferguson as a victim. She's strong and has her family around her.

Even in Paris, she says she has friends and family visiting every week, especially since flights from her native Liverpool can be cheap.

"There was so much I didn't understand about the business when I came into it," she says, referring to coming second on the 2010 series of The X Factor.

"I was a sweet girl who thought everyone was nice and out to help her.

"I didn't think people viewed me as a business, but once I got onto that, I took control of it and now I understand it all, and more than anything I want to maintain my dignity."

As for her kids, they definitely keep her feet on the ground.

"They'll tell me if they don't like something," Ferguson says, happily.

"And it doesn't matter what I'm singing or how well I'm doing, if they want their tea, then I'm not a singer - I'm just their mum."