On Wednesday, November 27, as most Americans prepared to celebrate Thanksgiving, a time when we are supposed to reflect on the blessings in our lives, actress Dakota Johnson was waging a thrilling and terrifying war on the battlefield known as the Ellen show. 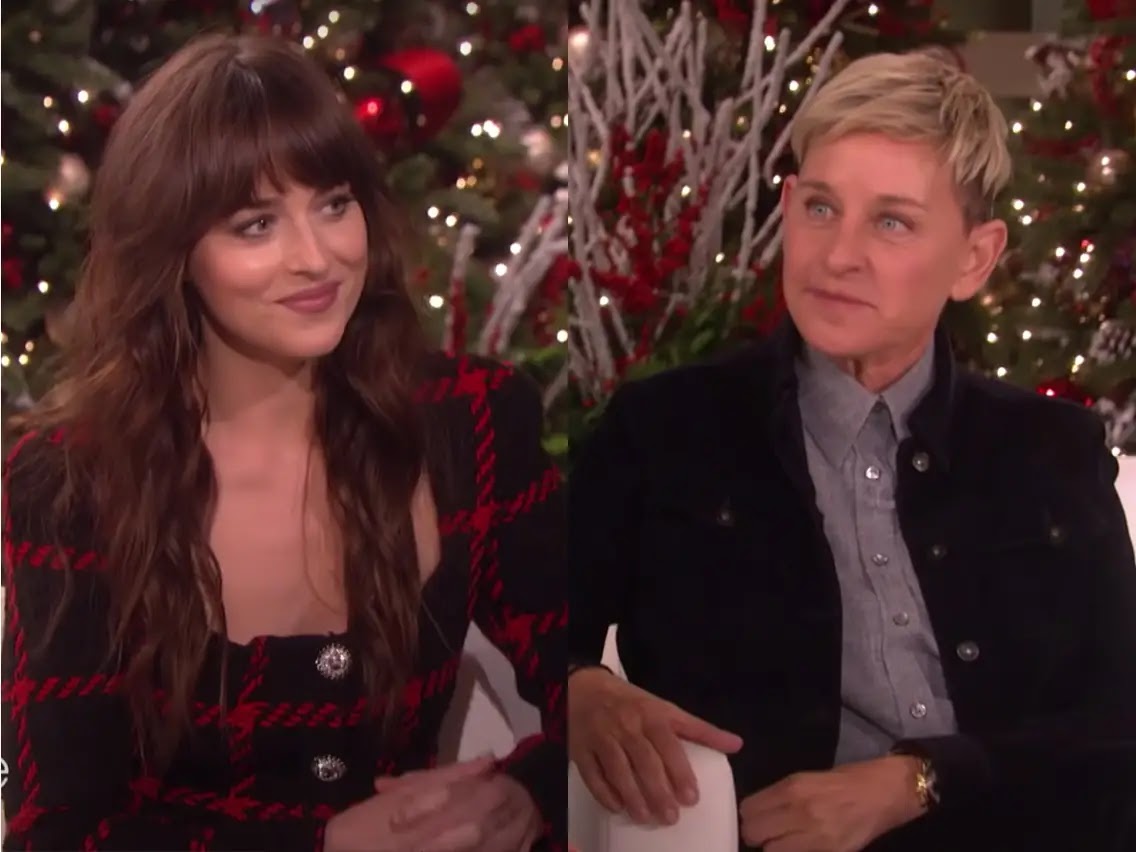 “Actually, no, that’s not the truth, Ellen,” said the star known for anchoring the 50 Shades of Grey movie franchise and for being the daughter of Melanie Griffith and Don Johnson. “Ask everybody. Ask Jonathan, your producer.”

The truth in question was whether Johnson — who also played a witch who tears apart evil women, muscle from bone, in 2018’s Suspiria remake — had invited DeGeneres to her 30th birthday party in October. DeGeneres had opened her interview with Johnson by wishing Johnson a happy belated birthday and asserting that Johnson had not invited her.

Johnson insisted that she had, and called for witnesses, while DeGeneres denied the accusation.

“Why didn’t I go?” DeGeneres asked out loud, admitting defeat and joking. “Oh yeah, I had that thing. [The party] was probably in Malibu, that’s too far for me to go to.”

The party, according to E Online, was indeed in Malibu, on October 5 (Johnson’s birthday is October 4). It was attended by a celebrity flock that included the likes of Miley Cyrus, Coldplay frontman (and Johnson’s boyfriend) Chris Martin, Goop empress Gwyneth Paltrow, and comedian Tig Notaro. 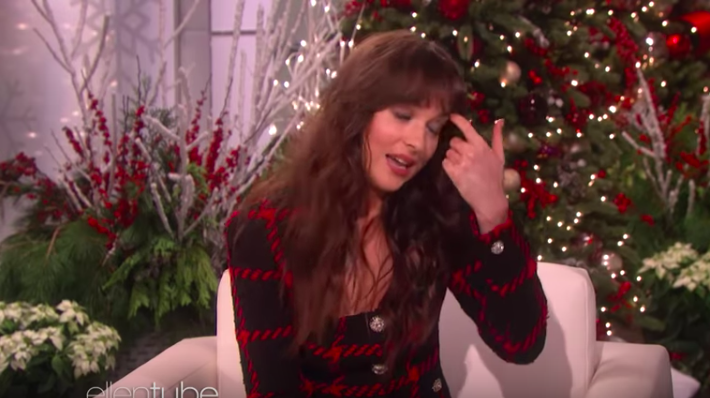 DeGeneres’s whereabouts on October 5 are not publicly known, but she was spotted in Texas the next day, sitting beside George W. Bush at a Dallas Cowboys game. The October 6 appearance caused an online backlash because of DeGeneres’s apparent willingness to be friendly with a former president whose administration supported anti-LGBTQ policies (DeGeneres is gay) and failed to act in the face of Hurricane Katrina (DeGeneres was born in Louisiana).

To be clear, Johnson didn’t bring up DeGeneres’s “thing” in Texas. She simply stated that DeGeneres wasn’t telling the truth about not being invited, and was bolstered by someone who works on the Ellen show. She clearly caught DeGeneres in a lie, and for many, the resulting awkwardness was darkly satisfying to watch.

But Johnson’s call-out cuts deeper in the context of DeGeneres’s recent struggles to maintain her image of being one of the nicest people in Hollywood. DeGeneres built her entire brand of comedy around being a beacon of wholesomeness and niceness in an industry often roiled by gossip and tabloids. And she did so while being an LGBTQ pioneer at a time when it was rare for LGBTQ celebrities to be publicly out.

Today, millions of people tune in for each episode of her wholesome daytime talk show. But as 2019 has worn on, many people have started to doubt DeGeneres’s nice, wholesome image, and some have suggested she’s not as good or as nice as we’ve been led to believe. In that context, a fight about a birthday invite isn’t about a birthday invite at all but about the power of celebrity image and what happens when that image becomes tainted.