Saoirse Ronan is only twenty-five years old and she has a career most can only dream of. Some notable films she's appeared in are Atonement, The Lovely Bones, Brooklyn, The Host, and Mary Queen of Scots. She has several Oscar nominations. Yes, several...before she’s even turned thirty! 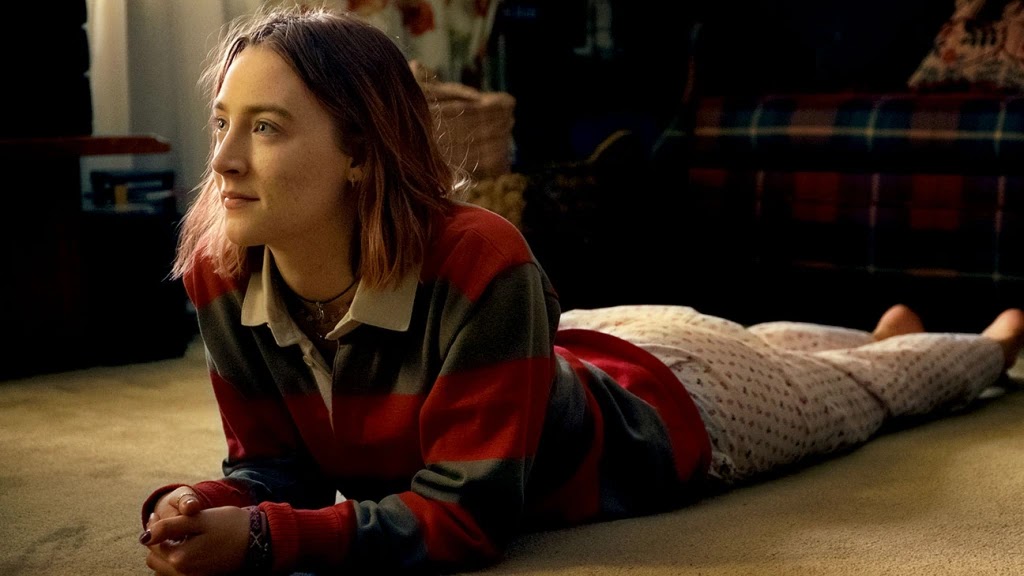 She recently starred as Jo in the remake of Little Women by Greta Gerwig, which we are obsessed with. Saoirse Ronan, Timothée Chalamet, Meryl Streep...and directed by Greta Gerwig...come on! The movie was a recipe for success.

Sadly, Greta Gerwig was robbed of a nomination for “Outstanding Directorial Achievement in Theatrical Feature Film Award” at the 2020 Director’s Guild Awards. We’ll get over this snub someday. At least Saoirse has been getting nominations for her performance in the film.

While we feel like we know her from seeing her onscreen so frequently, most of us don't know how to pronounce her first name. Don’t worry, we’ll address the proper way to say Saoirse early on.

She Was Almost Luna Lovegood

While we are happy that Evanna Lynch played Luna Lovegood in the Harry Potter series, we can’t deny Saoirse would have been amazing in the role. We want to see Saoirse's audition tape.

If Saoirse played Luna, it might have changed our minds about the character; instead of annoying, Luna might have been charmingly odd.

At the time, Saoirse was in Ireland and sent in her audition tape. Peter was so impressed he gave her the lead role without meeting her. He wanted an unknown for the role of Susie Salmon. However, halfway through filming, Saoirse was nominated for an Oscar, a Golden Globe, and a BAFTA, for her role in Atonement.

She Was Born in NY and Raised in Ireland

Saoirse Ronan was born in The Bronx, New York. When she was three years old, her family moved back to Dublin, Ireland. Saoirse has dual citizenship for the United States and Ireland. While the actress still lives in Ireland, she often stays in the United States for months, to work.

She Had a Border Collie Named Sassy

When she was growing up, Saoirse used to have a Border Collie named Sassy. Now, her family owns a terrier named Fran. Saoirse likes to joke around by saying that her mom treats the dog like it’s her favorite child. Fran is the little sister she’s always wanted. Saoirse loves Fran. She was on the Ellen show, talking about how smart the dog is.

Her Father is an Actor

Acting runs in the family. Saoirse’s dad is Paul Ronan. He is known for his roles in The Devil’s Own and Veronica Guerin. He even starred in How I Live Now with his daughter. He played a minor role as 'Chasing Man 2'. Clearly, it wasn’t planned for him to be in the film. The father and daughter duo are probably hoping to work together in the future.

Her Name Has A Special Meaning

She Turned Down the Role of Kitty in Anna Karenina

Saoirse turned down the part of Kitty, due to the long production schedule, and because it was a supporting role. Saoirse has stated in interviews that she has no interest in playing supporting characters. She wants to play roles that are fully fleshed out. Instead of playing Kitty, she starred in Byzantium and The Host.

One of her Favorite Shows is Breaking Bad

Who isn’t obsessed with Breaking Bad? Everyone, once they are done reading this article, should binge-watch Breaking Bad again. We certainly will be!

Remember when freaking Rihanna chased Aaron Paul down in a parking lot to tell him how great he was as Jesse Pinkman? If Rihanna is willing to go to these lengths, then the show is clearly amazing.

The Little Women actress is skilled in martial arts. She tries to use her training as often as possible in action scenes. We can see why she’s auditioned for several superhero movies. She’s probably hoping to bring her love of acting and martial arts together. Maybe Saoirse will be a part of Marvel phase 10.

She was almost the Scarlet Witch

She was considered for the role that ultimately went to Elizabeth Olsen. Even if Saoirse was offered the role, it is doubtful she would have taken it. Being in the Marvel Universe takes up a large amount of time, for not that much screen time. Saoirse is really picky about the roles she takes and how she spends her time.

She is Good Friends with Aly & AJ and Margot Robbie

We have no idea how she met the former Disney Channel stars, but we are invested in this friendship. Who wouldn’t want to be friends with the iconic duo behind “Potential Breakup Song?” It makes sense for Saoirse and Margot Robbie to be friends. The two actresses worked together while filming and promoting Mary Queen of Scots.

She learned French for her role as Mary Stuart in Mary Queen of Scots. Saoirse is clearly dedicated to throwing herself into roles. She wants to give the best performance possible and it shows with her three Oscar nominations. Whether it comes to learning an accent or a foreign language, Saoirse is clearly willing to go the distance.

She Auditioned for Sue Storm

She auditioned for the remake of the Fantastic Four. It’s a good thing she didn’t get the role. She really dodged a bullet there. If she had received the role, Kate Mara wouldn’t have met her husband, Jamie Bell. The only silver lining in starring in a bad movie is dating and marrying a costar - just look at Blake Lively and Ryan Reynolds in Green Lantern.

When it became clear that Saoirse’s career was taking off, going to school was no longer an option. Most of the roles she received did not shoot in Ireland. It would be impossible to go back and forth while keeping up with schoolwork. It was easier to have a tutor on set.

She was Cast in Robin Hood

Saoirse was originally cast in Ridley Scott’s version of Robin Hood. She backed out of the film to be in Peter Weir’s film, The Way Back. We are guessing she took the role of Irena in The Way Back over Robin Hood because she’d have a bigger part. We all know Robin Hood doesn’t exactly have the best parts for women.