Two things are always guaranteed to happen during every awards show: someone will ~mysteriously~ walk the red carpet without their S.O. and another person will be caught on camera doing something super cringy and awkward. Honestly, it never fails.

And the People's Choice Awards is no exception. Sure, it's fun to get to vote on who wins, unlike the Oscars or Emmys, but it's even more fun to watch our faves inadvertently make fools of themselves onstage. (Don't lie; you know it's what gets you through the 2-hour show.)

So, before you start trying to go all Charlie Day It's Always Sunny conspiracy theory meme, you notice your fave isn't posing with their bae on the red carpet or gushing over how cute the Riverdale stars are, check out these hilariously awkward moments from past PCAs. It's a whole lot of YIKES.

When Queen Latifah fangirled over Twilight 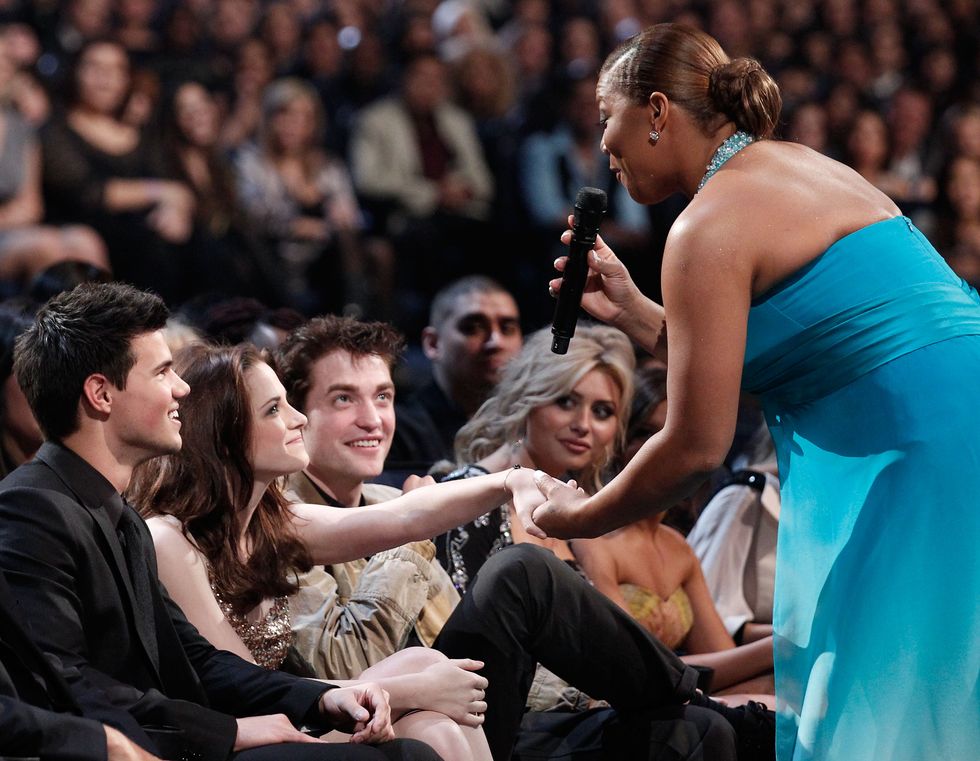 What happened: Host Queen Latifah geeked out over seeing Twilight stars Taylor Lautner, Kristen Stewart, and Robert Pattinson. It was a painfully scripted moment and you could see the uneasiness on the actors' faces. She kept calling them by their characters' names, not their actual names. 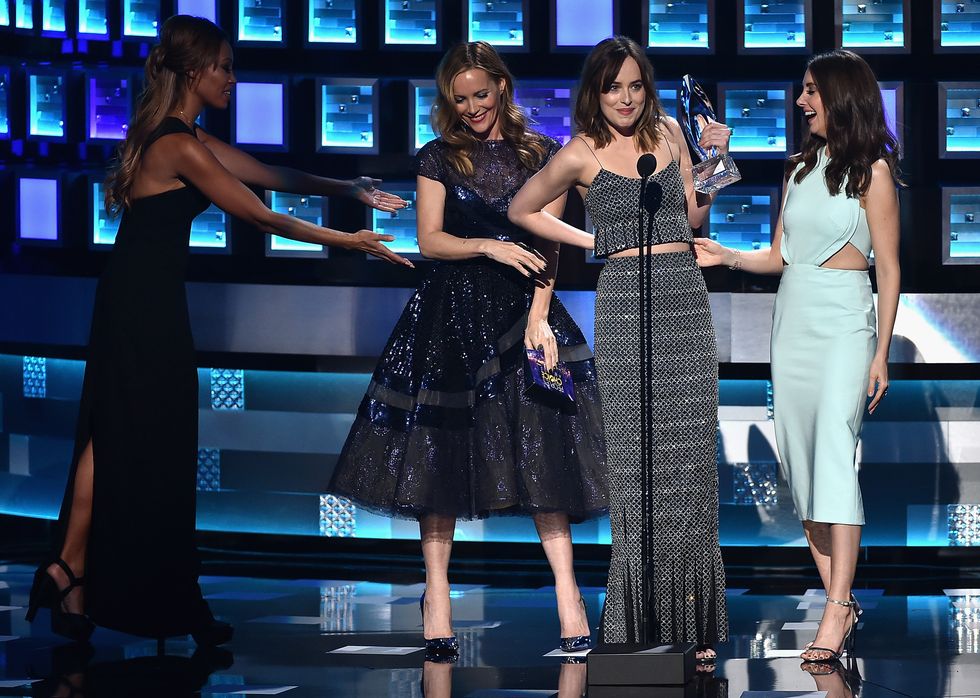 When the Fifty Shades of Grey star went to accept the award for Favorite Dramatic Movie Actress, her dress accidentally broke after hugging Leslie Mann. She played off the moment by saying, "Well, it's not like nobody here hasn't already seen my boobs."

When Olivia Munn snatched the award from Taylor Swift 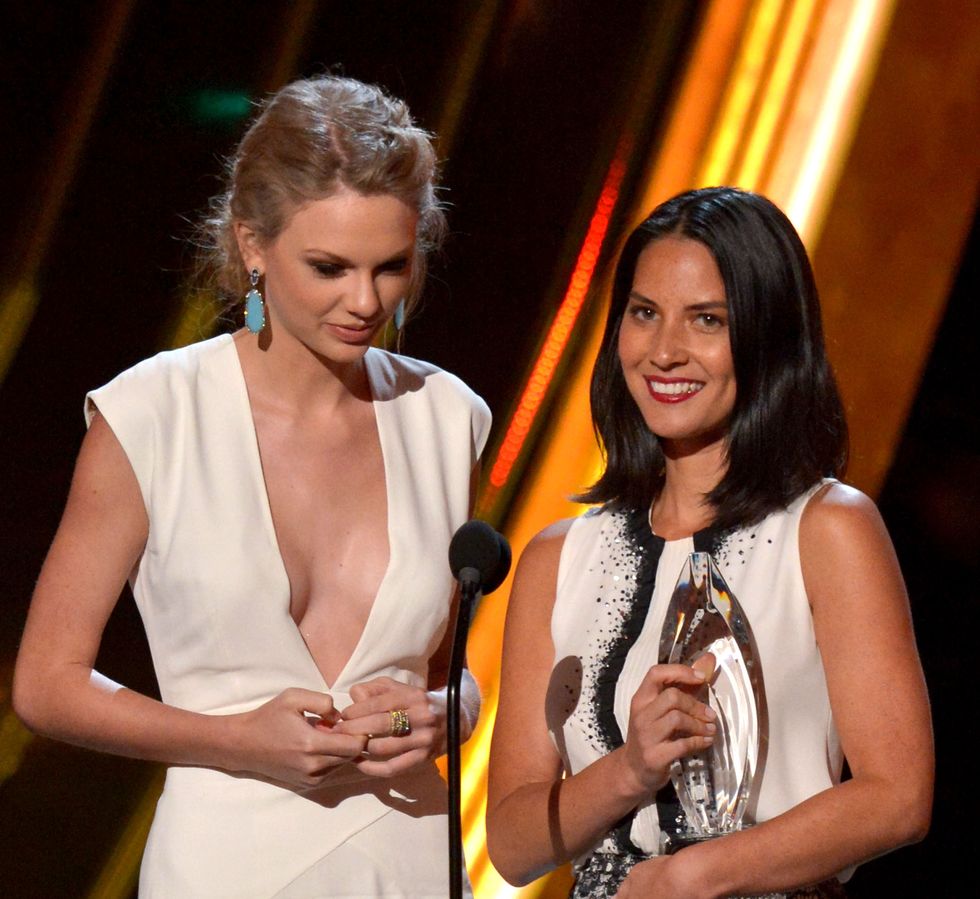 After Taylor won for Favorite Country Singer, she was handed her award, only to quickly have it taken out of her hands by presenter Olivia.

"This always happens," Taylor said, of getting her award taken away. To which Olivia replied, "And it will always happen, Taylor. This is your lot in life."