From its initial creation until today, we've certainly seen some new takes on the classic two-piece.

With summer upon us, you might have already found the perfect swimming costume to wear to the beach, but if you're still on the hunt for something, you might want to look to the stars for some inspiration.

No, I'm not talking about space, but instead, the glamorous celebrities who have taken over our Instagram feed, posting one sexy swimsuit selfie after another.

Though, if you're planning on copying the styles of the rich and famous you might want to psych yourself up a little first, as their choices are rather daring.

Here's a look at some of the weird and wonderful bikinis that have surfaced over the last few months - may they help you make your own smart decisions when swimsuit shopping. 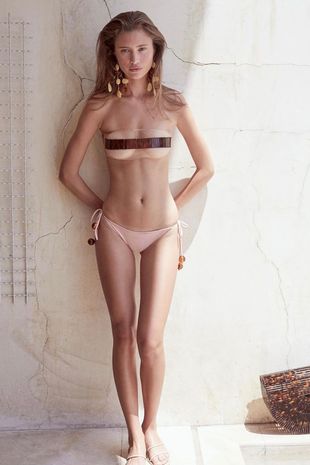 The daring piece of swimwear turns traditional bikinis upside down, by exposing cleavage under the top, as opposed to above.

Online fashion retailer Oh Polly are selling their take on the look and it features a cropped t-shirt bikini top with a cut-out underbust detail.

To go with this, are a matching pair of high waited thong bottoms, which also feature cut out sections and tie around the waist.

The look certainly isn't for the faint-hearted as it leaves very little to the imagination.

Oh Polly call their item the 'Spill the tea underbust t-shirt bikini' and the product description reads: "Wanna cover up, but don't really wanna cover up?

"Our cropped t-shirt bikini is gonna give major swim envy at any pool party."

A number of people have been snapped sporting the trend, including influencer Sarah Ashcroft, who wore the Oh Polly look during a trip to Koh Samui in Thailand.

Samantha Rayner, who has over 460,000 followers is a fan of the bikini too, posing in several different variations of the style on her social media.

Geordie Shore star Charlotte Crosby has also jumped on the trend and has been photographed wearing something similar. 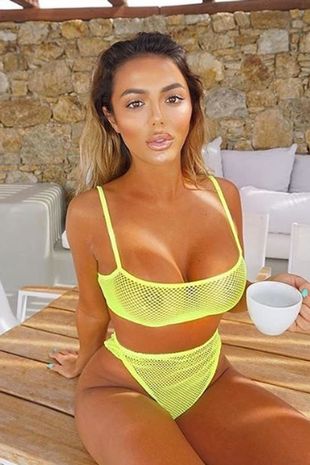 Online fashion retailer Cult Gaia and designer Adriana Degreas have teamed up to create a rather unusual item of swimwear.

Together they've produced The Sinhalese bikini, which features a very cheeky top that leaves little to the imagination.

The garment is made from tulle and acrylic so is mostly see-through, but does have a bar across the middle to cover up the nipples and stop women from showing it all.

A number of Instagram users have been snapped wearing the racy swimming costume, but it's certainly not for the meek and mild as it's bound to turn heads by the pool or at the beach.

This isn't the first cheeky bikini Degreas has made, with her other designs known to feature giant lips on the bikini bottoms and hand prints on the tops.

Fans of this particular swimsuit will have to save up a pretty penny if they want to buy it as it doesn't come cheap, with the set costing $590 (about £467).

"Our first Swim Collaboration with Brazilian designer Adriana Degreas. This collaboration is a mix of both brands, West Coast Lifestyle and chic Brazilian flair. An ode to tropical surrealism."

Fitness blogger Camila Super was recently pictured wearing The Sinhalese on Instagram while on holiday in Mykonos. 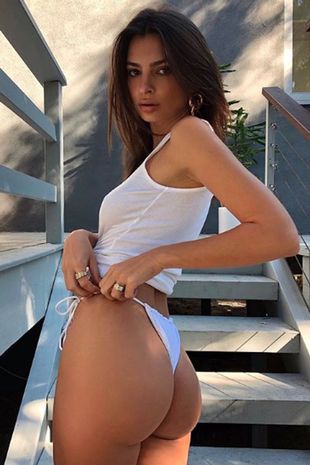 Just when we thought we'd seen it all, another wonderfully weird swimming costume comes out of the wood work and takes us by surprise.

And by that we of course mean there's a new beach must-have doing the rounds on Twitter and Instagram .

People can't stop talking about something called a Towelkini, which yes, is just as bizarre as it sounds.

The rather unusual garment combines a towel with a bikini (kind of) and will set you back a whopping £150 if you choose to buy one.

Designed by New York artist, Aria McManus back in 2014, the Towelkini went on sale at Special Special  in 2018, but it's only just been discovered here in the UK.

It hit the headlines this week following an appearance on Loose Women.

The ladies of the TV panel couldn't stop giggling over their own version of bizarre garment on Tuesday morning, when Coleen Nolan modelled it for all to see.

It's currently available to buy online in two colours - orange and white, or pink and white.