A Bond girl has joined the growing list of actresses accusing Harvey Weinstein of sexual assault.

On Wednesday, French actress Léa Seydoux described to The Guardian how the movie producer invited her up to his Paris hotel room for a conversation about her career, and then forced himself on her. 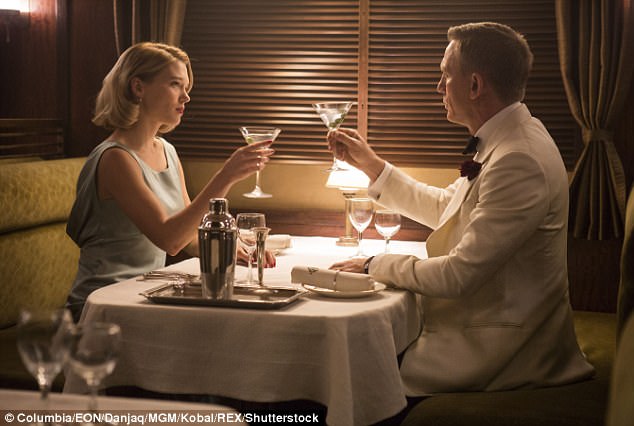 Seydoux is perhaps most famous for her role in the most recent Bond film, Spectre. But she's a darling of Weinstein's indie film world, thanks to her role in the 2013 film Blue is the Warmest Color.

It was about a year before that film came out that Seydoux says she met Weinstein at a fashion show in Paris. The Guardian points out that Weinstein was pictured in photos from the show Seydoux mentioned.

Seydoux says he invited her to his suite at the Hôtel Plaza Athénée after the show to talk about her career and made it sound like he was considering her for a role.

But she knew right off the bat that he was interested in more than just networking.

'This was never going to be about work. He had other intentions – I could see that very clearly. All throughout the evening, he flirted and stared at me as if I was a piece of meat,' she said.

However, she said it was hard to turn him down 'because he's so powerful.

Seydoux says she was greeted at the hotel by Weinstein and his young female assistant, and she was ushered upstairs for drinks in his suite.

We were talking on the sofa when he suddenly jumped on me and tried to kiss me. I had to defend myself. He's big and fat, so I had to be forceful to resist him.

The assistant left them alone in the room and that's when Weinstein lunged at her and tried to kiss her on the lips. 'We were talking on the sofa when he suddenly jumped on me and tried to kiss me,' she said. 'I had to defend myself. He's big and fat, so I had to be forceful to resist him.'

'He tried more than once,' she added. 'I pushed him physically. I think he respected me because I resisted him.'

Seydoux says she can't remember if Weinstein succeeded in kissing her, or how exactly he reacted when she pushed him away.

After the incident, she says she told several friends and her agent.

'Since that night in his hotel room, I've seen him on many other occasions,' Seydoux said. 'We are in the same industry, so it's impossible to avoid him. I've seen how he operates: the way he looks for an opening. The way he tests women is to see what he can get away with.

'That's the most disgusting thing. Everyone knew what Harvey was up to and no one did anything. It's unbelievable that he's been able to act like this for decades and still keep his career.'

More than a dozen women have now spoken out to accuse Weinstein of sexual misconduct, including such big names as Angelina Jolie, Gwyneth Paltrow, and Cara Delevigne.

The actresses who have told their stories have strikingly similar accounts of their run-ins with Weinstein. Many were on the cusp of break-out roles when Weinstein invited them to a hotel room and tried to lure them into sex.

She was able to escape the situation, but not before Weinstein tried to kiss her on the lips.

'I stopped him and managed to get out of the room,' she wrote in an Instagram post.