Model and actress Cara Delevingne have shared why she was so reluctant to report sexual abuse.

"I felt ashamed of what happened and didn't want to publicly ruin someone's life," says Cara.

Thousands of women have been sharing their stories under the hashtag WhyIDidntReport. 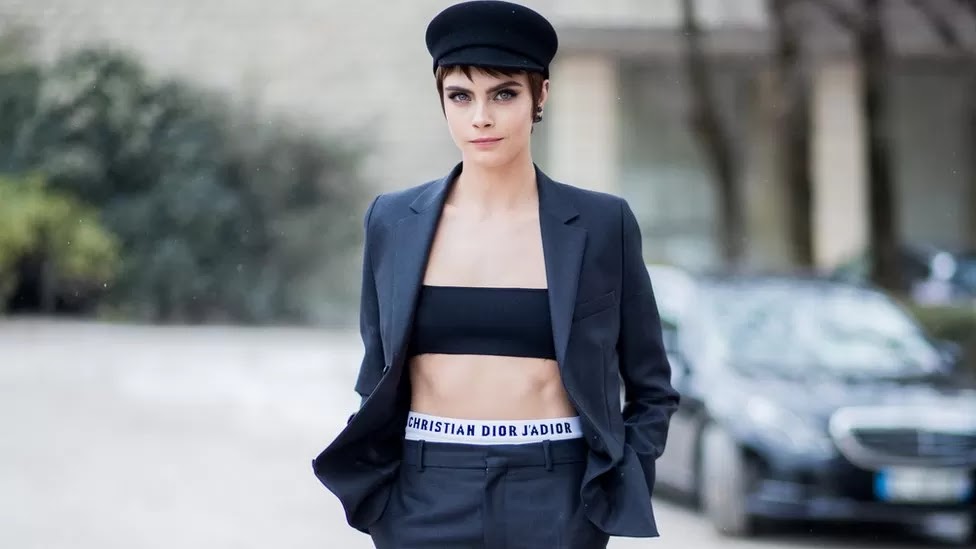 It's gained popularity after Donald Trump suggested people who'd been abused in the past should've gone to the authorities sooner.

This is all about Brett Kavanaugh, who the president nominated for a place on the US Supreme Court - the highest court in America.

But since then, Mr. Kavanuagh's been accused of inappropriate behavior by a number of women. Some of the offenses are said to have happened when he was still a teenager.

After Donald Trump questioned why it wasn't reported at the time, women have been explaining why they didn't speak up about their own experiences.

Cara, who's modeled for Burberry, Chanel, and Mulberry, has also joined them.

Writing on Twitter she said: "Because I felt ashamed of what happened and didn't want to publicly ruin someone's life."

When Cara first shared what happened to her, she didn't name her alleged attacker.

But in October 2017, she said the allegations were against the Hollywood producer, Harvey Weinstein.

Harvey Weinstein is facing rape charges in New York and has always denied having non-consensual sex.

In an Instagram post, Cara claims he made advances toward her in a hotel room after asking her to kiss another woman.

She added: "I was so hesitant about speaking out. I didn't want to hurt his family. I felt guilty as if I did something wrong.

"I was also terrified that this sort of thing had happened to so many women I know but no one had said anything because of fear."

Actress Alyssa Milano who has been in Charmed, Mistresses, and the Netflix series Wet Hot American Summer: 10 Years Later - shared her story.

"It took me years after my assault to voice the experience to my closest friends.

"It took me three decades to tell my parents that the assault had even happened. I never filed a police report. I never told officials. I never tried to find justice for my pain because justice was never an option."