Her image was built to withstand scandals like this

“I had very limited options,” the rapper says of her past.

A recently surfaced Instagram video shows Cardi B saying that she used to do drugs and rob men. Now the internet is divided over whether or not to cancel her. 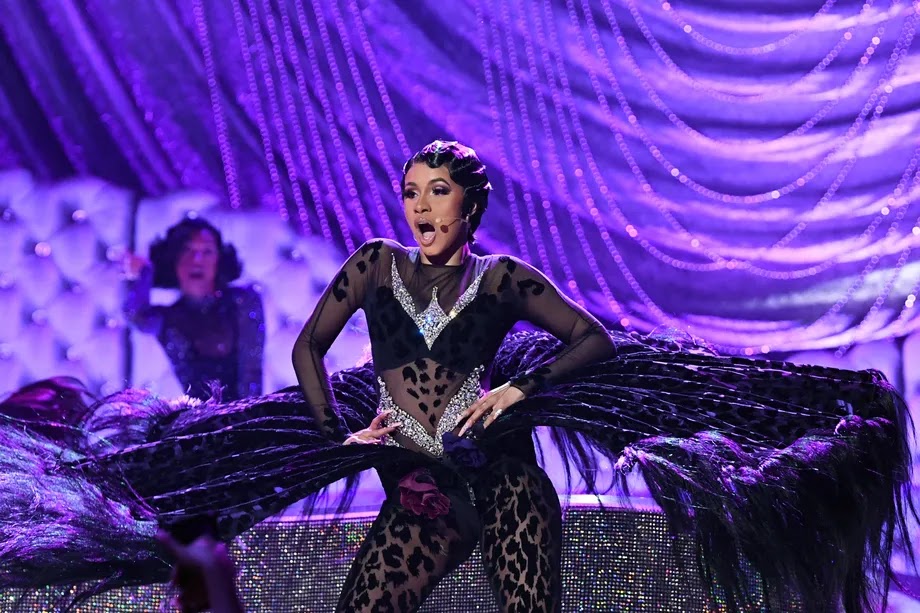 The video, which Cardi says was made three years ago, made its way onto Twitter last weekend and features Cardi reminiscing about the time when she worked as a stripper — a time when, she said, “I’d drug ni**as up and I’d rob them.”

Cardi has since confirmed the video is real and apologized for it after it caused an uproar on social media. “I made the choices I did at the time because I had very limited options,” she wrote in an Instagram post on Tuesday, adding, “I have a past that I can’t change we all do.”

For some fans, though, Cardi’s past is beyond the pale. Tweeting under the hashtag #SurvivingCardiB — a reference to the Lifetime docuseries about R. Kelly’s alleged sexual abuse — many have compared Cardi’s actions to those of both Kelly and the similarly disgraced Bill Cosby

“you bragged about the same wrongdoings that got one of my Idol Legacy ruined!!” wrote one Bill Cosby fan, who, in a bit of selective fury, was apparently outraged not just because Cardi says she robbed men, but also because she used to be a stripper. “And you think we gonna let this fly? You next!!”

While the controversy is simmering on, it seems unlikely to put a major dent in Cardi’s career in the same way that Surviving R. Kelly seems to have dampened Kelly’s. But it is raising major questions about our current era of celebrity cancel culture: Who do we forgive, for what, and why? And are we going to forgive Cardi B?

The video in question seems to have first hit the public spotlight on Sunday when it was tweeted by the account @HipHopRatchet with the caption, “Cardi says she used to what?” It features an emotional Cardi apparently responding to the idea that she doesn’t deserve her success because she didn’t “work for it.”

“Ni**as must have forgotten the shit that I did to motherfucking survive,” she says in the video. “Like, I had to go strip. I had to go, ‘Oh yeah, you want to fuck me? Oh, yeah, yeah, yeah, let’s go to this hotel,’ and I’d drug ni**as up, and I’d rob them. That’s what I used to do! Nothing was motherfucking handed to me, my ni**a. Nothing.”

In her Instagram post, Cardi seems to acknowledge that the stories she talked about in the old video were true — although she also adds that the men in question “were men that I dated that I was involved with men that were conscious willing and aware.” It’s not entirely clear whether or not Cardi means to say that she did not actually drug anyone, or whether she’s saying that she did drug people — but only men she was romantically involved with.

Either way, Cardi maintains that she only robbed anyone because she felt that she had to do it to survive and that now that she’s more comfortable, she feels a responsibility not to glorify such crimes in her music.

“I was blessed to be able to rise from that,” she writes, “but so many women have not.”

Cardi has always sold herself as a hustler. This story won’t hurt her.

The scandal is overshadowing Cardi for the time being, but it seems unlikely to slow her down for a long.

For one thing, there’s the difference in degree between what Cardi says she did and what Cosby and Kelly’s accusers say they did. Cosby and Kelly have been accused of repeatedly, over a period of decades, using the power they accumulated as celebrities to drug and rape women (in Cosby’s case) and to rape and abuse women and young girls (in Kelly’s case). Cardi says that she drugged and robbed men before she became a rich and powerful celebrity, in order to survive. Cosby and Kelly have been accused of repeated violent and sadistic abuses of power over decades; Cardi has admitted to a crime of survival.

Drugging and robbing somebody is unquestionably wrong, but Cardi’s sins are on a different level than those of which Kelly has been accused and Cosby convicted. Comparisons between the three are unlikely to stick for long.

There’s also the fact that this story integrates neatly into the existing story of Cardi’s life and the image that she built upon it — because this video was not the first public suggestion that Cardi may have been involved in violent crime in the past.

When her first hit, “Bodak Yellow,” took off, fans began to speculate that Cardi might be a member of the Blood gang: There were the “bloody shoes” featured in the chorus, and her tendency to put a “b” in front of words, like the way she turned “Kodiak” into “Bodak.”

Cardi confirmed the speculation to GQ in 2018. “When I was 16 years old, I used to hang out with a lot of Bloods. I used to pop off with my homies,” she said. “And they’d say, ‘Yo, you really get it poppin’. You should come home. You should turn Blood.’ And I did. Yes, I did.”

In the same profile, Cardi says she pulled away from the Bloods when she started stripping at 19, because she was so focused on making money, and gangs didn’t help with that. She tries not to glorify gang life, she said, because she doesn’t want to encourage young girls to join up (“It doesn’t make your money”), but she also doesn’t want to stop talking about her gang or forget about where she came from.

“You can do your own thing, but you always got to check in with your set,” she said. “You don’t leave your people behind. They will understand I don’t be doing it because I’m an adult now.”

The story worked in 2018 because it was pure Cardi: Cardi is a hustler. She’s a scrappy underdog determined to make money without losing her roots, and she worked for everything she has. She might have been involved in gangs before, but she pulled away because they didn’t help with the hustle. Now she was going to try to keep kids out of gangs because she wanted kids to hustle too.

That’s also why Cardi’s past robberies are unlikely to slow her down now: They fit her image. In the resurfaced video, Cardi explicitly positions drugging and robbing men as part of what she had to do to survive, of how she hustled her way out of poverty and into superstardom. “Nothing was motherfucking handed to me,” she keeps repeating in the video — and so, by implication, she had no choice but to make her own way through life, through robbery if necessary. (Again: drugging and robbing people is extremely bad!)

Cardi’s fans love her because she hustles. And Cardi has already positioned this story in such a way that it can become another part of her mythology. It might overshadow her right now, but it’s unlikely that this scandal will tarnish her image permanently.