After a wait of two years, pop group Clean Bandit have released a sought-after song called Disconnect, to coincide with their set at Glastonbury.

The song, which features pop star Marina and the Diamonds, was first played at the 2015 Coachella Festival.

Ever since, fans have begged the band to release the track - with some of their messages "bordering on abuse". 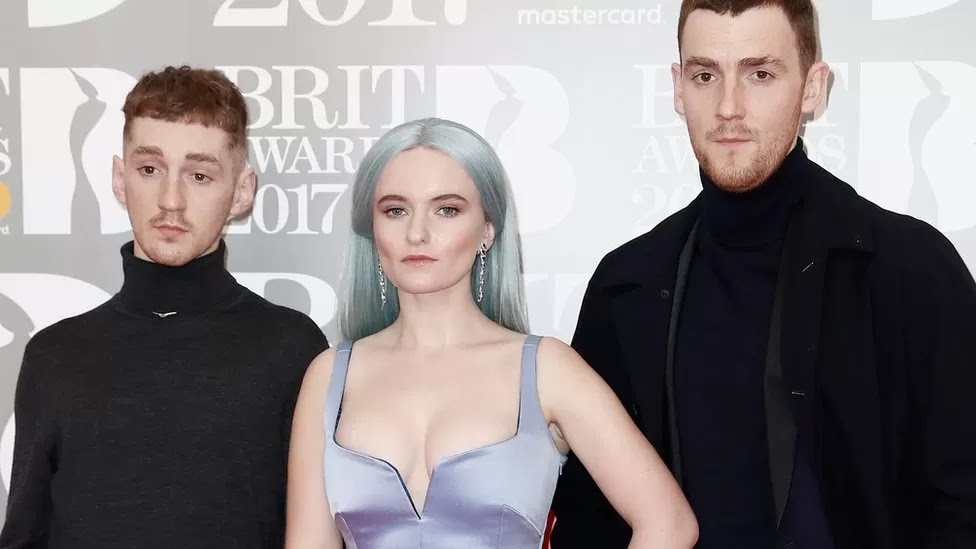 "We got such creative abuse," they told the BBC. "Very inventive and new swearing terms".

Cellist Grace Chatto explained that the song had been through several permutations before they got it right.

"Everything takes so long because we obsess [over it]," she said, "especially because we make our own music videos.

"Every single project takes us about half a year. And everything else gets put to the side."

The band released the song on Friday afternoon, and Marina joined the band on stage to perform it during Clean Bandit's Glastonbury set on the John Peel stage.

The band, which formed at Cambridge University, has become one of the UK's most successful acts, blending dance beats and chamber orchestra strings.

Last year's single Rockabye, which talked about the "daily struggle" of single mothers, topped the charts for nine weeks. The follow-up, Symphony, also reached number one, only dropping out of the top 10 last week - three months after its release.

The group - completed by brothers Luke and Jack Patterson - spoke to the BBC about their success, and plans for a new album, backstage at the Glastonbury Festival.

Fans have been clamoring for that song for years. What was the delay?

We tried loads of different versions before we got it right. And also, everything takes so long because we obsess - Rockabye took months to make, especially because we make our own music videos, as well. Every single project takes us about half a year. And everything else gets put to the side.

After we released Symphony, we were able to focus on loads of other songs we'd started a couple of years ago. And that one, we're so happy to finish. Because really, everyone who heard it online, from the Coachella performance, hounded us in almost abusive ways.