Whether it was fielding questions about whether her mother, actress Melanie Griffith, had seen her breakout role in Fifty Shades of Grey or revealing what happened to her tooth gap, Johnson has seen her fair share of unforgettably uncomfortable moments. 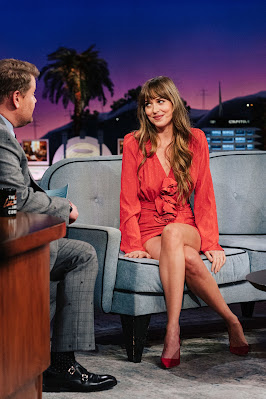 The Peanut Butter Falcon actress, 30, recently made waves when she called out DeGeneres, 61, for failing to RSVP to her birthday party after the host asked her why she had not been invited.

“How was the party? I wasn’t invited,” DeGeneres jested before Johnson quickly said, “Actually, no, that’s not the truth, Ellen.”

Johnson then explained that she made it a point specifically to invite DeGeneres after the comedian gave her a hard time for leaving her out last year. 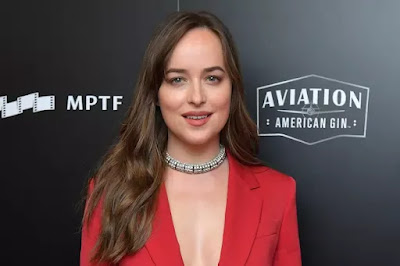 “Last time I was on the show, last year, you gave me a bunch of s— about not inviting you, but I didn’t even know you wanted to be invited,” Johnson said in the recent appearance. DeGeneres responded, “Well, who wouldn’t want to be invited to a party?”

“Well, I didn’t even know you liked me,” Johnson laughed.

“Of course I like you. You knew I liked you,” DeGeneres assured, followed by a brief moment of awkward silence. “You’ve been on the show many times, and don’t I show like?”

In February 2015, Johnson attended the Oscars with her mother where the two had an awkward interview with ABC host Lara Spencer.

When Spencer asked Griffith if she’d seen Johnson in Fifty Shades of Grey, the proud mom said she hadn’t.

“Maybe one day,” Johnson quickly responded, before Griffith said, “I don’t think I can. I think it would be strange.”

Her daughter replied, “No, I don’t think so. I think it’s fine. I think that one day you could see it.”

Griffith said Johnson was “a really good actress, I don’t need to see that to know how good she is,” in reference to her daughter’s sex scenes in the sultry movie.

Undeterred, Griffith responded, “If she tells me to see it, I’ll see it,” to which Johnson said, “We’ll see.”

In August, Johnson was asked about her missing tooth gap while on The Tonight Show with Jimmy Fallon, saying she was just as sad about losing it as her fans.

“Well, so I had a permanent retainer since I was like 13, and it was just glued to the back of my teeth,” she explained to host Jimmy Fallon. “I was having a lot of neck problems recently so my orthodontist, she decided that it would be a good idea to take it off and see if my jaw sort of expanded and it helped me.”

However, when she took off the retainer, her teeth suddenly had free reign.

“And my gap closed by itself,” she said. “And I’m really sad about it too.”

Though sad, the actress admitted she was surprised that so many people were talking about her teeth when Fallon pulled up the multiple headlines based on her now-missing gap.

“The fact that this is a newsworthy event in our world right now,” she laughed.

Johnson said, “The only thing I’m pregnant with is a lot of really good ideas. But not any babies.”

The actress said she was celebrating her 29th birthday with pink and blue balloons that paparazzi mistook as a gender reveal party for herself and boyfriend Chris Martin.

“I didn’t know the balloons were going to be released, it was just an arch, but I guess that accidentally happened. One of the ends was just let go,” Johnson explained. “A lot of people congratulated me [on being pregnant].”