Up until Sunday’s installment, each episode of Starz’s “American Gods” opened with the introduction of a new deity.

The pilot chronicled Odin’s arrival, in AD 812, to the United States. The second episode focused on the African trickster god Anansi and the third on the Egyptian lord of the dead Anubis.

But the self-contained fourth episode, titled “Git Gone,” was told from the point of view of the mortal character Laura Moon. Granted, she’s a reanimated corpse who has to drag her decaying body home from the grave she was recently buried in, but, despite these supernatural roots, the story is all too human.

In fact, the script from “Git Gone” was what convinced Emily Browning to take the role of the recently deceased wife of the main character Shadow Moon (Ricky Whittle).

“I fell in love with Laura immediately,” Browning said over the phone recently. “I’ve certainly never been offered a role like this — someone who is just really not automatically likable in any way.”

Warning: Spoilers from “Git Gone” ahead.

Laura is indeed not positioned to be endearing. Shortly after she’s introduced, it’s revealed that Laura had been cheating on Shadow with her friend’s husband. In the original novel by Neil Gaiman, that’s really all you learn about Laura: She’s untrue, she dies and then returns to guide Shadow on his mythical quest.

Showrunners Bryan Fuller and Michael Green used Sunday’s episode to expand the storyline, explore Laura’s perspective (for better or worse), and then push it even further, asking: What would really happen if someone came back from the dead and their friends and family were angry with them? How do you resolve unfinished business with a zombie? 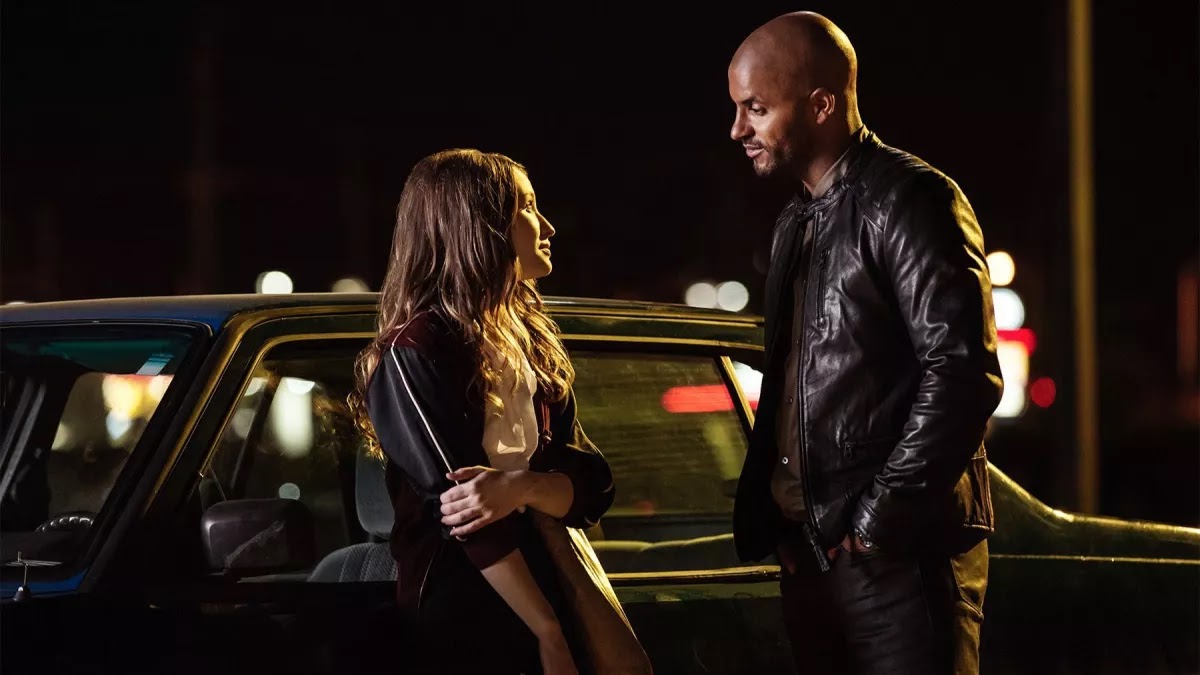 “We were very excited about the chance to tell the story of two best friends who should be in an incredibly huge, life-changing fight, but they can't be because one of them died,” said Fuller, who began working with Green on the showdown between the grieving widow Audrey (Betty Gilpin) and the undead Laura before they even started working on the pilot.

What did you think when you read the script for “Git Gone?”

[Laura] was a really difficult, crass, unapologetic person. That script was the reason that I signed on for the show. I was very excited about that. Then I went back and read the scripts from the beginning; it was very cool to see where Laura fit into the story. I really loved that in the first few episodes we only see her in Shadow's fantasies. She's this idealized, perfect angel version of herself when Shadow dreams about her. And then you actually meet her in Episode 4 and she's really not that person at all.

I didn't finish the book until we actually finished filming. She's a really cool character in the book but you don't really get to learn very much about her.

Bryan and Michael wanted to expand her and learn more about her history. And ideally, that will help the audience empathize with her, to a degree. I don't think it's necessarily going to justify any of her questionable behaviors, but I do think it contextualizes it a little bit.

How did you find a way to relate to Laura?

If I'm portraying any character as a really sick human being, I have to empathize with them to some degree.

There's a lot of ways in which I don't relate to Laura. But the impetus for her behavior, I do relate to that. I understand that feeling not knowing what it is you want to do, wanting to jump out of your skin because you don't know what it is that you want. Everybody knows that uncomfortable, anxious feeling.

The way that Laura deals with that feeling is very different to how I would deal with it. I think that's probably because she feels it a lot more intensely. That was my way in, feeling really misunderstood and not being able to connect with other people. Laura is kind of socially inept in a way. She doesn't really understand how other people work.

What about the actual physicality of playing someone dead, someone who is falling apart. What was that process like?

That was one of the first big conversations that we had. Michael Green and I were discussing, “How does Laura operate considering the fact that she is dead?” We were trying to keep her as human as possible. How do you respond when you don't have to breathe anymore? We decided that Laura physically acts in exactly the same way that she would have when she was alive, but she doesn't have the necessities that she did before. She breathes in an emotional way. She will sigh and she will gasp but there's no need for her to be out of breath ever.

The most interesting thing for me, was the passing of time and what time is to her. When she's waiting for Shadow in the hotel room, there's an effect that we did where the sun comes up and goes down again and we're supposed to believe that she's been waiting in the room for almost an entire 24 hours.

I liked the idea of her just sitting completely still on the bed for that whole time because when mortality is not hanging over you time is meaningless. That was a fun thing to play around with too.

The confrontation between Audrey and Laura is so intense. How did you guys discuss navigating this scene?

All of the credit in the world to Betty Gilpin for making that scene so human and real. I was in awe of her that day. She's somehow giving this really grounded and believable performance where she's meant to be reacting to her friend who has died while sleeping with her husband.

She managed to make it really beautiful and emotional and also hysterically funny. The moment when she says, "I'm a vulgar woman. Grief has made me vulgar." When we were on her close-up, I was crying behind the camera.

I loved the fact that Michael and Bryan wanted to show two female friends who have issues with each other and who are fighting, but there's none of this cattiness and competition that's so often portrayed when you see female friendships on TV and in film.

I love the fact that when Laura comes back, Audrey is very upfront with her. One of my favorite moments is in that episode, when Laura says, "I feel terrible" and Audrey says, “… your feelings." Then they reconnect. Audrey is human enough and adult enough to understand the situation and ends up helping Laura. It's a really beautiful relationship.

How often do you come across a role like this in Hollywood? An undead, unfaithful wife with a new lease on her non-life. 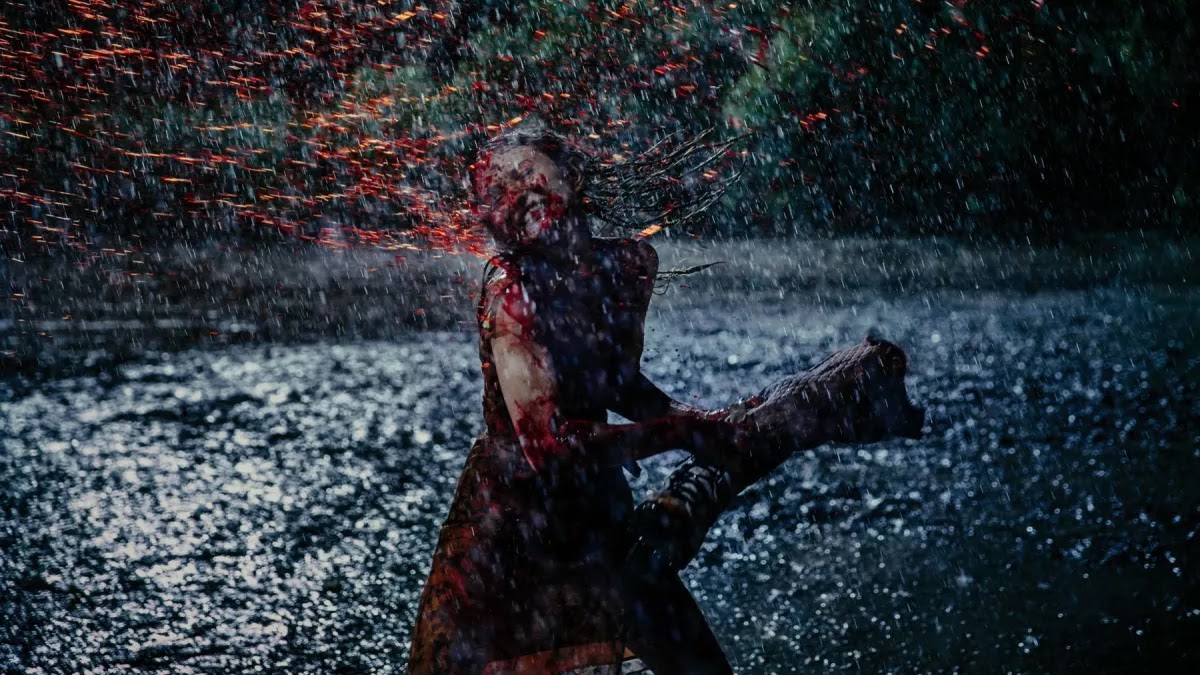 I don't think I've ever read a role like this for myself. I think even when you get sent scripts and you read these really great, interesting, fleshed-out characters so often you're the only woman in the story. Everyone else is a guy. It's like people are slowly getting better at writing one interesting woman for a specific project, but the fact that there were many here was really exciting for me.

I've had meetings before where people are saying, "You know, you're the only girl!" That's not a positive for me. That's not a cool thing. That doesn't interest me. Audrey was even smaller than Laura's character in the book, and Bryan and Michael fleshed her out in such a beautiful way.

Everyone knew Betty was really talented when she signed on, but I don't think anyone expected the performance that she brought.

Yetide [Badaki] as Bilquis gives a beautiful performance as well. Then Kristin Chenoweth, who you guys haven't seen yet, is amazing. Gillian Anderson, it just felt ... I don't know. It felt nice. I felt like I was home with Bryan and Michael when it wasn't even a question for them that they wouldn't have just as many interesting women [as men] be a part of the story.

Do you think people are going to be able to root for Laura now?

I don't know. Some people might, and some people definitely won't. There will be moments when you'll be rooting for her more than others.

There are no real heroes in this show and there are no real villains. Everyone is just trying to figure out how to survive and what their place is in the world. Laura is very much one of those people and I think she's probably going to be one of the trickiest characters to figure out in terms of whether or not you want to be on her side.

Was it ever a bit grotesque?

The funny thing was when we had to shoot the scene where Audrey is sewing my arm back on, by then, I was used to the arm. But it made Betty feel kind of nauseous because she had to sew through the flesh. It was just really funny to all of us who had gotten so used to all of the blood and the gore. She was saying, "What is wrong with you people? This is revolting." That was fun.