It must be so hard to come close to winning a competitive reality show but fall short. For country singer Gabby Barrett it must have been particularly difficult to ultimately land in 3rd place behind Caleb Lee Hutchinson and winner Maddie Poppe when so many predicted the young singer from Pittsburgh would take it all.

It appears that Gabby is still working through some of those post-competition feelings as she spins a few conspiracy theories regarding vote fixing and autotuning after what had to be a disappointing loss. On her social media pages, Gabby routinely engages her fans in the comments sections. And obviously, she feels safe expressing opinions there that she would likely keep to herself during a press interview.

For instance, after fans remarked that a rehearsal version of “Hope You Dance” Gabby posted sounded better than the TV version, the singer claimed that Idol production auto-tuned her television performances, ultimately making them sound “worse.” 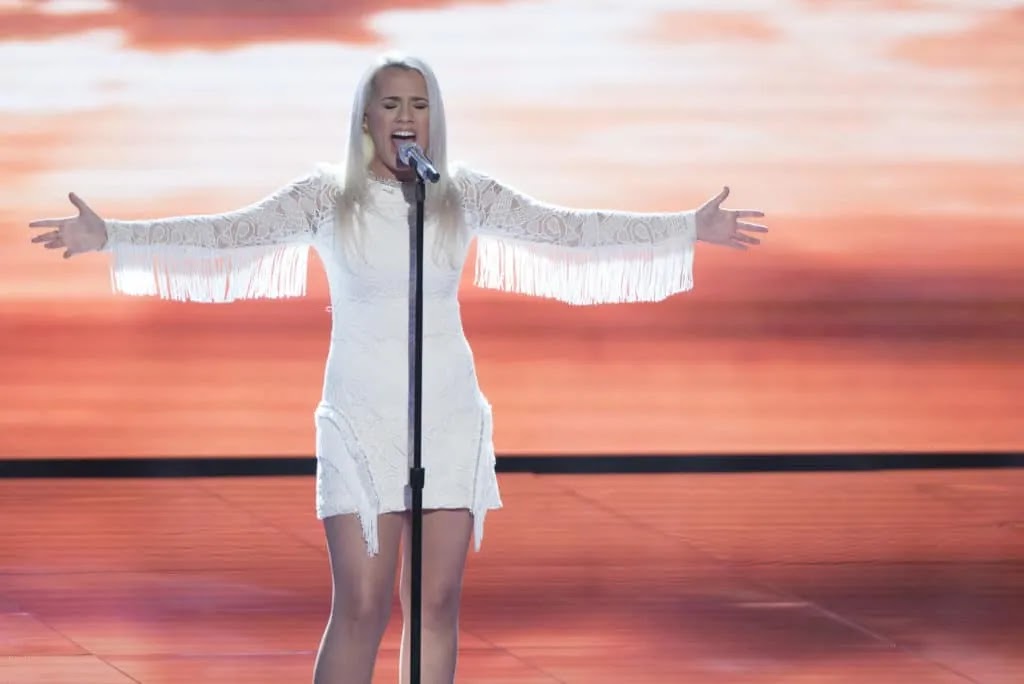 Gabby never offers any proof that American Idol “autotunes” the contestants. What she might be referring to is the difference between how a performance sounds in the studio vs TV. Anybody who has attended a taping of a singing show will tell you that performances sound better/worse in the studio. Also, American Idol doesn’t always do a great job on the sound mix. The Top 14 Performance episode was a mess, for instance.

But here is where Gabby crosses the line. She notes that the American Idol contract she signed states executives can “overrule the votes.” She said in a comment “Disney owns it now. They picked the right person.” 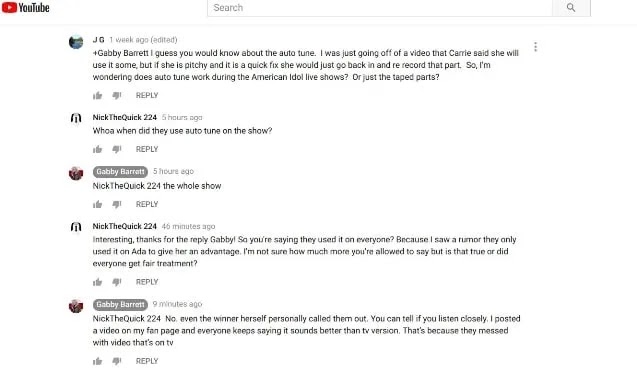 Yes, if American Idol sees irregularities or a problem, they can overrule the votes. But the show would never “fix” the winner. The votes are counted by professional auditors, and to arbitrarily pick a different winner than the voting indicated would be SUICIDE. If it got out that Idol engaged in such chicanery, the show would be taken off the air amid a SCANDAL. Why would any fan bother to vote if the fix was in? American Idol has its favorite contestants and manipulates viewers to vote a certain way at times. But in the end, they accept America’s verdict.

Besides, from where I sit, Gabby was treated more than fairly. She had plenty of pimp spots and was given plenty of air time. She had Steve Freaking Perry cheering her on from the audience! Idol set that up FOR HER.

Gabby lost because she peaked early. Also she never really established a clear identity. She claimed to be a country singer, but then went on to perform pop and R&B songs alongside some country tunes. Maddie and Caleb came on strong at the end and surpassed her. That’s how it goes sometimes. Frontrunners don’t always take the crown. But she’s only 18. She’s got a career ahead of her. American Idol is only one chapter in a long journey. She’ll understand that eventually.