When Hailee Steinfeld dropped her latest single on New Years' day, listeners were quick to draw the line to her most recent ex, Niall Horan, through lyrics. 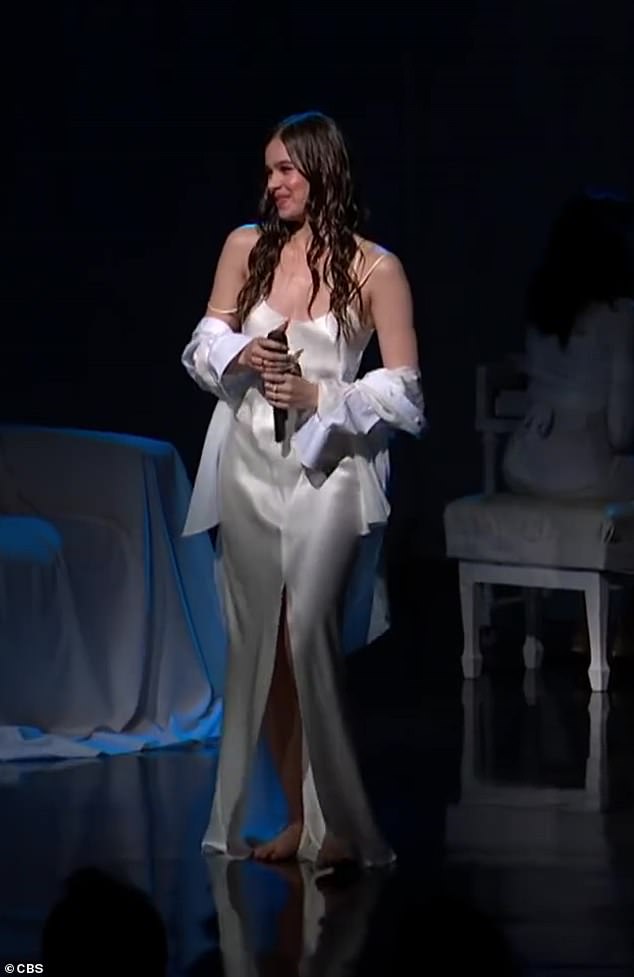 And over a month later the singer and actress, 23, performed Wrong Direction on the Late Show with Stephen Colbert on Monday night.

She took the stage, with white furniture, a chair, and a couch draped in a white sheet, barefoot and with a wet hair look.

The background changed with purple hues and blue patterns as she sang her way through the song.

On Twitter, she wrote: 'I performed Wrong Direction for the first time tonight on @colbertlateshow.'

Adding: 'I didn't expect it to be as hard as it was...the second I started singing I felt like my heart stopped. Hurt so good.'

The performance was dramatic and due to the nature of the lyrics, it's easy to see how it can be emotional.

The track doesn't mention her 25-year-old ex-boyfriend by name, but it strongly hints he cheated on her.

She begins the melodic track by stating, 'I don't hate you,' adding that she couldn't if she wanted to, but, 'I just hate all the hurt that you put me through.' 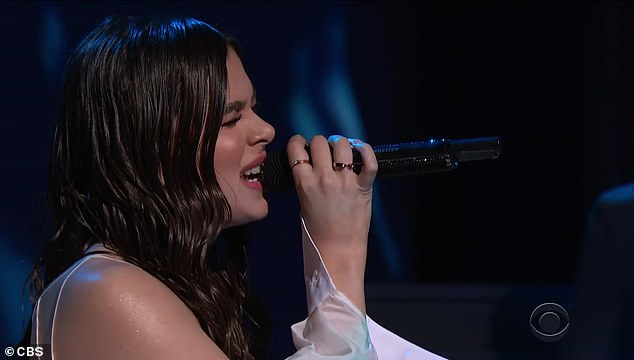 'And that I blame myself for letting you/Did you know that I already knew?' she continues.

'Couldn't even see you through the smoke/Lookin' back, I probably should have known, but I just wanted to believe that you were out sleepin' alone,' she sings.

She doesn't reveal who Horan may have been cheating on her with, but it's clear that she was hurt by the ordeal.

'Hold me with your worst intentions, paint it as a happy ending, every time you burn me down, don't know how,' she adds.

'For a moment it felt like heaven, and it's so gut-wrenchin', fallin' in the wrong direction,' Steinfeld sings.

She also sings about Horan's ego, stating, 'On my tip-toes, but I still couldn’t reach your ego, guess I was crazy to give you my body, my mind.'

'Everyone thinks that you're somebody else, you’ve even convinced yourself,' she added. 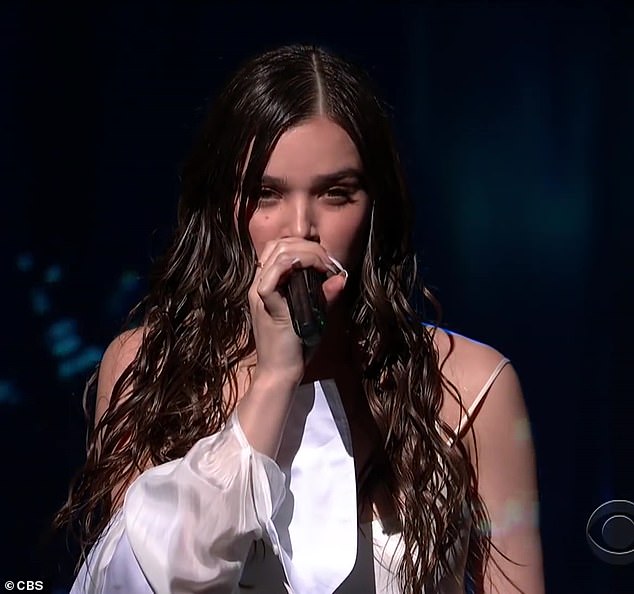 Horan also admitted that the break-up provided some inspiration for his own new album, in a recent interview.

'I had just gone through a breakup, which helps when it comes to writing songs, I guess. It helps vent the emotions,' he said.

'Going through heartbreak helped write the ballads, even some of the happy songs, the sad songs that are dressed up as happy songs sometimes,' he added.

Horan was the subject of another song five years ago when Ed Sheeran wrote the 2014 song Don't about Ellie Goulding cheating on him with Horan.

Steinfeld hasn't been linked to anyone since breaking up with Horan, though Horan has been rumored to be dating Selena Gomez.