While Hollywood may appear to be all glitz and glam on the surface, the industry has seen its fair share of scandals through the years.

The New York Times and the New Yorker first published investigative pieces that accused disgruntled movie producer Harvey Weinstein of decades of sexual assault and harassment in 2017. Soon after, Weinstein stood trial and was convicted of felony sex crime and rape. 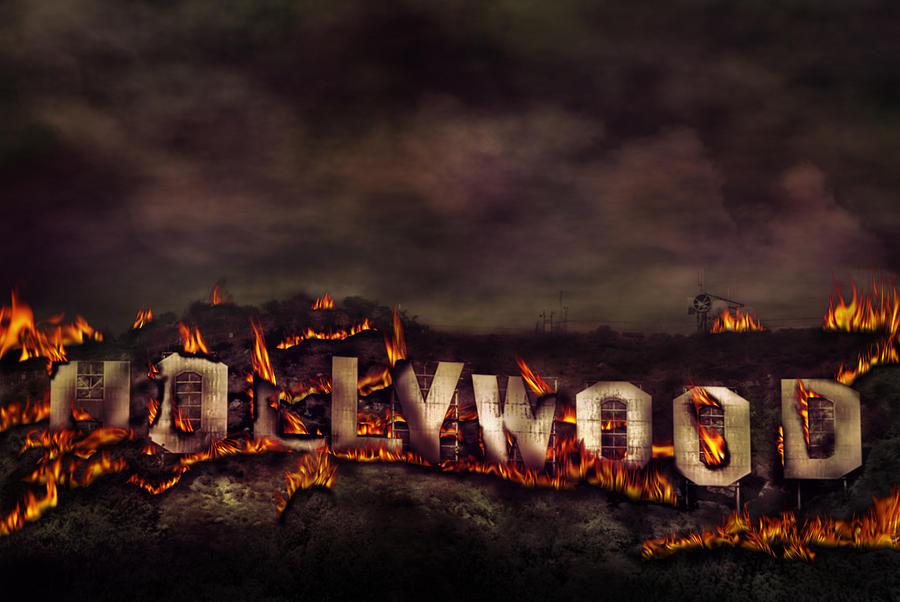 Manhattan District Attorney Cy Vance, Jr. said in a statement in March 2020, “We thank the court for imposing a sentence that puts sexual predators and abusive partners in all segments of society on notice. We thank the survivors for their remarkable statements today and indescribable courage over the last two years … Their words took down a predator and put him behind bars, and gave hope to survivors of sexual violence all across the world.”

Weinstein’s trial and sentencing sparked the global #MeToo and #TimesUp movements across the industry with many actors, production staffers, and more individuals coming forward to share their stories of alleged misconduct.

“To keep it somewhat vague … I think along with a lot of other people we’ve all had our experiences like that and until it’s happened to you, you kind of don’t really understand how it can affect you and everyone around you and I just feel very honored to be around a lot of powerful women that are speaking up about it and I think that’s where the change starts is when people start talking because you never know who’s listening or whose life you can impact,” Lucy Hale exclusively told Us Weekly in January 2018. “You know, you see the change happening it’s really an exciting time even though it started from dark times for people, I think the payoff will be extraordinary.”

After accusations of drugging and sexually assaulting women, Bill Cosby faced trial in 2017 and was convicted by the jury and sentenced to three to 10 years in prison. In addition to his sentence, the judge deemed the former actor a “sexually violent predator,” which meant he needed to undergo lifetime counseling and appear on a sex offender registry.

Cosby was released from state prison in June 2021 when his conviction was overturned after the Pennsylvania Supreme Court ruled that he had been denied his rights when providing self-incriminating evidence in a civil suit later used to convict him in the criminal case. While The Cosby Show alum asserts his innocence, an array of celebrities and notable personalities have spoken out about the injustice of his release.

Dylan Farrow, who previously accused her father, Woody Allen, of sexual misconduct in 1992, tweeted her thoughts on Cosby’s release at the time: “The fact that Bill Cosby, after being accused by 60 brave women, could have his conviction overturned by a technicality, and that James Franco could settle for millions of dollars as ‘compensation’ for the lifetime of the trauma he inflicted is a travesty. It is a perfect example of how not just our society, but our justice system, continually fails survivors of sexual assault.”

According to the Associated Press, the Jerry Maguire actor pleaded guilty in April 2022 to forcibly touching a woman during an alleged encounter at a New York City nightclub in 2018. Gooding was arrested in June 2019 after allegedly groping a woman without her consent. He was later charged with two additional counts after two other women presented similar allegations. Gooding previously pleaded not guilty to the misdemeanor charges.

The former reality star was arrested and taken into custody in Arkansas in April 2021. He was charged with receiving and possessing child pornography. If the former 19 Kids and Counting star is found guilty, he could face up to 20 years in prison and $250,000 in fines for each count. While his trial was set to begin in July 2021, a judge granted his request to push the trial back until that November, according to documents obtained by Us in June 2021. Duggar’s attorney entered the defendant’s not-guilty plea in an April 2021 hearing. Previously, Duggar made headlines in 2015 when multiple girls — including several of his sisters — claimed the Arkansas native molested them when he was a teenager. Shortly after those claims, he admitted he had cheated on his wife and went to a rehab facility.

Shortly after And Just Like That premiered in December 2021, two women accused Noth of sexually assaulting them in the 2000s and 2010s. One woman told The Hollywood Reporter at the time that the alleged incident occurred at the actor's Los Angeles apartment in 2004 when she was in her 20s. The second accuser claimed the Sex and the City alum "totally violated" her in New York City in 2015, three years after he married Tara Wilson.

The TV star denied the "categorically false" accusations in a statement to Us at the time before Peloton scrapped their Mr. Big-inspired ad, which Noth starred in. Zoe Lister-Jones later claimed that Noth was "inappropriate" and "drunk" while she guest-starred on Law & Order, penning a lengthy Instagram statement praising the women who "bravely" shared their stories.

The Republic Records Group president was accused of sexual misconduct by former Sony colleague Tristan Coopersmith in an open letter in January 2018. She alleged that he sent her explicit text messages, groped her at business dinners and made unwelcome advances toward her. Though he has denied the allegations, claiming he worked with her 15 years ago “without incident," he resigned on February 1, from Fox’s singing competition show The Four: Battle for Stardom, in which he was a judge on. Republic Records later confirmed on March 28 that “Republic Records and Charlie Walk have mutually agreed to part ways.”

Seagal was accused of sexually assaulting an extra named Regina Simons on the set of On Deadly Ground in 2005. Variety reported in January 2018 that the Los Angeles Police Department opened an investigation against the actor. The Wrap adds that former model Faviola Dadis also accused Seagal of groping her during an audition at a hotel room in 2002. Several other women, including Portia de Rossi, Julianna Margulies and Katherine Heigl, have previously accused Seagal of sexual misconduct over the years, according to Variety. He has denied some of those claims.

The actor denied sexual harassment allegations in an interview with Deadline on January 9, 2018. He came forward preemptively after being contacted by Variety and The Hollywood Reporter about claims of sexual misconduct made against him by a former employee he worked with 30 years ago. "This is a complete lie, fabrication, no truth to it whatsoever," he said. “I’d confess to anything I thought I was responsible for.”