North Carolina native, Bellamy Young, is a “mountain girl” at heart. But these days the Scandal alum has traded the Blue Ridge range for the Hollywood Hills. 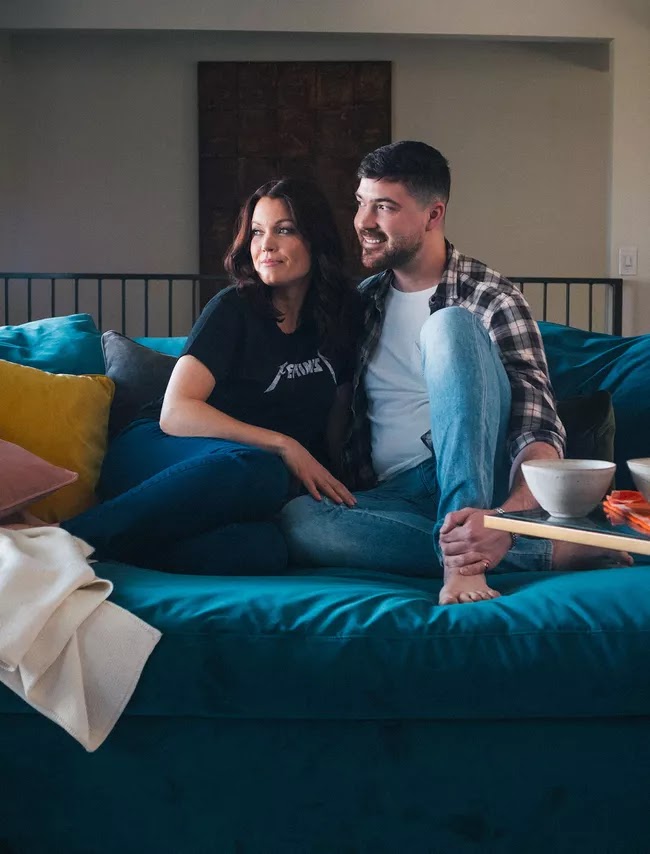 “I need green and lots of trees everywhere. For a country gal like me, it feels like home,” the actress, known for portraying First Lady turned POTUS Mellie Grant on the hit series, says of her Spanish-style abode, featured in the summer issue of Naturally, Danny Seo.

She only recently decorated the house, despite having lived there for five years. “I was heading into a new chapter in my life. It was time,” she explains. Scandal ended in April after seven seasons, and Young has just started filming a new show, the ABC drama-comedy False Profits.

Luckily, she got some help from a serious design fixer, Mitchell Gold + Bob Williams’ Michael Erno (pictured with Young, below), who helped bring her vision of “glamour, glamour, glamour!” to life.

A super-luxe blue velvet sofa is the centerpiece of her living area. “The color is devastating,” says Young. But more importantly, she’s “able to fall into [it] and immediately take a nap.”

The “Old Hollywood” vibe continues in her master suite, which features an extra tall headboard — “so I can be in bed and watch TV, or read a script” — and in her dressing room/yoga studio, where another velvet settee and pebble-shaped table take center stage. 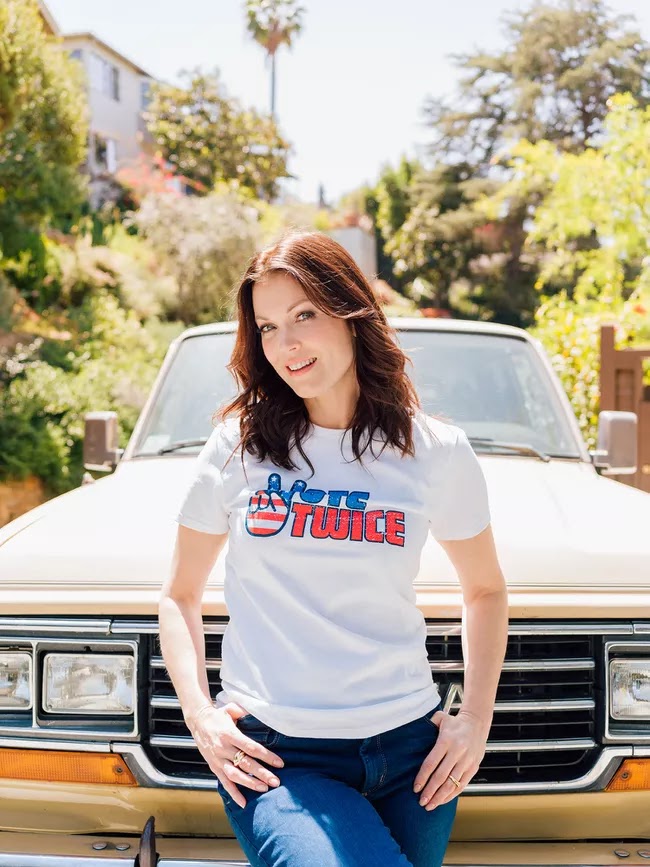 But her home isn’t all for show. The animal advocate and foster mom took her four-legged family members into account when choosing materials for the furniture because, she says, “At some point it’s going to get peed or thrown up on, right? I wanted everything to be pretty but I can’t be too precious about it.”

Young currently has three cats, Sadie, Max, and Button; and a chihuahua-pug mix, Bean. She’s “what I call a rescue ‘fail’ because I took her in to foster and ended up keeping her for myself. She’s such a lover.”

Her Scandal castmate Kerry Washington even chipped in to help Young outfit the space. “She gave me a Tomorrow Sleep mattress,” which she describes as “Heaven!”

Despite the show wrapping, the cast is still close (and even vacations together). “The thing I was most worried about was losing my Scandal family,” she tells the outlet. “I love everyone so much, but we all stay in touch and that will never go away.”

Read the full feature and see more photos in the summer issue of Naturally, Danny Seo, on newsstands now.